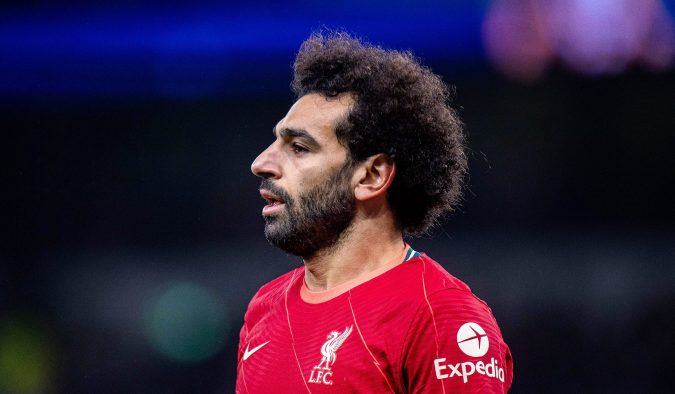 The first major domestic cup competition is up for grabs on Sunday afternoon as it pins two of the English giants against each other.

Reigning European and newly-crowned World Champions Chelsea take on title-chasing Liverpool at Wembley Stadium and both sides will be determined to add further silverware to their already congested trophy cabinets.

Sky Bet have Super Boosted Mo Salah to 3/1 (from 6/4) to score in the match, available for new and existing customers.

If you don’t have an account you can also get £20 in free bets when you sign up and bet £5. Meaning, if you bet £5 on the Mo Salah Super Boost you will also unlock £20 in free bets.

No doubt it will be an interesting spectacle between two of the best sides in World football. There is no love lost between Klopp and Tuchel either which will add even further spice to an intense affair.

Liverpool are likely to be without both Jota and Firmino this weekend through injury so the exciting front 3 of Sadio Mane, Luis Diaz, and of course Mo Salah are likely to cause havoc against the back three of Chelsea.

The dynamic trio started in attack against Leeds in midweek and fair to say they were a joy to watch in their crushing 6-0 win. Salah bagged another brace to take his goalscoring tally for the season to 27 in just 31 appearances.

The speed at which Salah has surpassed this though is particularly frightening, as the Egyptian managed this in 72 fewer games than Drogba.

Salah will start on the right-hand side of the Liverpool attack as he always does and his direct opponents on the day will be a combination of Marcos Alonso who will start left wing-back and Thiago Silva who will likely start on the left-hand side of the Chelsea back 3. It is no secret that Alonso is far better going forward than he is defensively and I fancy Salah to get plenty of joy.

Klopp will be aware of Alonso’s defensive deficiencies and will no doubt target the Spaniard and opt to give the ball to Salah as often as possible and let him drive one against the Chelsea Wing-back. I will touch on Silva too, no doubt he is a fantastic defender but at 37 it very much remains to be seen whether he can deal with the pace and physicality of Salah.

Salah has a fantastic recent record against his former club scoring in each of his last two appearances against them netting in the 2-2 draw at the Bridge in January and the 1-1 draw at Anfield back in August of last year.

Also worth mentioning that Chelsea haven’t been particularly convincing for a number of months now. That might sound strange given they were just crowned World Champions and their 2-0 win over Lille recently sees them pretty much guaranteed a place in the Champions League quarter-finals.

However, those who have watched them will understand what I am saying, it is no surprise to have seen them drop out of the title race quite rapidly since Christmas and they are now looking over their shoulder at Arsenal and Manchester United rather than up at Man City and Liverpool.

Klopp has the better team and better individual players than Chelsea, so Tuchel has his work cut out in terms of devising a tactical plan to beat Liverpool. Right now, Liverpool are arguably the best team in Europe and their 6-0 win against Leeds in midweek underscored their incredible attacking threat.

All things considered, then I strongly fancy Liverpool in this one and with that, a Salah goal seems almost inevitable. At odds of 3/1 it is a truly fantastic boost and fingers crossed he can deliver the goods for us on Sunday!

👉🏼 Haven’t got a Sky Bet account to claim this offer?

Sign up to Sky Bet and you will get £20 in free bets when you bet £5, perfect for this exclusive Mo Salah Super Boost. Click the button below to join Sky Bet today.

How to watch Liverpool v Chelsea in the Carabao Cup Final