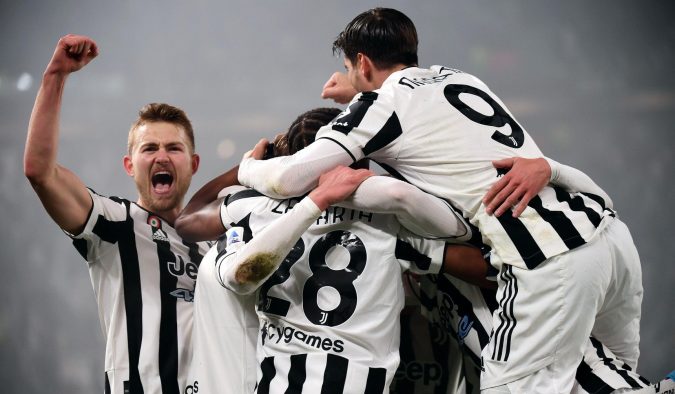 Sunday’s Serie A action concludes at the Gewiss Stadium as Atalanta host Juventus in a game that is vital for the top of the table. With Juventus not performing to their usual standards of dominating in Italy in recent years, they find themselves in a position where they are trying to gain ground which has been lost to teams at the top. Recent form from Juventus looks to have been improving, and they shouldn’t be ruled out as a side that could pose a threat for the title.

Atalanta have been playing well this season, and their performances have resulted in them sitting nicely in 5th place at the start of the weekend’s action. They are two points behind their opponents on Sunday in 4th, with a game in hand, and four points above 6th place. If results go against them before they kick off on Sunday night, they won’t lose any positions but could be one point above 6th and 7th place but will have two games in hand on both. Juventus, as mentioned, find themselves in 4th place. Their position won’t budge due to no teams below them being close enough to threaten them in this round of fixtures. Looking forward, they are seven points behind 3rd place and only eight points from top, which can change before they play on Sunday.

Juventus have managed to put a good string of results together, as they are unbeaten in ten games in the league. More recently, they have picked up five wins in their last eight, showing that they are on a roll to start charging towards the top of the table. Looking back, the last game that they lost in the league was the reverse fixture, as Atalanta beat them 1-0. With that match being played in the midst of poor form from Juventus, many feel like they can get the better of them this time around.

Atalanta have had opposite fortune to their opponents. Not only did they lose their last game in the league, but they lost their last game in all competitions, as they were on the wrong end of a 5-goal thriller in the cup. The hosts have only picked up three wins in their last eight, which is less than impressive. Being a team that are currently in 5th place in the table, better form is expected of them.

Have a look at my bet builder selections below to see how I think the game will unfold and have a glance at the Cheat Sheet and enjoy some Sunday night entertainment.

A costly game at the top of the table with two teams that are producing a run of different results shouts drama. Juventus will be looking to carry on growing their unbeaten run as they will be maintaining belief that their hopes of the title aren’t over. Atalanta will be looking to produce some good fortune, but recent results show that they may have trouble at doing so. Because of the form that both teams are in, I don’t expect the competitiveness of the game will be as tight on paper as 4th vs 5th, as it may be an easy task for Juventus to get the better of their opponents. Because of this, I’m expecting over 2.5 goals in the game.

Even though Atalanta haven’t been collecting the results that they would be expecting of themselves recently, the games have been entertaining. They have seen 24 total goals in their last eight games, showing that during their matches, action isn’t something that is lacked.

Analysing the goal records of both teams this season, Atalanta have seen an average of 3.27 match goals in their home games. Juventus have a similar record when they are away, which shows that they see 2.75 match goals on the road.

Looking at when the goals will be scored, Juventus have seen over 0.5 match goals before half time in 88% of their league games. This shows that it’s not very often they go into the break with the deadlock not broken and gives you an idea of what to expect in the timeline of the match. With Atalanta, they see some more drama in the first half, as they see over 1.5 match goals in 57% of their league games. This outlines that it will be a good chance that this selection could almost be completed before the break.

This selection should be the easiest to explain: the man is on fire. Dusan Vlahovic is Juventus’ newest star player, as he has just recently completed a €75m move from Fiorentina. Even though it is early in his Juventus career, it shows like the money will be well spent as he has already scored two goals in two games (across two competitions). Enjoying life at his new club, I expect him to carry on his fine form and continue to fulfil his price tag by scoring in the match against Atalanta.

Looking at his performance in his one Juventus league game, Vlahovic was able to create five shots for himself, working four of those on target. This shows that he has already slotted in comfortably in the Juventus attack and has easily adapted to his new club as he has continued his previously proven excellence in the Serie A. Turning our heads to his stats this season for Fiorentina, Vlahovic managed to register 3.34 shots per game, which reinforces our knowledge of his tremendous goal threat.

Looking at his performance for his previous club, he had already picked up 17 goals for Fiorentina this season, which has contributed to him being 2nd in the Serie A top scorers list. When you work out his goals per 90 minutes, the Serbian manages 0.82 goals per full match, which provides us with the key insight that he is always in the thick of the action and contributing to his team’s success.

Coming up against an Atalanta team in average form, this will provide Vlahovic with an excellent opportunity to start growing his Juventus goal tally. He will be full of confidence due to his great performances in his first couple of games for Juventus, which is why I expect the 22-year-old to get on the scoresheet.

Marten de Roon to be Booked

Due to Atalanta’s poor recent form which can lead to an easier fixture for their opponents, I expect that Atalanta will spend most of their time defending, as well as trying to not get caught out on the break when they attack. Even when Atalanta managed to pose a threat themselves, they will have to keep a Juventus break in mind as a flurry of world-class attackers can easily catch the hosts out. Looking at the players that are prone to committing the most fouls from the Cheat Sheet, my pick is for Marten de Roon to pick up a yellow card.

Looking at when de Roon isn’t in possession, his success with pressuring the opponents is only 30%, providing a large margin for error and committing fouls against players that are experts in getting the better of their opponents. With the referee in charge of the game dishing out 4.56 yellow cards per game this season, this makes it ever more likely that it will be easier for de Roon to test the patience of the referee, as not many chances will be offered to the midfielder if he keeps getting on the wrong side of Juventus’ attackers.

Back the 7/1 Atalanta v Juventus Bet Builder below ⬇️

Sign up to Paddy Power and get a full refund if your first bet loses. Grab an account through the offer below and place £30 on the 7/1 Atalanta v Juventus Bet Builder. Here are the two possible outcomes:

How to watch Atalanta v Juventus in the Premier League