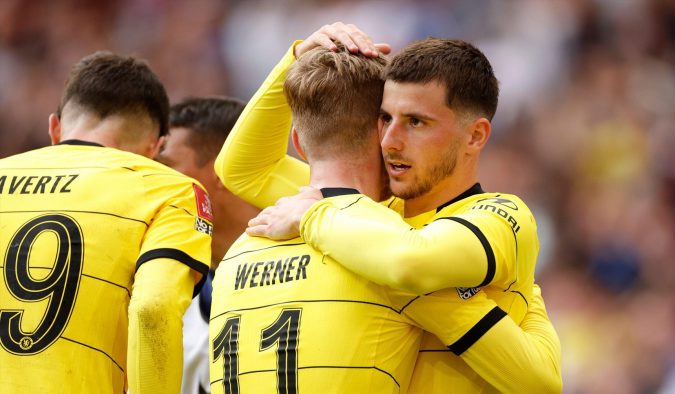 After their midweek loss to Arsenal, Chelsea’s position in third place is looking slightly more precarious than it previously did with just five points separating them and 5th. Whereas West Ham occupies the seventh position, five points behind fourth-placed Tottenham Hotspur having played one more game. So, a win for either side would really help the team’s Champions League push. As a result, the stage is set for an interesting London derby on Sunday and I have put together my top 4 Bet Builder Tips along with a prematch cheat sheet and my predicted lineups to help anyone looking to place a bet on this fixture.

In recent months Chelsea looked to be guaranteed a place in the Champions League next season but a run of some poor results and losses to rivals means Thomas Tuchel’s side will just be beginning to grow concerned about the chasing pack. However, with a game in hand on Arsenal and Tottenham and two less played than united Chelsea are still in a very strong position to secure a top 4 place and this coupled with a trip to Wembley for the FA cup final fans of the South London side still have a lot to look forward to in the remainder of the season.

West Ham will be hoping that the off fields issues within Chelsea are begging to become a distraction as they desperately need a win in this fixture to secure a Champions League position through domestic success. I say domestic success as David Moyes’s side’s impressive performances in the Europa league mean they can still secure a position in Europe’s top competition by winning the tournament.

However, West Ham have only won 1 of their last 4 in the Premier League and so it seems unlikely they will mount a push in their remaining fixtures, instead choosing to focus prominently on European success. However, with this match being a derby and Chelsea’s recent struggles this game is still likely to be competitive and difficult to call.

In Chelsea’s last 6 games the selection of over 2.5 goals has landed in 5 of them, with the last time the side participated in a league game with under 3 goals coming over a month ago when they beat Newcastle 1-0. For their league season as a whole 17 of their 31 matches, have seen at least 3 goals scored.

With a hit rate of 55%, there is defiantly more than a possibility of this selection landing but given the recent trend in which Chelsea have scored a high number of goals in matches, shown in the 6-0 victory over Southampton, but also conceded heavily, evident in their last fixture where they lost 4-2 to Arsenal, there is a strong possibility of success with this selection.

West Ham also shares a success rate of 55% for this selection with 18 of their 33 Premier League fixtures featuring over 2.5 goals. However, when playing sides that currently sit in the top 6 of the table, this selection has landed in 6 of their 9 games this season at a much-improved rate of 67%. This includes the reverse fixture of this match in which West Ham won 3-2 at the London Stadium in December, a not uncommon scoreline for the Hammers as this was also the result against Liverpool in November.

Finally, 3 of the last 4 meetings between these two squads have seen this selection land, often irrespective of the result. For example, Chelsea won convincingly 3-0 last season but in those 4 games, West Ham have also been victorious twice with both games finishing 3-2 to the home side.

Over 2.5 goals in this match is priced at 1.65 on Paddy Power and given the recent trends of these two squads coupled with the history of this fixture this selection has a very strong possibility of landing.

West Ham to have 4+ Shots on Target

In their games, this season West Ham has the second-highest number of matches with both teams scoring. In 21 of their 33 Premier League fixtures this campaign both teams have found the net and against sides in the top 6, this remains consistent as in 5 of the 9 fixtures played against these teams both teams have scored. I expect this trend to continue into this match as West Ham have consistently put on strong performances against the stronger Premier League sides this season and I expect them to do the same on Sunday. This strong performance will likely include the Hammers finding the target on at least 4 occasions.

West Ham already averages 4.3 shots on target per game, enough to make them the 8th most productive team in the league for this stat, an average that will be enough for success with this selection if met in this fixture. Equally, this selection has landed in 6 of West Ham’s last 10 fixtures across all competition. This selection also often lands despite West Ham only scoring once evident in their last fixture against Burnley when they had 8 on target in the 1-1 draw. Impressively this selection has also landed in previous fixtures where Moyes’ side failed to score such as against Liverpool where they had 5.

The fact that West ham often reaches this target in low scoring games is reassuring but, in a match, where a high number of goals is more than likely, this stat reaffirms the possibility of success in this fixture. The only clear concern for success is the fact that Chelsea’s opposition has only averaged 3.29 shots on target per game which is just below the required rate. However, this selection has been successful for Chelsea’s opponents in 4 of their last 6 games. In this run, they also comfortably beat sides like Southampton 6-0 so against competitive opposition in a London derby, this average is likely to rise.

West Ham to have 4+ Shots on Target is priced at 2.3 on Paddy Power and as the highest odds selection of this bet builder, it will offer a very strong boost if successful.

Prediction: West Ham to have 4+ Shots on Target

Jarrod Bowen to have 1+ Shot on Target

With the previous selection needing West Ham to record 4 or more shots on target in this fixture to be successful it is worth looking at the cheat sheet to see who the likely candidate or candidates are to grab these. Benrahma and Antonio both average around 0.8 shots on target per game whilst taking a large number of shots in each fixture. However, Benramha has only started 1 of West Ham’s last 4 fixtures and Antonio has not scored in any of his last 10 fixtures. Therefore, the clear candidate to record a shot on target for West Ham is Jarrod Bowen.

Bowen has been one of the standout players for David Moyes’ side this season performing both domestically and in Europe. He has also been one of the first names on the teamsheet this season missing only 2 Premier League games all campaign and averaging 84 minutes per game. Promisingly for us, Bowen also averages 1.04 shots on target per game and has also had a shot on target in 4 of his last 5 fixtures.

Bowen also scored 3 goals in those 5 fixtures, so it is definitely worth investigating Bowen to score anytime at a very healthy 4.5. However, for this selection, I am personally going to suggest the much safer option of Bowen to have 1+ Shot on Target at 1.73. Which is still very well priced when compared to the previously mentioned Antonio who is priced the same despite his recent poor form.

Prediction: Jarrod Bowen to have 1+ Shot on Target

Timo Werner to have 1+ Shot on Target

Timo Werner often gets a lot of stick for his performances since joining Chelsea in the 2020 summer transfer window and rightfully so in October 2021 ESPN found Werner had scored an incredible 16 disallowed goals an absolutely ridiculous number for who at the time was the first choice striker for one of the best sides in the world. However, recently he has had an uptake in form, recording 4 goals and 2 assists in his last 4 games and with Lukaku not scoring in the league since September he is likely Touchel’s choice to start alongside Havertz for this game.

Werner averages 1.01 shots on target per game, enough for this selection to land alone. However, he also takes a very high number of shots, averaging the most of any player likely to start in this game at 3.21. This suggests that there is certainly a chance of him increasing his shots on target average in this game but with this not being required for our selection we should be comfortable in Werner finding the target at least once. Werner has found the target in 4 of his last 5 games so hopefully, his form carries over to this fixture.

Timo Werner to have 1+ Shot on Target is priced at 1.33 on Paddy Power and if successful it will add a small but not insignificant boost to the overall odds of the overall bet builder

Prediction: Timo Werner to have 1+ Shot on Target

Back the 5/1 Chelsea v West Ham Bet Builder below ⬇️

Sign up to Paddy Power and get a full refund if your first bet loses. Grab an account through the offer below and place £30 on the 5/1 Chelsea v West Ham Bet Builder. Here are the two possible outcomes:

How to watch Chelsea v West Ham in the Premier League