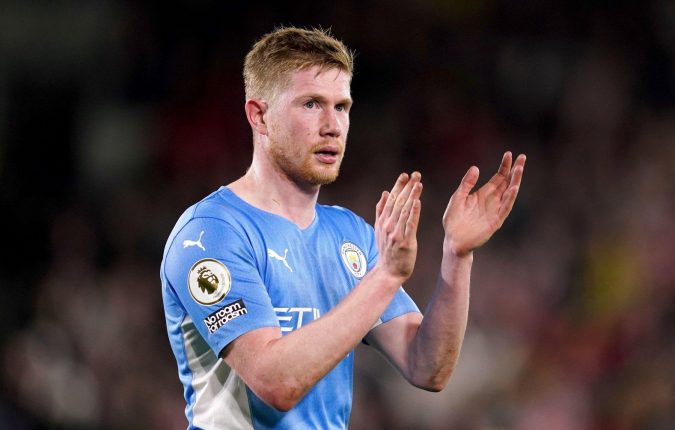 Premier League action come to an end for the weekend as Crystal Palace host league leaders Manchester City at Selhurst park on Monday night. Man City will look to regain that 6 point gap between themselves and Liverpool at the top but it will be no easy task with Selhurst Park being a difficult place to go for any team. Pep Guardiola admitted that this, along with the rest of their 10 remaining games, are a cup final in the run in as they battle it out with Liverpool to regain their title.

Palace are flourishing under Patrick Vieira this season, he seems to be getting the best out of his players with the standouts being Mitchell, Guehi, Zaha and loanee Gallacher. Palace go into this with only 1 loss in 8 games which came from a late goal against Chelsea.

This will be a real test for Manchester City, they are going through a bit of an injury crisis at the back just now with Dias being ruled out, alongside Nathan Ake who is a doubt for this one too. Cancelo missed out against Sporting due to illness but should return for this and Kyle Walker will be available for selection again after serving his second game of suspension in the Champions League.

Both Palace and City’s last defeat came on 19th February and have since won 3 and drawn 1 in all competitions. The last time these sides met, Crystal Palace provided a shocker beating City 2-0 at the Etihad thanks to goals from Gallacher and Zaha.

Take a read of my selections below for some researched tips if you need some inspiration for your bets, I  have also made a pre match cheat sheet to get stuck into so have a read of that and enjoy this Monday night thriller at Selhurst Park!

Conor Gallagher to be shown a card

My first selection of the bet builder focuses on Conor Gallagher, he has easily been one of Palace’s standout’s this season and played a key role in Viera’s midfield. The Englishman has the capability to lose the head in big games and I fancy him to pick one up here for the following reasons.

As you will see from the cheat sheet, Gallagher sits top for ‘fouls committed’ with a fairly high average of 2.52 per game. He will likely be playing on the left of the midfield in his usual spot and on his side could be one of the most fouled players in the Premier League – Jack Grealish. Grealish averages 3.18 fouls per game and has the ability to win these due to his quick footwork and dribbling technique. The alternative to Grealish would be Raheem Sterling who also averages a high number of fouls drawn per game with 2.21. Either way the left wing for city will be occupied by a talented winger who likes to draw fouls from their opponents. It will also be difficult for Gallagher in the midfield battles as he will be up against some of the best in the league including De Bruyne, Foden, Rodri and Bernardo Silva.

Gallagher has fouled the second most times in the whole Premier League with 47 committed so far this season, which has seen him pick up 7 yellow cards already. We have seen Gallagher pick up bookings in big games this season, he has been booked against both City and Liverpool already this so we could see him pick up another one on Monday.

Prediction: Conor Gallagher to be shown a card

When it comes to bet builders and Man City, I rarely look past a corner’s selection for the Citizens, their corner stats are outstanding and they seem to keep their average up every week with their high pressing, attacking football.

Man City are storming ahead of opposition in terms of corner count this season having won 242 corners in 28 games, meaning they average 8.6 corners per game! They currently have 32 more corners than any other Premier League team, Palace average 5.21 corners conceded per game, and I think they could be pinned into their own half if City have their way.

Perhaps the best midfielder in the Premier League, Kevin De Bruyne put in a fantastic display in the Manchester derby last weekend, scoring 2 and assisting 1 as City hammered their rivals 4-1. De Bruyne tucked away 2 close range finishes from his 4 shots on target against Man Utd and I am backing him to get at least 1 shot on target here.

The Belgian was rested in Man City’s second leg Champions League fixture as City had done all the work in the first leg to see them go to the Etihad 5-0 up on aggregate. This meant it was a matter of playing out the 90 minutes and Pep opted to rest his key man in the midfield. De Bruyne will return to the starting line-up again on Monday night and there’s no doubt he will have some sort of impact.

With City’s lack of an out and out striker, De Bruyne has often played that false 9 role for Pep which helps him get chances in front of goal, his positional awareness is brilliant which helps teammates pick him out, which sees him get chances at oppositions goals and quite often he tucks them home.

On the cheat sheet, De Bruyne averages 1.31 shots on target per game making him a huge threat to defenders. He’s in good form and should be up for it after missing out midweek so hopefully we see him put on another show like he did against Man Utd.

Sign up to Paddy Power and get a full refund if your first bet loses. Grab an account through the offer below and place £30 on the 6.37/1 Crystal Palace v Manchester City Bet Builder. Here are the two possible outcomes: