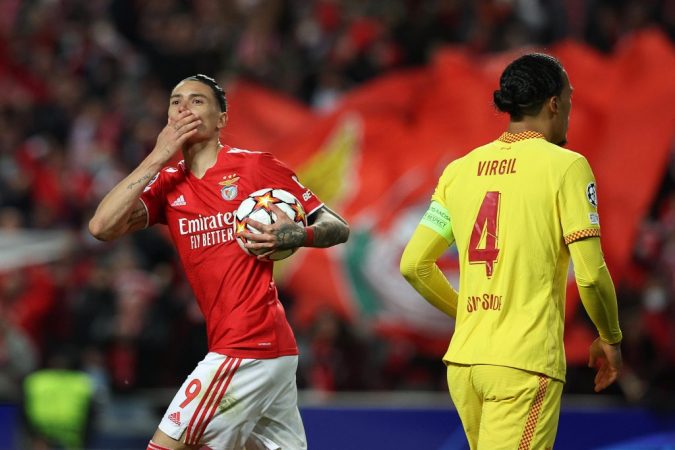 Uruguay- A Factory of Talent

Uruguay has a population of 3.47 million people, roughly the same as the West Midlands (2.93 million) or Greater Manchester (2.89 million) and about three times smaller than Greater London (9.07 million). The distance between its northernmost point – located in the Antigas Department – and its southernmost point – Isla de Lobos – is just 555 kilometers, roughly the same distance as Edinburgh and Southampton. And yet, the second-smallest nation in South America has not only won two World Cups – a number only bettered by Brazil (5), Germany (4) and Italy (4) and only equalled by Argentina and France – but produced a treasure trove of world-class footballers in recent years.

Perhaps no position has seen such a remarkable pattern of world-class footballers like the center-forward position. Diego Forlán wrote himself into the history book of La Celeste’s greats by taking home the Golden Boot and Golden Ball to lead Uruguay to the semifinals of the 2010 FIFA World Cup before spurring them to victory in next year’s Copa América. One year later, Forlán would cut end a remarkable career in Europe and bounce around various South American and Asian clubs before hanging up his boots from the national team in 2015, but even with ‘Cachavacha’ succumbing to Father Time, they remained well-covered with the emergence of Edinson Cavani and Luis Suárez, the latter of whom sits atop Uruguay’s all-time scoring charts with 55 goals in 106 appearances – Cavani has 46 in 109 whilst Forlán is third with 36 and 112. Darwin Núñez looks set to become yet another world-class center-forward who comes from this relatively small South American nation.

Born in their northernmost region of Artigas located on the border with Brazil, Darwin Núñez joined Peñarol’s academy in 2013 at the age of 14, spending just a few months before leaving the Montevideo-based side, one of the country’s two biggest teams alongside Nacional. He would return to Peñarol the following year, rising up the youth ranks before making his professional debut on November 22, 2017 in a 2-1 loss to River Plate Montevideo, but he would miss the rest of the year after having knee surgery – 10 months prior to doing so, Darwin underwent surgery to repair an ACL injury at the age of 17.

“I went through an ugly injury that took me a year and five months to heal from,” said Darwin in a 2019 interview. “At times I wanted to stop playing, but my family and my teammates were always there and encouraged me to continue. I set out to do that and today I am stronger than ever.”

After missing the entire Apertura season, Darwin returned in time for the Clausura season opener on July 21, 2018, making a total of 13 appearances in all competitions and scoring his first professional goal on October 13 in a 2-0 home win against Fénix. 2019 would see Darwin play in South America’s premier competition in club football – Copa Libertadores – and make a name for himself at the international level. Having scored two goals in the group stage against Norway and New Zealand, Darwin was unable to take Uruguay past Ecuador as they fell at the Round of 16 of the U-20 World Cup. He would return to Peñarol a month later, scoring a hat-trick in a 4-0 win against Boston River on July 14. In the following weeks, Turki Al-Sheikh, a Saudi adviser at the Royal Court under the rank of Minister and the current chairman of the General Authority for Entertainment under a Royal Decree, became owner of Almería. In a desperate attempt to end a five-year spell in the Spanish second tier, Almería heavily invested in the final weeks of the transfer window, spending a total of $28.40 million on 20 players. Half of that was spent on one player: Darwin Núñez, who arrived on a five-year contract on August 29.

Almería’s failure to achieve promotion would have drastic financial affects as Darwin Núñez was promptly sold to Benfica for a club-record €24 million. One year after becoming the most expensive signing in club history, Darwin became the record sale for not just the club, but the entire Segunda, with Almería also receiving 20% of any future transfer.

Darwin made his Benfica debut on September 15 in Thessaloniki, Greece against PAOK, who defeated Besiktas 3-1 in the prior round before hosting Benfica in the third round of the Champions League qualifiers. Darwin began his maiden Primeira Liga campaign in red-hot form with a brace of assists in a 5-1 win against Famalicão before picking up an assist apiece in wins against Moreirense, Farense and Rio Ave and scoring his first goal for the club on October 22, grabbing a hat-trick in a 4-2 win against Polish side Lech Poznán in the UEFA Europa League, before following it up with a first league goal in a 2-0 win against Belenenses-SAD and a goal and assist in a 1-1 draw vs. Lech Poznán. This form earned him a maiden call-up to the Uruguayan senior team, with Darwin scoring in a 3-0 win against Colombia in a World Cup qualifier on November 13. After missing several weeks with COVID-19, Darwin closed out the year with a goal in a 2-1 win over Portimonense before once again opening the scoring in a 1-1 draw vs. Santa Clara on January 4 and providing two assists in the following match, a 2-0 win against Tondela. However, he was still clearly affected by the virus and the following three months would see him score just one goal against Famalicão, before finishing the 2020/21 season with 13 goals and 12 assists in 43 appearances in all competitions. Whilst he only scored five goals in the league, his 10 assists were second only to Porto’s Mehdi Taremi with 11. Still, it wasn’t quite good enough for a Benfica side that finished third in the league, its worst finish since 2008/09, that were eliminated by Arsenal in the Europa League Round of 32, and that failed to win a single trophy for the first time since 2012/13.

Despite a hot-and-cold first season in Lisboa, Darwin had been the subject of interest from various Premier League clubs last summer, with Sheffield United turning elsewhere after seeing Brighton’s opening bid of £20.4 million rejected. The Seagulls nevertheless attempted to pull off a club-record deal for the Uruguayan in the final weeks of the window with no success. Newcastle and West Ham closely monitored him in the January window, with the Hammers’ £47 million bid failing to convince them to part with the Uruguayan striker on deadline day. Whilst Porto were forced to cash in on Luís Diaz midway through the season due to a failure to qualify for the UEFA Champions League knockout round and a failure to sell a single player last summer, Benfica held onto their prized possession, believing they would get top dollar just a few months later.

Their hypothesis was proven right. After returning from international duty, Darwin opened February by scoring in a 3-1 win against Tondela, before grabbing braces in the following weeks against Santa Clara and Vitória de Guimarães. He fared even better in April, bagging a goal and an assist in a 3-2 loss to Braga, and scoring a hat-trick in a come-from-behind 3-1 win over Belenenenses-SAD. In Europe, meanwhile, Darwin’s late winner saw Benfica defeat Ajax 1-0 in Amsterdam to progress to the quarterfinals, sealing a spot in the Champions League quarterfinals against Liverpool. The Reds won the first leg 3-1 before drawing 3-3 at Anfield, late goals from Darwin and Roman Yaremchuk earning Benfica a respectable end to their Champions League adventure.

What will Darwin Núñez Bring to Liverpool?

Prior to the second leg, Liverpool manager Jürgen Klopp was asked about Darwin: “Extremely good-looking boy, eh? And a decent player as well! Really good, really good, you have to say. I knew before, of course, but he played pretty much in front of me with his tough battles with Ibou Konate. Physically strong, quick, plus calm around his finish, when he finished the goal off he was really calm. Good, really, really good. How we say in these situations, if he stays healthy it’s a big career ahead of him.”

Whether it’s Portuguese youngsters who’ve developed in their academies like Mendes or Félix or South American talents like Diaz or Militão, the Primeira has become one of the most reliable developers of talent in recent years, and it’s clear that the Premier League have taken notice of the latest player who has become, simply put, too good for Portugal. Liverpool are set to announce the signing of Darwin Núñez on a five-year contract and will pay €80 million up front as well as €20 million in add-ons to sign the Benfica striker. With Divock Origi and Sadio Mané set to depart for Milan and Bayern Munich this summer and Roberto Firmino entering the final 12 months of his contract with no renewal in sight, the Uruguayan has everything it takes to quickly slot into the center forward position alongside Mohamed Salah, another player whose contract is set to expire in 2023, and either Diaz or Portuguese forward Diogo Jota on the left. At 22 years of age, Darwin has become the most expensive sale in Almería’s history, the most expensive signing for Benfica, and the most expensive signing for Liverpool. He is not yet the finished product, but there are few clubs that have a better track record of developing promising attackers into world-class footballers than Jürgen Klopp’s Liverpool. As the Reds prepare to move on from the iconic trio of Mané, Salah, and Firmino, all of whom are 30 with the exception of Salah who turns 30 on Wednesday, the Uruguayan could play a key role in their transition towards a new era at Anfield, an era that will see fellow new signing Fabio Carvalho, Darwin Núñez, Diogo Jota and Luis Díaz – all of whom have played in Portugal – compete for a spot in Liverpool’s attack.