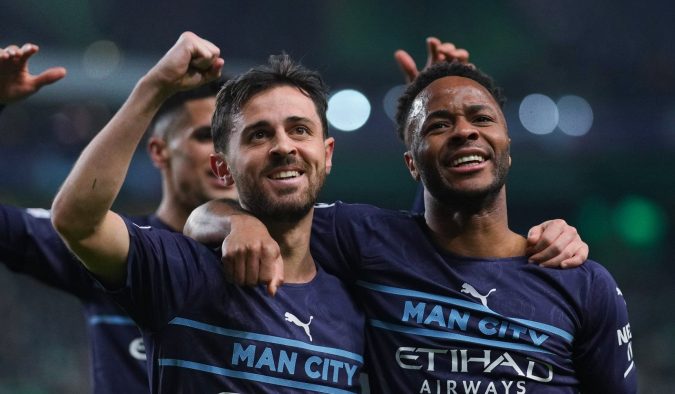 A trip to Goodison Park rounds off Saturday’s Premier League fixtures as Everton take on league leaders, Manchester City in what looks a belting game for a Bet Builder. The Citizens will be looking to bounce back from their surprising defeat against Tottenham last week and continue their winning ways in order to charge even closer to the title. For Everton, they will be hoping for a change in fortunes as after an awful season, Frank Lampard is in the process of revitalising the side and bringing them back to the threat that they have been in recent campaigns.

Everton have had incredibly dismal recent form. The Toffees have picked up 12 losses in their last 16 games, contributing to their 13 losses overall in the league so far. With a minimal amount of points being claimed for quite a while, Everton fans may not be expecting the side to be mounting much of a challenge against Man City, but with new manager Frank Lampard coming in to try and turn performances around, things could be put in motion for Everton to start playing up to their potential and possibly throw a spanner in the works in terms of the title chase for City.

If that record isn’t bad enough for Everton, Manchester City’s form over the season will compound the misery. Man City have the most points won in away games in the league this season, as they have won 10 of their 13 away games during this campaign. Their recent loss against Spurs was the first time that City have been on the wrong side of a result in the league since October, which outlines their dominance of the league this season. Winning 14 of their last 16 league games, City will be looking to restart their winning ways by picking up a victory against Everton.

In terms of head-to-head records, Everton have only beaten Man City once in their last 17 league meetings, which doesn’t provide hope for The Toffees. Adding onto that, The Citizens have been victorious against Everton in their last eight consecutive meetings. The reverse fixture earlier this season ended in a 3-0 win for Man City, which is a result that looks like it can be easily replicated on Saturday evening.

Have a look at my bet builder selections for the game, as well as the Cheat Sheet and enjoy the last of Saturday’s Premier League action.

Miserable Everton form combined with Manchester City winning game after game only suggests one thing for me. With Man City being heavy favourites for the fixture, I don’t see Everton scoring against the Champions of England. That’s why I’m backing both teams to NOT score, as everything seems to point to Man City winning this game to nil.

If Everton’s recent form wasn’t bad enough, they didn’t manage to register a single shot on target against Southampton in their last game. If they are looking to turn their fortunes around, a game against Man City is usually the worst match to try and make a start. If The Toffees struggled against Southampton, I don’t see why they will perform any better against one of the world’s best teams.

Man City usually score an average of 2.08 goals in away games in the league, only conceding an average of 0.62. With those numbers looking like the City defence will hold strong, Everton also concede an average of 1.74 goals per game. These numbers showcase the probability that City will have little trouble getting on the scoresheet, whilst Everton will struggle to get a foothold in the game.

With Man City expected to score a handful of goals on Saturday evening, they have managed to find the back of the net in 12 of their 13 away games this season, showing that it is a rarity that they don’t manage to get on the scoresheet. The Citizens have collected a clean sheet in 15 of their 26 league games this season, showing that their defence is usually too difficult for their opponents to break down.

With City winning-to-nil in three of their last five games, it seems like they will make easy work of Everton on Saturday evening and see the game out without the home side netting a goal.

As my selection above highlights the extent that Everton could struggle on Saturday, it seems like they will be outclassed by City which could lead to a handful of players picking up yellow cards out of sheer frustration or even difference in quality.

According to the Cheat Sheet below, Everton have eight potential starters that commit over 1.2 fouls per game. Coming up against some of the best attacking players in the world, that’s not a good reputation for the Everton players to have. With City boasting a squad full of quick dribblers and technically intelligent players, this will bring out the clumsiness in the Everton players, as I expect Everton to pick up a handful of cards due to the difference in quality between the two sides.

With eight Man City potential starters drawing over 1.1 fouls per game, this provides a great opportunity for a bucket-load of fouls to be committed in the game, leading to yellow cards being produced. With the referee for the game dishing out an average 4.11 yellow cards per game, I’m expecting him to issue a couple of Everton players a caution.

Looking at Everton’s last five games, they have picked up a total of 13 yellow cards, showing their habit for making some rash challenges. Looking at how Man City also entice their opponents into fouling them, teams against City have picked up five yellow cards in City’s last two games, showing how tricky their players are to deal with.

With Everton also having the fifth highest yellow card per game average in the league with 2.09, this yet again reinforces my belief that The Toffees will pick up a couple of cards in the match against Man City.

Man City’s large selection of talent means that they have a huge amount of players that have the ability to be the star in a game. Looking at recent performances, I’m expecting Bernardo Silva to step up against Everton and be the man that is most involved in all of Man City’s chances.

With seven goals in the league so far this season, Bernardo Silva has proved himself as a reliable figure in City’s attack that contributes to their goalscoring on a frequent basis. He has been in electric form recently, netting two goals in Man City’s 5-0 rout of Sporting Lisbon in the Champions League.

The Portuguese has an average of 0.5 goals per shot on target, so when he gets involved in a game, he won’t waste many chances before he puts the ball in the back of the net. With an average shot distance of 11.7 yards, Silva always gets into the right positions in the box, in order to slot the ball away and make the most of the opportunities that he gets.

Depending on the lineup, Silva will either play in midfield or as a false nine, also having the ability to play on the wing. As a false nine, he is the key of attacking moves, always being the catalyst to making things happen. He always finds himself in the right position in the box for when City do their trademark cut it back from the byline move. For when he plays in midfield, he has mastered being able to delay his arrival into the box at the right time in order to have a shot on goal. With Silva being so fluid in the City squad, this increases the chances of him getting on the scoresheet, as he can easily slot into any attacking position and provide huge amounts of quality, wherever he’s playing.

Back the 8/1 Everton v Manchester City Bet Builder below ⬇️

Sign up to Paddy Power and get a full refund if your first bet loses. Grab an account through the offer below and place £30 on the 8/1 Everton v Manchester City Bet Builder. Here are the two possible outcomes:

How to watch Everton v Manchester City in the Premier League