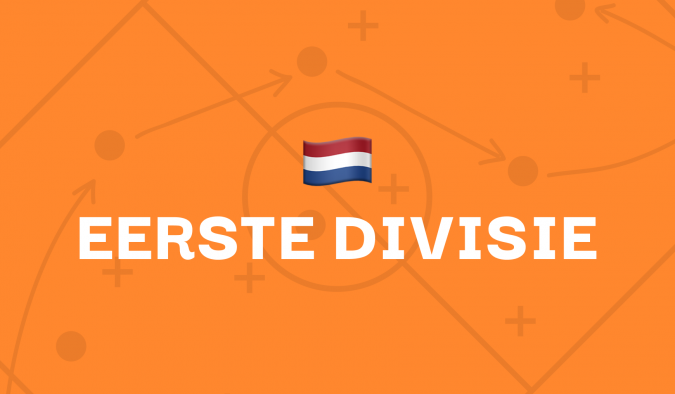 ADO den Haag face off against MVV Maastrichtto kick things off in the Eerste Divisie. The home side are doing well. They sit in fourth position, but if they hadn’t been given a 6 point deduction would have been second. This deduction has been given by the Dutch FA due to financial issues. We are amidst some legal and court affairs again at this moment and it may have implications for the club. However, performance on the pitch has been good this season, with just one loss in the last twelve games played. ADO have also won 9 of 12 home games and haven’t lost their last six.

MVV are only seventeenth and have suffered a league worst 16 defeats. This includes 7 straight and they haven’t won any of their last 10. They are looking to bounce back from a heavy 5-0 home defeat but it seems very unlikely. MVV have also lost their four most recent away games.

I expect a home win here. There some personnel problems for both sides. ADO Den Haag are without first goalkeeper Luuk Koopmans. Alessandro Damen is his replacement and was part of the team that kept previous opponent FC Den Bosch scoreless. Eljero Elia is out for the rest of the season, but both Ricardo Kishna and Amar Catic can fill in for him. Gregoor Breinburg is also out, but Tyrese Asante has been providing good performances. Only the squad depth is a little bit hampered. MVV though are without Alan Delferriere (19 apps) as well as starters Sven Blummel, Clint Essers and Nicky Souren. Matteo Waem returns from a suspension. I don’t see them being near good enough to pose a threat to the home team.

De Graafschap are in a promotion race and face off agains struggling side Dordrecht. This should normally be a home victory. De Graafschap come off a good 3-0 away win over Telstar, with new signing Sam Hendriks scoring twice. They have now booked two wins and two draws from their last four and have allowed no goals against.

FC Dordrecht are in a different situation. Although they have posted some reasonable results as of late, we see them ranked 18th with just 5 wins in 25 matches. They have also allowed a league-worst 56 goals against. Dordrecht did lose only once in their last six games, scoring at least twice in each appearance. They did however lose 9 of 13 away games, which is a league-worst.

I expect De Graafschap to win here. The aforementioned Hendriks should secure them some goals and their line-up is as they would hope for missing just one player.

Only Danny Verbeek is out for De Graafschap, but he has only appeared in six games this season. Anouar El Azzouzi is suspended for Dordrecht (17 apps). Nikolaos Agrafiotis (22 apps, 7 goals) has also recently left the club transferring to Excelsior.

League leaders Volendam host the AZ jong/reserve team. With Jong AZ in fifteenth place, this seemingly should be an easy home win. Volendam are top of the league and have lost just one league match all season. The only downside we can find is that they have scored only six goals in their five most recent games, with leading goalscorer Robbert Mühren trying to end his slump. He has scored 20, but hasn’t scored in the last four.

Volendam have won 9 of 13 home games though, and have won four straight as well. Eight of these came with at least two goals scored.

Jong AZ Alkmaar are playing nice football, are harvesting some real talent but do find themselves in the lower end of the rankings. They have won 7, drawn 4 and lost 13 and scored a league-worst with only 22 goals.
Volendam saw Denso Kasius make a move to the Serie A, but in the meantime they have signed a replacement in Danish defender Oskar Buur, so that is their only positional issue solved. Brian Plat (20 apps) is still injured, but they should be able to replace him, at least against weaker sides such as Jong AZ.

With that in mind I think Jong AZ will continue to struggle for goals. Volendam have won the previous two matches without allowing a goal as well, an have allowed a total of 29 in their 25 games played.

It’s lowly last placed Almere City facing off against promotion candidates, and one of the favourites for promotion FC Emmen. Almere City are bottom, with just four wins. Almere have changed managers but new manager Alex Pastoor has failed to win any of his five games at the helm so far. The two most recent games have been a draw so there is some progress, but this was against Dordrecht and Telstar, who are both in the bottom half of the standings as well. Furthermore Almere City have won just one of their last ten home games played, and failed to score in their last two.

FC Emmen on the other hand are cruising. They are second with 16 wins from 24 games played and have allowed a league best low of 16 goals against. They have won six straight and have lost just one of their last fourteen league games played. Emmen have also won three away games straight and look the clear favourite here.

Almere City gave away a 2-0 lead over Dordrecht in the last match, mainly because they are missing some key players. Lance Duijvesteijn (25 games, 9 goals) is suspended for this match. Jonas Arweiler (22 games, 9 goals) is doubtful for this game. Ilias Alhaft and Brad van Hoeven (6 goals combined) are also doubtful, so that’s 2/3rd of Almere City’s goal production out or in doubt. Left back Thibaut Lesquoy has left the club and central defender Frederik Helstrup is also a question mark to play for 90 minutes (he has made 17 appearances so far)

Sign up to Betfair and get a full refund if your first bet loses. Grab an account through the offer below and place £20 on the 14/1 Eerste Divisie Best Bets Accumulator. Here are the two possible outcomes: