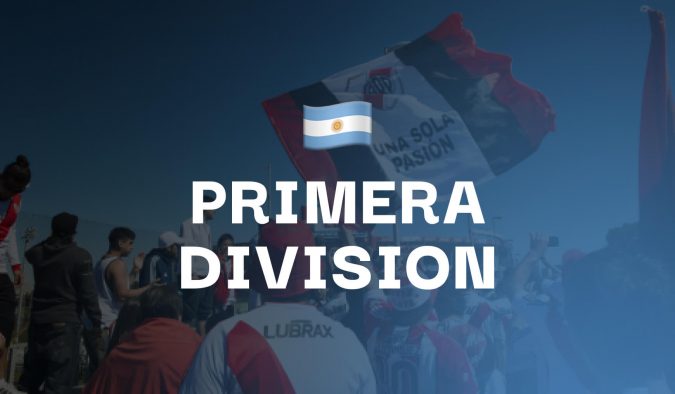 In the tenth round of the Primera Division in Argentina, we start with the match between Tigre and Huracán. 12 out of 28 Argentinian teams played international cup matches this weekend, but neither of these teams are involved in that. In fact, Tigre only just got promoted. Despite them being dubbed relegation candidates, they are playing really well, barely concede, and are second in their group with all the chances to make it to the play-offs.

Even in the match away at Independiente last week, Tigre deserved more than the 1-1 they came home with. Today’s opponents are in a very different situation. Huracán are now four matches without a victory and the last game was a painful one. Against Barracas Central, another overperforming relegation candidate, goalkeeper and captain Marcos Díaz almost single-handedly gave away the lead in the last 15 minutes to concede a 2-1 defeat. Manager Frank Kudelka was shown a red card in the scuffles towards the end of the game and won’t be on the bench for this game.

Huracán seem to still be missing Santiago Hezze and Fernando Tobio, usually regulars in the starting XI, due to injuries. Tigre on the other hand are complete, they look balanced and have no lack of quality. That’s why I suspect Tigre will take the three points in their own stadium.

Both Newell’s and Patronato aren’t the most free-scoring teams in the league, but since Facundo Sava is in charge at Patronato, their football is a bit more attacking and they create more scoring chances. Despite the fact that their game as improved from early in the season, they still struggle to score goals. Several of their recent goals came from penalties.

Newells have been performing well, especially since goalkeeper Iván Arboleda was dropped in favour of Ramiro Macagno. Since the change in goal, Newell’s barely concede and their attacking strength hasn’t suffered from it. They will also have centre back Cristian Lema back for this game. Replacement Victor Velazquez has done well, but together with Willer Ditta, Lema formed an at times unbeatable centre of defence before his injury.

Although Patronato seem to have improved under Sava, they still don’t look like they can take on the best teams in this league, and Newell’s may be considered one of them at the moment as they are looking good in each line. They have a steady defence and are scoring fairly easy, without being dependent on just one or two players. Neither team feature in international tournaments this season, so the amount of games shouldn’t be an issue and Newell’s are simply a lot stronger at the moment. That’s why I suspect that the home side will take the three points here.

This match is one between two teams in trouble. San Lorenzo are after a pretty embarrassing defeat in the cup against third division team Racing Cordoba. It cost manager Pedro Troglio his job and things are tense at the club. There are even rumours that players don’t want to play this game as the tension among fans is so heated at the moment. Although it is unlikely it’ll go that far, it will surely not have a positive impact on San Lorenzo’s performance. The club appointed youth coordinator Fernando Berón to take charge of the team until they’ve found a replacement, but that doesn’t seem like a move that’ll change things around.

After only nine rounds of football, San Lorenzo was the ninth team who replaced their manager in the Argentinian top flight this year and Platense was one of the previous eight. Manager Claudio Spontón lost his job a few weeks ago and Omar de Felippe took over. In the first game under De Felippe there were some improvements visible, but they ended up conceding defeat against Racing after a 98th minute penalty broke the stalemate. Platense has now lost six matches in a row, but the club has been marred with injuries this season. Several of the regulars who took seven points in the first three games of the season have returned in the past weeks, so the starting XI is expected to be better than before.

Given the tense situation at San Lorenzo and the expected improvement at Platense, I expect the away side to have a decent chance on a result here.

Sign up to Betfair and get a full refund if your first bet loses. Grab an account through the offer below and place £20 on the 5/1 Argentina Primera Division Best Bets Treble. Here are the two possible outcomes: