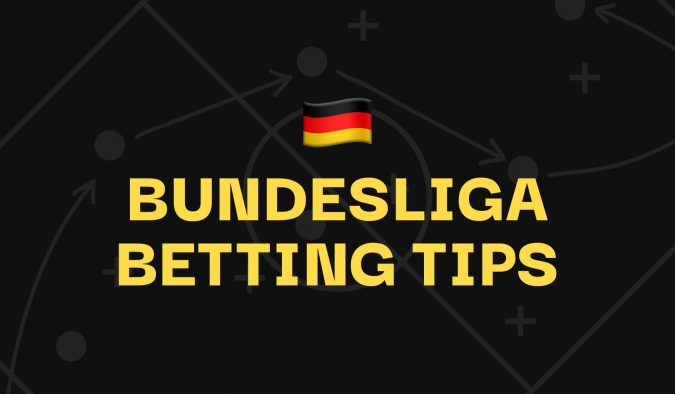 There’s little doubt that Bayern Munich are comfortable favourites going into most Bundesliga fixtures, but upon the return of the German top flight after its winter break Friday night’s clash with Borussia Monchengladbach, Julian Nagelsmann and his team will certainly be sweating.

A COVID outbreak has run straight through the Bavarian first team and as a result, the reigning German champions will be without no less than 13 first team players, when the recently infected are added to the club’s injury list.

If that wasn’t already enough of a challenge for Nagelsmann, he’ll also have to figure out a way to beat a Gladbach side that have been a constant thorn in the side of Bayern’s aspirations this season. The German giants were held to a 1-1 draw with the Foals in the opening fixture of the league season and were then unceremoniously knocked out of the German Cup after a 5-0 hammering by Adi Hutter’s side.

Despite all of that, Bayern certainly still have enough firepower to make a game of this tie and should be able to rely on the proven talent they still have in their squad to take advantage of a Gladbach side that finished the first half of the season with just two wins from their last 10 games.

However, rather than such a breakthrough coming from Robert Lewandowski or Thomas Muller, Bayern will likely turn to in-form winger Serge Gnabry to provide the spark that can burn through a deep-lying Gladbach defence.

Bayer Leverkusen are unquestionably one of the most frustrating teams in the Bundesliga this season due to their innate ability to beat and indeed lose to anyone without any prior warning.

In Florian Wirtz, Moussa Diaby and Patrik Schick, the Werkself have one of the most dangerous attacking line ups in the German top-flight. However a defence pinned down by the flamboyant theatrics of Jonathan Tah in central defender and Lukas Hradecky between the posts often goes a long way to undermine that.

Fortunately for head coach Gerardo Seoane, Leverkusen will have a largely fully-fit attacking line to pick from against Union Berlin, but are missing central defenders Odilon Kossounou and Edmond Tapsoba to the African Cup of Nations. And that should go some way to deciding the fate of this game.

The international tournament will also rob Union of their star striker Taiwo Awoniyi – who has 14 goals in 27 games for the capital side – but Urs Fischer will still have Max Kruse and Kevin Behrens to call upon for goals.

This clash should certainly be one Leverkusen would be looking to win as they continue their efforts to secure a top four finish, but the club’s home form to date of just four wins from eight games underlines how much this team struggles with consistency.

However, while Leverkusen struggle to pick up points at home, they have no problem scoring – and conceding – goals in front of their own fans. So far this season the BayArena has seen on average 4.12 goals per game and that’s unlikely to change on Saturday.

Freiburg finished the first half of the season in third place and few within German football would have begrudged Christian Streich’s side the honour of being amongst the best teams in the Bundesliga.

Unfortunately for Saturday’s opponents, Arminia Bielefeld, while the Black Forest side have picked up some notable wins on the road – such as the 2-0 win over Wolfsburg in October – much of their success has been based on a strong and consistent run of form at home.

Indeed, Freiburg have lost just two home games in the league this season and have clawed all three points off of some serious challengers, such as Borussia Dortmund and Leverkusen. And they’ll be expecting to do the same against Bielefeld this weekend.

If their record to date wasn’t enough encouragement, Streich will also have a relatively full-strength team to pick from for his match. Yannik Keitel remains out with a groin strain and Jonathan Schmid is a doubt, but that shouldn’t put a dent in Freiburg’s proposed starting XI.

Frank Kramer’s relegation battlers have certainly caused some upsets on the road this season – most recently a surprising 2-0 victory over RB Leipzig in the final fixture of 2021 – but their strong performances in away games have been few and far between. This match should be one that Freiburg will win comfortably.

There are few clubs that would have been happy to see the back of 2021 quite as much as Pellegrino Matarazzo’s Stuttgart side. Whether it be COVID outbreaks, injuries to key players and an all-round turgid run of form, the Swabian side that flirted with the prospect of European football last season ended the year in 16th place and just one point above the automatic relegation spot.

Much of this has undoubtedly been down to how decimated Matarazzo’s team have been by injuries this season. Star striker Sasa Kalajdzic has been out of action all season, exciting young winger Silas Katompa Mvumpa has only managed five league appearances to date, while a number of other first team players have yet to even get started in this league campaign through injury and a lack of fitness.

Unfortunately, Stuttgart aren’t out of the woods yet and have no less than seven players missing for their trip to Greuther Furth on Saturday. As such, the club’s most potent goalscorer on the pitch at the Sportpark Ronhof stadium on the day will most likely be central defender Konstantinos Mavropanos.

This is unquestionably a six-pointer for both Stuttgart and their hosts – who sit 16th and 18th respectively – and a match that Matarazzo will be desperate to win. However, as things stand, it’s all but impossible to separate a visiting side that have won one game from eight on the road and a host that has picked up just five points in front of their own fans this season.

Instead, the wise money will be on a complete lack of goals in this match, with neither Furth or Stuttgart bringing much firepower to this clash.

One team that certainly seemed to fly under the radar in the first half of the Bundesliga season was none other than Sebastian Hoeneß’s Hoffenheim side, who finished the Hinrunde (first half of the season) in fifth place after a number of sparkling performances.

Indeed, Hoffenheim are currently enjoying that perfect blend of smart coaching from Hoeneß and a team packed full of impressive talents, with the likes of Andrej Kramaric, Christoph Baumgartner and Ihlas Bebou putting teams like RB Leipzig, Eintracht Frankfurt and Freiburg to the sword.

Encouragingly for the home side, all three of these star players should be fit and ready to once again feature for Hoffenheim when they take on an Augsburg side that have spent much of the season struggling to put distance between themselves and the threat of relegation.

Where Hoffenheim have enjoyed a run of home fixtures that have seen them lose just one of out eight in the league so far this season – a surprising 2-0 defeat to Mainz – Augsburg have, contrastingly, managed just one victory from nine on the road.

To make matters worse for Markus Weinzierl’s side, Augsburg will be without Mads Pedersen on the left wing and central defender Reece Oxford, who are out with a knee injury and a suspension respectively.

As such, this should be a match that Hoffenheim will be looking to pick up all three points from without a huge amount of trouble from their guests.

RB Leipzig will be hoping to put a turbulent 2021 behind them, after losing their manager and then having to sack his replacement just a few months later, by kicking off 2022 with a convincing win over tough opponents Mainz.

The new RB Leipzig head coach, Domenico Tedesco, was an odd choice considering his preference for defensive football, but he does bring with him Bundesliga experience and a reputation for grinding out results. He may have to do exactly that if he hopes to beat Bo Svensson’s hard-working giant killers on Saturday.

Indeed, Mainz sit two points above their Saxony rivals ahead of Saturday’s clash and can be proud of a league campaign that has already seen them collect big scalps in the form of Wolfsburg, Hertha Berlin and Hoffenheim. They also inflicted an opening-day defeat on Tedesco’s predecessor at the start of the season.

However, if their is a chink in Mainz’s armour it does seem to be away games, where Svensson’s side have won just two from eight in the league this season. In comparison, RB Leipzig have still managed to win six of their nine home games to date and can boast a record in front of their own fans that is bested only by Bayern and Dortmund.

As such, Tedesco’s side should have enough firepower to overcome a tough Mainz side and pick up an important win this weekend.

Borussia Dortmund finished 2021 with a whimper, as they picked up bitter defeats to Bayern Munich and Hertha Berlin, along with a disappointing 1-1 draw with Bochum to all but rule them out of a title challenge this season.

However, just nine points stand between Bayern and Dortmund at the top of the table and Dortmund head coach Marco Rose will be determined to start the new year with a strong performance away to Eintracht Frankfurt along with all three points.

That’s certainly easier said than done. As Freiburg, Gladbach, RB Leipzig and the aforementioned Hertha have already proved this season, it doesn’t take much to upset Dortmund on the road. Indeed, Rose’s side have won just three of their seven away games to date.

If that wasn’t troubling enough for Erling Haaland & Co. it’s also worth noting that while Frankfurt have only won three of their home games this season, they have grinded out draws in another four. Indeed, the only team to beat the Eagles at their own ground in this league campaign are, oddly enough, Hertha.

Only Bayern picked up more points than Oliver Glasner’s side in the remaining five match days of 2021 and with no major injuries or absences to worry about, Frankfurt should fancy their chances to snatch a point from this game.

For Dortmund, the only assurance that they can offer fans ahead of Saturday’s “Topspiel” is the fact that Erling Haaland is undoubtedly back to full fitness and will start. Which almost always means he’ll also go on to score for the Bundesliga side.

Back my 5.16 Bundesliga Best Bets Treble on Betfair ⬇️

Sign up to Betfair and get a full refund if your first bet loses. Grab an account through the offer below and place £20 on my 4/1 Bundesliga Best Bets Treble. Here are the two possible outcomes: