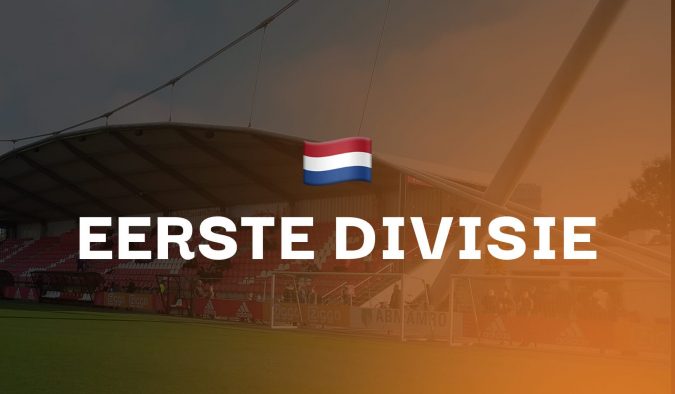 Seven matches in the Eerste Divisie this Friday and one of them is sort of a derby. FC Eindhoven and Jong PSV don’t really have a history, but they are both based in the same city. Their goals and realities are very different this season. FC Eindhoven is still in a tough battle for direct promotion, while Jong PSV are an academy team who aren’t permitted to get promoted and are sixth from bottom.

PSV’s first team are playing the cup final on Sunday. As it is two days before the game, some of the players who may get a chance in the first team might feature in this game. However, I suspect manager Roger Schmidt values the cup final enough to push several of the players who are in between the academy team and the first team on to the preparation for the cup final. That’s why I think manager Ruud van Nistelrooij won’t have his strongest XI for this game and will rely on predominantly on youth players with little help from the senior squad. Centre-back Dennis Vos will definitely not be there, as he was sent off in the previous game against TOP Oss.

Eindhoven on the other end are one of the best teams in 2022 with ten victories from 14 matches. They are sitting only four points behind the direct promotion spot that FC Volendam now holds, so they’ll still have everything to play for, but with four games to go, they can’t really afford any slip-ups. It looks like they’ll be pretty much complete for this game, that’s why I expect the home side to claim the victory here.

Another academy team, Jong AZ, are facing ADO Den Haag in their own stadium. AZ barely ever drop first-team players back to the academy team, so they will most likely play their usual XI. ADO have finally picked up their level a bit under interim manager Giovanni Franken, but games still don’t come easy. Last week, they were in the lead the majority of the game against bottom-of-the-table Helmond Sport. They didn’t really create much more though, and a stoppage-time equaliser almost cost them, but they quickly responded and took the victory with a goal in the dying seconds of the game.

Jong AZ are by far the least conceding team from the bottom half of the table. They have a well-organised defence, but don’t have that much going forward. They barely create anything and the 34 goals they have scored this season make them the least scoring team in the league. Manager Maarten Martens was a creative midfielder himself, but in his short managerial career, none of that seems to be transferred to his players and Jong AZ play a pretty bland and pragmatic style of football.

Away in Alkmaar, I suspect that ADO Den Haag won’t go all-out offensive and there is no reason Jong AZ will play any different from the majority of their games this season, that’s why I suspect this isn’t going to be a match with tons of chances and goals.

De Graafschap sacked manager Reinier Robbemond after five matches without a win and put club man Jan Vreman in charge for the remainder of the season. That hasn’t created the change they may have hoped for. Their game has improved a bit, but they aren’t necessarily picking up more points. Since the managerial change, de Graafschap claimed four points in four games and the playoffs are very much on the line. The club struggled with some internal issues and from the way things look, none of those issues seemed to have been solved. It means that I suspect that de Graafschap’s implosion this season hasn’t quite come to an end yet.

TOP Oss don’t have much to play for anymore and yet their recent form has been decent. They beat FC Volendam and Jong PSV and got dealt a really bad hand against Jong Ajax, who played with several quality first team players in that fixture. So, even though TOP are one of the weaker teams in the league, they haven’t given up on the season. Despite all the problems at de Graafschap, I suspect it is too much to say that TOP are the favourites for a victory. Nevertheless, I do think they have a chance and are highly unlikely to be overrun. So, I’d put my money on TOP Oss, but with a decent handicap of +2, so they don’t have to get a draw for this bet to come through.

On Saturday, Jong Ajax will have their turn, away at FC Volendam. Jong Ajax have the same issue as Jong PSV this weekend, as the first teams are facing each other in the Sunday cup final and therefore the better players for the Jong side are likely to be called upon. But where Jong PSV play two days before the cup final, the Ajax academy play a day before the game. That makes it pretty certain that none of the young players, who are usually in the first team or even close to it, are going to feature in this game.

Last week, FC Volendam finally saw an awful run come to an end with a hard-fought 3-1 victory over de Graafschap. The side from Wim Jonk, formerly manager at Jong Ajax, looked a sure-fire bet for promotion at the beginning of last month. But a terrible six-match run without a victory lost them their lead and with four matches to go they’ll have to work hard to get the direct promotion. Despite the bad run, Volendam are currently still a favourite to go up, as they hold a four-point lead over FC Eindhoven for a direct promotion spot, with four matches to go.

Last week’s victory created some relieve in Volendam. They saw D.J. Murkin and Brian Plat return from long injuries, so the outlook is getting brighter. It doesn’t mean that all is perfect again in Volendam and they may still struggle to unravel their opponents, but I do think it makes them favourites against a Jong Ajax without help from the first team.

Sign up to Betfair and get a full refund if your first bet loses. Grab an account through the offer below and place £20 on the 13/2 Eerste Divisie Best Bets Accumulator. Here are the two possible outcomes: