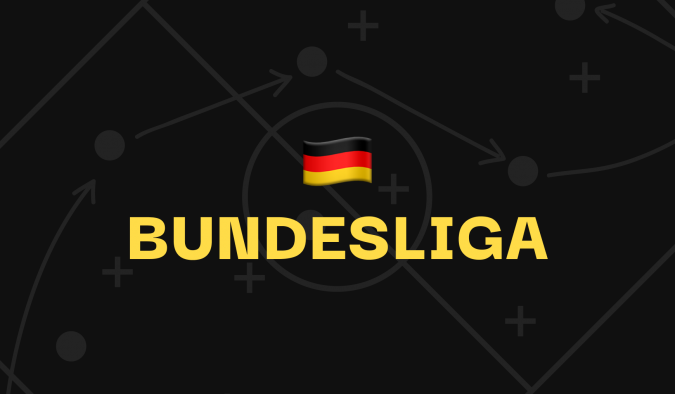 Hertha Berlin have often looked like a troubled side for much of this Bundesliga season, without ever truly descending into the world of full-blown meltdown or chaos that comes with the threat of relegation. And on Friday night they’ll be able to demonstrate this ability to keep disaster at arm’s length when they welcome Bochum.

Tayfun Korkut’s side may sit just three points above the relegation play-off spot, but their home form has done enough to keep them out of the relegation battle, with an impressive four wins and two draws from 10 games. Indeed, the recent defeats to impressive Koln and Bayern Munich sides shouldn’t mask this team’s ability to pick up points in the German capital.

It’s with that in mind that Hertha will fancy their chances against a Bochum team that continue to struggle when tasked with playing games outside of their intimidating Ruhrstadion. Die Unabsteigbaren have picked up just six points from a possible 30 on the road this season. Which coincidentally gives them the second- worst record in the division, just ahead of a truly helpless Greuther Furth.

As such, while this game should be a tight affair that could see the result go either way, it should be a match that Hertha have enough to claim all three points in. But don’t expect a convincing win from Korkut’s side

Arminia Bielefeld will undoubtedly be wetting their lips at the prospect of taking on a Borussia Monchengladbach side that have won just one of their last six away games in the Bundesliga and recently lost star midfielder Denis Zakaria in the January transfer window.

Indeed, Gladbach have struggled to pick up points and, in particular, keep matches as low-scoring affairs on the road this season. In 10 away games so far this season, Adi Hutter’s side have scored 10 and conceded 20, which means the club’s away matches tend to average around three goals per game.

Similarly, while Bielefeld have certainly not been entirely impressive in front of their own fans this season – they have the joint -worst home record in the division with just one win from 10 games – they have also managed to score 10 and ship 15 in that period. Which means they tend to average 2.5 goals per home match.

As such, while neither club can really claim to be the in-form side ahead of this match, we can rest assured that there will be goals aplenty in this one and should see a high-scoring clash between two teams that will be desperately going for all three points on Saturday

Augsburg caught the eye of many football fans in the January transfer window with the signing of Ricardo Pepi from FC Dallas, but that’s unlikely to help Markus Weinzierl’s side overcome a tough opponent in Union Berlin on Saturday.

Indeed, the Bavarian hosts sit uncomfortably in sixteenth place in the Bundesliga table and much of that is down to a home record that has seen the club pick up just three wins from nine games.

However, as bad as Augsburg have been at winning games at home, they’ve also only lost three from nine too and can often put up a tough fight against decent opposition. Which is perhaps where Union will struggle in this match.

The capital side are undoubtedly in form with just one defeat in their last six games, but on the road this season they’ve picked up just three wins from 10 games and, like Augbsurg, they often find themselves settling for a point when all three were within reach.

This clash should be one in which Urs Fischer’s Union side pick up all three points but the performances of both teams this season would suggest that a draw is also just as likely. So make sure to cover your bet for this one.

In this Saturday’s clash between Koln and Freiburg we undoubtedly have two of the most over performing teams in the division, with the hosts making a rare excursion into the top half of the table and their guests making a push for a top four finish. As such, a result may prove too hard to call for this game.

Instead, it’s worth focusing on the goal-scoring habits of both teams to find an ideal bet. For all of Koln’s success, they still have one of the leakiest defences in the division having conceded 34 goals in 32 games. Indeed, Steffen Baumgart’s side have kept just one clean sheet in 20 league games this season.

Similarly, while Freiburg continue to be the dark horse of the Bundesliga, Christian Streich’s team and their often impressive defence often come undone in away games. So far this season they’ve conceded 12 goals from 10 games on the road and were notably demolished 5-1 by Borussia Dortmund in their last away game.

In a match that will undoubtedly see both teams push for all three points, we can expect to see goals from both sides, even if the final result may be far too close to call for this clash.

While Mainz haven’t exactly been on top form in the past five or six games of the season, Bo Svensson’s side remain one of the toughest opponents in the division when they play at home and that should prove to be a huge problem for Hoffenheim.

Indeed, the hosts have lost just one home game from 10 this season and have done so by scoring 19 goals and conceding just five along the way. And they seem to be picking up pace, with no less than eight goals scored in their last three home matches.

Hoffenheim, in contrast, have managed just three home wins on the road this season. However, they do tend to score and concede goals with remarkable consistency in away matches that tend to swing from one extreme to another. From 10 games on the road, Sebastian Hoeneß’s side have scored 18 but also conceded 20.

A home win for Mainz may be on the cards this weekend but what seems far more likely is a 90 minutes of football that should provide plenty of goals between both of these teams. A bet for over 2.5 goals in this match seems like a smart decision

Not only are Stuttgart and Eintracht Frankfurt struggling for points right now, but both teams are also struggling to score goals. And that should come to define Saturday’s clash between these two historic clubs in the Bundesliga.

Stuttgart have had a dreadful season that has been defined by serious injuries to key players. And while their starting XI is beginning to resemble its old self with the return of Silas and Sasa Kalajdzic, the hosts still have the unenviable record of failing to score in each of their last five games in all competition. Which is a new club record.

Frankfurt would be able to take advantage of Stuttgart’s complete lack of confidence, if not for their own misfortunes in front of goal lately. After a rousing 5-2 win over Bayer Leverkusen and then a 3-2 victory over Gladbach in December, Oliver Glasner’s side have managed just five goals from their last five games in all competitions since then.

When we couple that with the fact that Frankfurt will be without key playmaker Daichi Kamade due to a muscle injury, it seems unlikely that the Eagles will be able to pack a sizable punch against a Stuttgart team that are still struggling to stay on their feet at this stage in the season.

Although RB Leipzig aren’t quite the title challengers that they were last season, they have improved a lot in a short period of time under new head coach Domenico Tedesco and should take a relatively full-strength side to Bavaria to face Bayern Munich.

The new head coach has a reputation for defensive football and that has shown in Leipzig’s league record of late, with just one goal conceded in their last three games. Similarly, the Saxony side’s away record in the league this season has seen their games average just 1.88 goals per match.

Julian Nagelsmann’s Bayern side should have enough about them to still pick up all three points against this defensively stubborn opponent, but they’ll also have their own issues to contend with which may limit their attacking capacity.

Not only will the German champions be without box-to-box leader Leon Goretzka, who remains out with a knee injury, but it seems certain that Alphonso Davies will also remain out of action. Which could force central defender Lucas Hernandez to play at left-back and severely limit Bayern’s attack on that flank.

A Bayern win and a goal from the ever-impressive Robert Lewandowski is usually expected from high-profile games in the Bundesliga, but this clash should end up being a low-scoring affair between two well-drilled teams.

Sign up to Betfair and get a full refund if your first bet loses. Grab an account through the offer below and place £20 on the 3/1 Bundesliga Best Bets Treble. Here are the two possible outcomes: