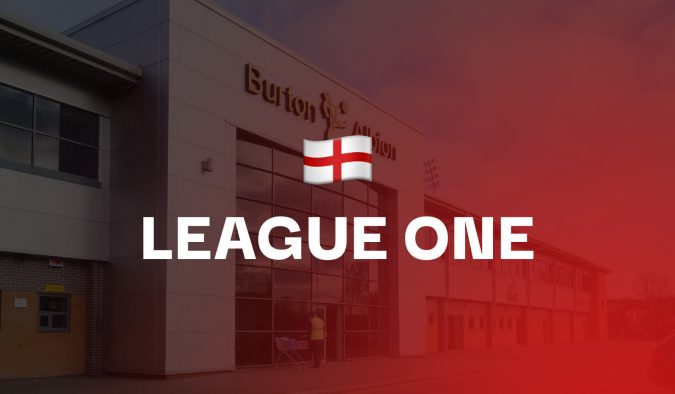 Results have dipped for Oxford United at the worst possible time, seeing them drop out of the play-offs and create an unlikely uphill battle to return there with four games to play. However, the Yellows’ performance levels have not dropped off alarmingly and they have come up against some in-form goalkeepers in recent weeks. That will not be the case on Friday with Alex Cairns suspended for the hosts after a bizarre red card for punching the ball outside his area.

Fleetwood have won just one of 16, and it was against rock bottom Crewe Alexandra, Gerard Garner is out and they are firmly relying on the teams below them to prop them up to safety. This is my most confident selection of the docket, Oxford will fight until the end and Karl Robinson will not have written off their top six hopes just yet.

Had Oxford beaten Sunderland last weekend, which did not happen due to Anthony Patterson’s outstanding performance between the sticks, they would be a lot shorter to win this game, a juicy price close to evens to oppose one of the worst teams in the division is on offer.

Sunderland have picked up some huge late victories in recent weeks, and were drawing after 80 minutes in their last three wins coming against Gillingham, Crewe Alexandra and Oxford United.

The Black Cats have taken a defence first approach under Alex Neil, with Bailey Wright coming back into the side to good effect to make them look far more assured. Shrewsbury Town are defence first too and have been for many years, despite flirting with the relegation battle this term they have the fifth best defensive record and rank seventh for season-long xGA. Tom Flanagan was an eye-catching pick-up in January and will be hoping to make a good impression on his return to the Stadium of Light.

Alex Pritchard may play some part following injury, but Aiden McGeady will not be ready to feature. The pressure is on but the Black Cats are in a strong position, and if Plymouth Argyle can do them a favour at Wycombe Wanderers, Neil’s men can afford to drop points and they will stay in the top six.

The Shrews will stand firm, and Sunderland’s unsustainable late showings could come to an end in a tense affair.

Conor Grant’s return last weekend was a huge boost for Plymouth Argyle, but without Ryan Hardie leading the line they are not as dangerous. Argyle have performed incredibly well at the back of late, conceding just once in their last nine games, with James Wilson, Dan Scarr and Macaulay Gillesphey having built a strong understanding over the course of the season and are in a great position to nail down a spot in the play-offs.

Wycombe Wanderers are outside the top six on goal difference, but have played one more than Sunderland in sixth, a draw would be a decent result for the visitors to keep Gareth Ainsworth’s men at bay. The Chairboys have kept a clean sheet in their last four in a row at Adams Park and have been slightly reliant on set pieces this season to edge themselves on the right side of the fine margins in League One.

With the confidence of their firm rearguard, Steven Schumacher’s men are in a nice position to go to Adams Park and contain Wycombe, knowing that the hosts will have to break out of their shape and go for the win at some point.

Rotherham United are feeling the heat in their automatic promotion pursuit in League One. Paul Warne’s Millers have lost three on the bounce without scoring in the league, with an arguably fortunate extra time victory over League Two opposition sandwiched in the middle.

It is still in the hosts’ hands, with a superior goal difference to Milton Keynes Dons, but the way they are playing at the moment, play-offs appear more likely.

Ipswich Town are playing for pride but have been excellent since the turn of the year, and could even be title favourites heading into next season. The Tractor Boys have only picked up one point from their last two, they slipped up at home to Cambridge United to end their play-off hopes but were in the driving seat before a red card saw them draw 1-1 at Shrewsbury Town last weekend. The visitors have more recovery time, with the Millers losing 3-0 at Portsmouth in midweek, and their defence will definitely stand up to the test, given how they have performed under Kieran McKenna.

The market is still siding with the Millers, but their recent performances do not match the outright price, providing some value on the Tractor Boys.

An enormous game in the promotion race in League One. Should Rotherham drop points, a win here would put the Dons in the driving seat for automatic promotion but Sheffield Wednesday will be stiff opposition in realising that.

MK Dons are unbeaten in seven at home, the Owls are winless in their last three on their travels but tension could be apparent on both sides in this encounter. Josh Windass remains out for the visitors, who will be looking to cement their spot in the top six with a victory.

It was a small surprise to see the Dons as outsiders on their home patch, Wednesday’s performance data has been excellent since the turn of the year, but Liam Manning’s men have been strong at home and should have enough to avoid defeat. The Dons have won 14, drawn six and lost once in their last 21 league games, commanding more respect than the market has shown them, but a goals angle tickles my fancy in this one again.

The Dons’ young squad will be feeling the pressure, with Dean Lewington providing the majority of experience on his own in the backline, expect nerves and tension tenfold at Stadium MK.

Sign up to Betfair and get a full refund if your first bet loses. Grab an account through the offer below and place £20 on the 14/1 League One Best Bets Accumulator. Here are the two possible outcomes: