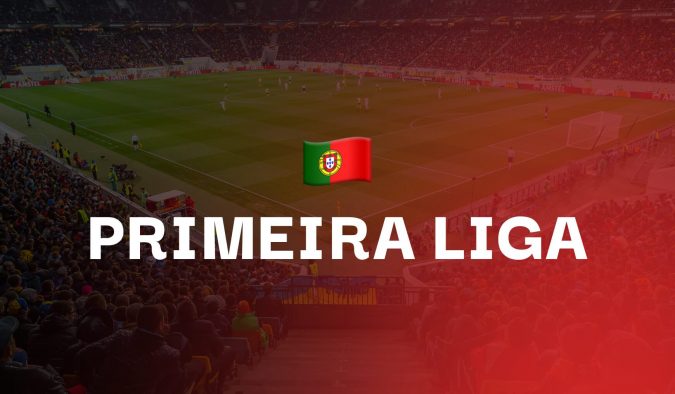 Perhaps it was the lack of rhythm following a two-week international break, perhaps it was the increased urgency of a relegation battle that has five more matches left to determine who goes down and who stays up, but matchday 28 of the Primeira Liga season saw several teams at the bottom of the league pull off major upsets. Beleneneses-SAD escaped the bottom spot for the first time in months with a 2-0 victory against Portimonense, whilst Tondela maintained their four-point lead on B-SAD with a 3-1 win against Marítimo. Arouca kept their one-point lead above Tondela who occupied the relegation play-off spot with a 2-1 win at home against Gil Vicente in one of the craziest matches of the season for either side.

Armando Evangelista’s side went down to 10 men before the break as David Simão decided to clatter into Gil’s midfield talisman Pedrinho with a two-footed, studs-up challenge but nevertheless took the lead in the 54th minute as Brazilian striker André Silva converted a cross from Arsénio Nunes and deftly placed his header to beat Gil goalkeeper Žiga Frelih. Silva outdid himself four minutes later after picking up a loose ball at the edge of his own box, reaching the center-circle before launching it past Frelih and into the back of the net. Arouca would hold onto a 2-1 victory to go 5 points clear of the drop, whilst Gil Vicente are now six points behind Braga in the race for Europa League football.

The only team in Portugal’s bottom four who failed to win was Moreirense, who, after losing 1-0 to local rivals Vitória de Guimarães, manager Ricardo Sá Pinto got into a strident debate with several angry supporters whilst defender Lazar Rosić was brought to tears in another argument as Moreirense fell to last place in the league. Their last win came on February 7 against Belenenses-SAD, a 4-1 win against the team that leapfrogged them in the standings last weekend, and they have scored just two goals since then. I’m expecting Gil to get back to winning ways in Barcelos against a Moreirense side that looks headed for the Segunda.

Paços de Ferreira and Marítimo both suffered defeat at the weekend and they’ll be looking to bounce back in a Saturday match-up at Estádio da Mata Real. The two sides are level on 33 points and are one point behind seventh-place Estoril, and both Paços and Marítimo have gone from fighting the threat of relegation to looking set for a comfortable mid-table finish under new managers César Peixoto and Vasco Seabra. Their last fixture saw Marítimo prevail victorious in Madeira on November 28 via goals from Joel Tagueu and Stefano Beltrame, the same result that the Beavers suffered on Sunday when they lost 2-0 to Sporting as a penalty goal from Pablo Sarabia and a late goal from Nuno Santos gave the Lions a much-needed victory in their title race.

Both sides are in a relatively comfortable position – they are 12 points clear of the drop and six points behind Vitória in sixth place, they are both headed for a solid mid-table finish. However, they’ll be looking to buckle down the hatches after conceding an average of 2.5 goals per match at the weekend – I’m expecting a low-scoring affair that will pit two of the league’s most underrated goalkeepers against each other: Paulo Víctor at Marítimo and André Ferreira at Paços.

Boavista opened the month of April with a 2-1 victory in Famalicão, with the Axadrezados taking the lead within a quarter-hour as Ivo Rodrigues tripped Kenji Gorré in the box and allowed Gustavo Sauer to convert from the spot. Petit’s side doubled their lead before halftime when French center back Dylan Babutinska failed to control a back pass and allowed Gorré to advance into the box, forcing goalkeeper Luiz Júnior out off his line to make an intervention. Rather than go low and come out with a simple ground save, the Brazilian failed to deal with it properly and allowed Petar Musa to convert from the edge of the box. Boavista nearly tripled their lead when after a lovely bit of individual footwork from Gorré, the ball was deflected into the path of Musa whose shot careened off the top bar, but this proved to be a wakeup call.

No sooner than 10 seconds later had Famalicão managed to reorganize, win the ball back and heap it to Simon Banza, who headed it backwards from the edge of the opposing center-circle and into the path of Jhonder Cádiz, who brushed his way past two opponents and scored past 40-year-old goalkeeper Rafael Bracali, a mere 19 years older than his opposite #1. Whilst Luiz struggled to convince in Musa’s goal, his compatriot delivered a superb performance between the sticks with five saves from shots inside the box and held on for a nervy win despite Gustavo Sauer’s sending off, with the Brazilian lunging into Bruno Rodrigues from outside the box and picking up a second yellow.

Whilst Sauer’s suspension will be a major blow for Boavista’s attacking firepower, Arouca will be without Congolese winger André Bukia, who has drawn the most fouls in the Primeira with 102. Both suspensions will deprive Petit and Armando Evangelista’s side of a major source of creativity and goals, and they could provoke a low-scoring fixture at the Estádio do Bessa.

One of the most shameful nights of the 2021/22 Primeira season occurred on November 27 when Belenenses-SAD were forced to play Benfica with nine available youth players, two of which were goalkeepers, following a COVID-19 outbreak in their squad. B-SAD went behind within a minute and fell to a 7-0 defeat that was abandoned after halftime as the hosts fell to six men after three players left the game claiming to be injured.

B-SAD have escaped last place for the first time in months after a run that has seen them draw to Santa Clara, Boavista and Tondela in March before taking a 2-0 win against Portimonense at home. The visitors conceded from the penalty spot within 11 minutes and went down to 10 men before halftime, with Pedro Nuno adding a goal in the final minute of extra time to add to the Algarvian side’s misery and giving B-SAD their first victory since February 13.

Benfica, on the other hand, began the month with a 3-2 defeat to Braga before losing 3-1 at home to Liverpool in the first leg of their Champions League quarter finals fixture. Their manager Nelson Verissimo is a lame duck – outgoing PSV manager Roger Schmidt is reportedly set to take over – and the clock is approaching midnight on their Cinderella story in Europe. Currently nine points above Braga, nine points below Sporting and 15 below Porto, elimination from the Champions League would effectively end the season’s objectives with third place all but sealed. Expect Morato to slot in for the suspended Jan Vertonghen alongside Nicolás Otamendi in central defense and expect Benfica to come out with a far more competitive, fair even-keeled victory than November’s travesty.

For the fourth league match in a row, Sporting defeated their opponents with a two-goal deficit as Rúben Amorim’s men edged César Peixoto’s Paços. On the surface of it, their upcoming trip to Tondela appears to be a “calm before the storm,” a relatively straightforward match against a relegation battler prior to a week that will see them host Benfica in the league and travel to the Dragão for the second leg of their Taça de Portugal semi finals after Porto won the first leg 2-1. The winner of that tie will likely take on Tondela in the final on May 22, the Auriverdes beating second-tier Mafra 3-0 in the first leg.

After taking charge of the club on March 16 following the sacking of Pako Ayestarán, Nuno Campos has led Tondela to a 2-2 draw against Arouca and an impressive 3-1 win in Marítimo. Tondela took the lead from the spot within 12 minutes before equalizing from a corner kick, but they grabbed a second goal in the 86th minute as Tiago Almeida teed up Rafael Barbosa with a fine cross before doubling their lead in injury time via Tiago Dantas.

Sporting have won their previous two fixtures against Tondela and kept two clean sheets in the process, and whilst they will be without defensive midfielder João Palhinha, they should have enough in the tank to continue their winning streak at the Estádio João Cardoso.

Sign up to Betfair and get a full refund if your first bet loses. Grab an account through the offer below and place £20 on the 12/1 Primeira Liga Best Bets Accumulator. Here are the two possible outcomes: