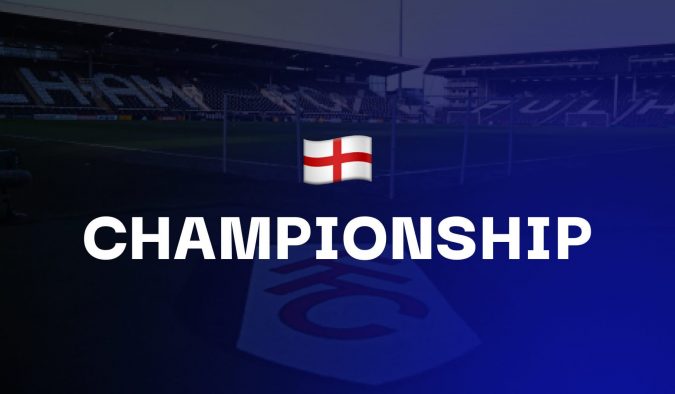 Peterborough have been a source of frustration over recent weeks. Their matches have continued to have lots of chances at both ends, but without sneaking over the 2.5 goals in a game line. However, the theory remains solid that Posh are trending to be more dangerous going forward under Grant McCann, averaging over 1xG per 90 under the former Hull boss, whilst continuing to be profligate at the back.

Posh have now also pushed open the doors of the last chance saloon. Their Championship lives are hanging by a thread where only wins are any good to them now. Hopefully, they are willing to adopt that “win at all costs” mindset here at home to misfiring Blackburn Rovers.

Tony Mowbray’s Rovers aren’t far outside that saloon themselves. They are loitering outside with intent. After failing to take maximum points against Blackpool on Saturday the Easter period will be decisive for their prospects of making the playoffs come the end of the season.

The forwards aren’t at full capacity but with Sam Gallagher scoring a much-needed confidence booster against Blackpool the attack is in a much better place in terms of personnel. Tyrhys Dolan, Ben Brereton Diaz, and Bradley Dack are all in contention to start. With that team news alongside the loose nature of the Posh defence and Rovers’ must-win mentality to get back into the top 6 the ingredients are all there for a potential end-to-end match.

The best way to support this in terms of a bet is to side with both teams to score. This covers the 1-1 eventuality that has happened in each of Posh’s last two matches as well.

It’s taken until the end of the season but Michael O’Neill is certainly getting a tune out of this Stoke team and giving himself a shot of keeping his job over the summer.

One of the main factors in the improved performances has been the integration of Lewis Baker into the team. The former Chelsea youth star has been able to both pull the strings and provide a further goal threat as well as add some set-piece delivery quality. Loading the bullets for a youthful and dynamic set of forwards, with the occasional interlude from the experienced Steven Fletcher, the balance finally appears to be working for the Potters.

They produced two impressive home displays recently where they shut the opposition out with Taylor Harwood-Bellis and Phil Jagielka completely changing the dynamic at the back. They don’t look as defensive as a team as they were earlier in the season, but they are still resolute and competitive in central defence.
Bristol City have continued to be entertaining to watch as the season draws to a close. There is a strong case to be made for them scoring in this fixture, their 1.48xG per 90 over the last 4 matches certainly indicates that they will be able to create the chances, but equally, their 1.88xG against per 90 demonstrates their issues going the other way.

With neither team having much to play for there is every reason for each manager to cut loose and go for it. Stoke have to be favoured to take the victory given their form and home record but adding a small over 1.5 goals angle makes the price odds against and a much juicer bet. Any Stoke victory that isn’t 1-0 will see this collect.

The appointment of Steve Bruce hasn’t had the desired effect for the Baggies. It has become clear that the difficult form that they endured through the middle of the season has really knocked the stuffing out of West Brom and although, on paper, there is a massive difference in the quality of these squads (Premier League vs League One last season) this difference may not play out on the pitch on Friday.

After a couple of poor results, it would’ve been easy for Blackpool to allow their season to peter out. However, against Blackburn on Saturday the Seasiders more than matched the hosts and probably deserved to take all three points. Neil Critchley has done a sterling job with Blackpool this season and they have often produced their best displays in a similar situation to this when they are big outsiders. They drew at Craven Cottage, Bournemouth, and again last week at Ewood Park when the hosts were all odds on. Blackpool have been underestimated by the layers all season long and it feels the same here.

No matter which interval you take over the last 16 games Blackpool are outperforming West Brom in expected points. Indeed, taking the last 8 games in isolation Blackpool are outperforming everyone else in the league. This is built upon a solid defensive record that only concedes 0.71xG per 90 over those 8 matches, again that is the best in the league over that period. The fullbacks in Blackpool’s 4-4-2 system don’t over-commit forward and Kenny Dougall + one other (Callum Connolly last week) axis in the center of the pitch hold that area in front of the defence that nullifies many teams’ central creative influences.

West Brom are a bit of a mish-mash of a unit since the change of management. There’s no doubt that at their best they have the power and ability to overcome the Blackpool defensive unit. But the pace in behind of Karlan Grant, Grady Diangana and Matt Phillips will not be given space to operate and, undoubtedly, Neil Critchley will have a plan in place for Andy Carroll. Of course, the former England man has the physicality to disrupt the best-laid plans but at odds-against I am happy to take the draw and a Blackpool win.

The former ground-sharing pair meet here with Coventry still having a sniff of a chance at getting into the playoffs.

In reality, that scenario is highly unlikely to materialise, but it has become clear that the Sky Blues are going to fight until the maths simply don’t add up. Mark Robins’ men can actually count themselves slightly unlucky to not be right in the mix though as the season-long performance metrics counts them as one of the better teams in the division over 41 games.

Birmingham also belong in the underperforming club. Lee Bowyer’s season has been disrupted by lots of serious injuries and also some bizarre off-the-pitch fights between club staff, players, and fans. Despite all this Blues are clear of the drop, but with very little to play for.

There have been very few goals in Blues matches recently, with at least one team drawing a blank in each of the last five matches, with two 0-0s in that period. However, do not be fooled by those stats, the chances created over that period suggest that at least 2 goals per game should have been scored. That said, there is merit in covering the draw here as both Blues and Sky Blues have relatively equal xG and xG against totals in recent matches.

However, it is still worth siding with Coventry here. They will, of course, be very familiar with playing at St. Andrews and home advantage probably doesn’t have its usual sway in this fixture. Also, the forward triumvirate of Viktor Gyokeres, Jamie Allen and Callum O’Hare, with the potential impact of Martyn Waghorn as well, is well set to create good chances. It is well known at this stage as well that Coventry just do not give up in their matches, the number of late goals, especially recently, testifies to that.

Sign up to Betfair and get a full refund if your first bet loses. Grab an account through the offer below and place £20 on the 23/2 Championship Best Bets Accumulator. Here are the two possible outcomes: