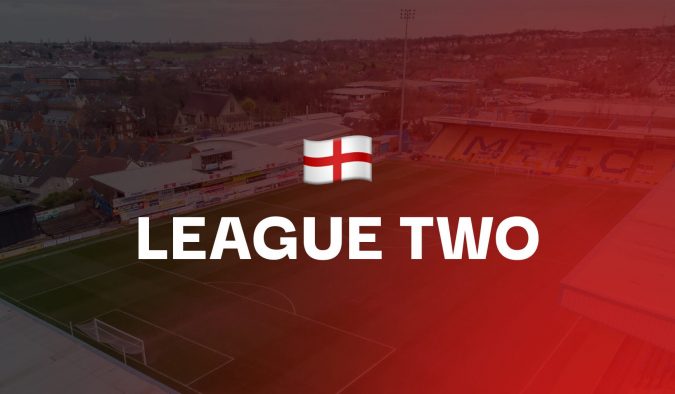 ﻿The Stags welcome the U’s to Field Mill on Friday afternoon as they look to pick up another three points in their quest to win promotion to League One. Nigel Clough’s side battered bottom of the table Scunthorpe United in their last game 4-0 thanks to goals from Stephen McLaughlin, Ryan Stirk, Stephen Quinn and an own goal from Anthony Grant and their boss said that victory has “set them up nicely” for the rest of the season. Mansfield will be in confident mood going into their clash against Sutton United because they have been on fire at home over recent times. They haven’t lost on home soil since 2nd October against Barrow in a run of 12 outings now which has helped them rise up to 4th in the league table, three points behind the top three with a game in hand on 3rd position Port Vale. In terms of team news, attacking pair ﻿Jamie Murphy and Rhys Oates are being assessed this week after missing the past two with injury. Even if they aren’t fit yet, they have the strength in depth to cover for them, as proven by Jordan Bowery and Lucas Akins’ performances against Scunthorpe. They are a strong side and should have too much quality for Sutton, especially with Newcastle United loan man Matty Longstaff in midfield.

Sutton bounced back from their heartbreaking Papa John’s Trophy loss to Rotherham United at Wembley with a 1-0 win over Leyton Orient last weekend thanks to defender Joe Kizzi’s first-half goal. Their manager, Matt Gray, said he was “really pleased” with the response and that result leaves them within touching distance of the play-offs, just three points off with six matches left. However, their away form won’t give them too much encouragement as they prepare to make the trip to Nottinghamshire. The London side have won just once in their last five games away from home and their performances on the road may well cost them a place in the top seven come the end of the campaign next month. Gray has no fresh injury concerns but may be tempted to freshen up the side with the games coming thick and fast at the moment. They are in for a tough clash at Mansfield and it is also worth noting that their opponents have only conceded once in their last three games.

Barrow’s clash against Forest Green Rovers is a big clash at both the top and bottom of the League Two table.

The hosts turned to Phil Brown last month after sacking Mark Cooper in a last ditch attempt to retain their Football League status but their poor form has continued. The Bluebirds were beaten 1-0 away at Crawley Town last time out and their manager believes their players are too nice and that “doesn’t win a game of football”. He hasn’t been able to inspire the Cumbrian side to an upturn in form and they remain well embroiled in a relegation dogfight at the bottom end of the table. They are 21st in the league and are only outside the bottom two on goal difference with just six games left to play. Barrow are on a terrible run of form and have won just once in their last 12 outings which doesn’t bode well as they prepare to face the league leaders. To make matters worse, they are the second-lowest scorers in the division having bagged just 34 goals in 40 games this term with only rock bottom Scunthorpe United scoring less. They also had a covid outbreak last week which saw them name only six players on the bench last weekend.

Forest Green took a step closer to League One with their 1-1 draw against Hartlepool United in their last game with Regan Hendry scoring the goal. Their boss, Rob Edwards, said it was “another point closer” ﻿to promotion and they only need a couple more wins to get over the line so will be desperate to beat lowly Barrow. The Gloucestershire side are the top scorers in the league having fired 69 goals in their 40 matches and have only lost on five occasions this term. They have been dealt a blow with top scorer Matty Stevens, who has scored 24 this season, suffering an ACL injury that has seen him ruled out until the summer. Fellow forward Jamille Matt also hobbled off against Hartlepool so is a doubt for this Friday’s away trip. Nevertheless, Rovers won’t be too worried as they have Josh March ready to step up and proved he can be trusted to lead the line after he found the net against Mansfield Town last Tuesday. They also have young forward Jake Young available and he has scored four times, with only two Barrow players (Ollie Banks and Josh Gordon) scoring more than that this season.

Swindon Town need a win this Friday against Harrogate Town as they look to close the gap on the play-offs.

﻿The Sulphurites welcome the Robins to Yorkshire and they can’t wait for this season to end. Simon Weaver’s side have absolutely nothing to play for and are currently in a dire run of from, winning just once in their last 10 league games and that was against rock bottom Scunthorpe United. They lost 2-0 away to Salford City last weekend and their midfielder Ryan Fallowfield said it is “﻿not so enjoyable” for them at the minute and it won’t get much better as they take on a Swindon side who have players who can hurt them. To make matters worse for Harrogate, their number one goalkeeper Mark Oxley broke his leg in their game against Salford last time out and will now be out for the remaining games of the season now. His absence leaves just Joe Cracknell as their only fit senior stopper and he has only played once in the league this term. Oxley has joined the likes of ﻿Josh Falkingham, Lewis Page, Brahima Diarra and Lewis Richards in the treatment room now and Weaver doesn’t have many options to choose from over the Easter weekend.

﻿Swindon Town lost 1-0 at home to Newport County in their last game but their boss, Ben Garner, has been given the vote of confidence by the club’s hierarchy this week regardless of what league they are playing in in the next campaign. He said that they will “carry on working hard” as they prepare for some big matches coming. The Robins remain in with a shout of getting into the play-offs and they are only four points off with six left to play, with games in hand on the likes of Tranmere Rovers, Salford City and Newport County. In terms of team news, Harry McKirdy, who has been linked with a move to Hibernian this summer, has been out of action over recent weeks and is a doubt again for this one. Nevertheless, key midfielder Louis Reed returned from suspension last time out and is back available which softens the blow of McKirdy’s absence. Swindon need to get their momentum back and they have a good opportunity to get back to winning ways with Harrogate stuck in a rut.

Leyton Orient have turned a corner under Richie Wellens and will be looking to have a strong end to the season as they prepare to face struggling Scunthorpe United on Friday.

﻿The O’s made the decision to sack Kenny Jackett and Wellens has since come in to save them this season. He has steered the London club away from trouble and they can afford to relax somewhat now, which may explain why they lost 1-0 to Sutton United last time out. Nevertheless, their popular boss said he thought their performance against Matt Gray’s side was “really good” and you’d fancy them to bounce back by getting all three points against the worst side in the league. Leyton Orient have lost just twice in eight games under their new manager and haven’t been beaten at home with him at the helm. In terms of team news, they hope to have defender Tom James and Millwall loan man Alex Mitchell back before the end of the season which will be a boost. They won’t need them for this weekend though as the likes of Shadrach Ogie, Omar Beckles and Jayden Sweeney are playing well right now, conceding just once in the last two outings. They rested League Two Player of the Month for Match ﻿Ruel Sotiriou against Sutton which suggests he could start against the Iron which will be bad news for their opponents.

﻿Scunthorpe are slipping into non-league for the first time in their history and it will be confirmed over the next couple of matches for them. Keith Hill’s side need putting out of their misery and have won just four times all season. The North Lincolnshire outfit are the lowest scorers in the league on 26 goals and have conceded the most by a country mile, leaking 76 so far this term with five games still to play. They were battered 4-0 by Mansfield Town last weekend which was their sixth defeat on the spin and they also haven’t scored in their four games. Speaking after their loss against the Stags, Hill said that they “﻿weren’t good enough”. In terms of selection news, centre-back George Taft still won’t be available for the trip to Leyton Orient which is a big blow. 19-year-old Dan Gallimore has taken his place in the heart of defence but lacks the experience required at this level of football, which has been reflected by the fact they have let in five goals in their last two.

Sign up to Betfair and get a full refund if your first bet loses. Grab an account through the offer below and place £20 on the 23/2 League Two Best Bets Accumulator. Here are the two possible outcomes: