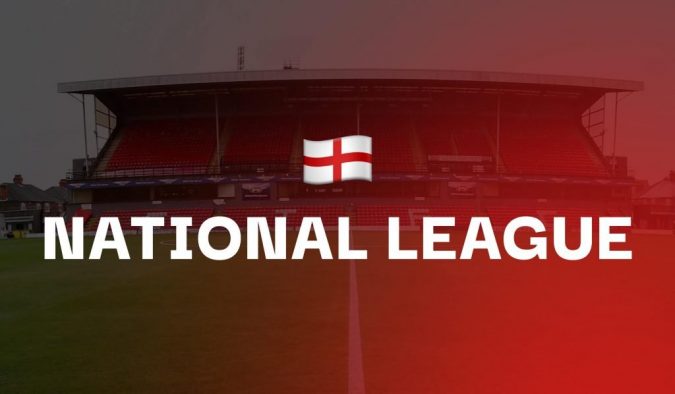 Altrincham’s National League season looked to be heading for a disastrous conclusion after a prolonged winless run but since coming from 2-0 down to draw 2-2 with Woking, they have won six of nine matches to not only stave off a potential relegation but also move to within four points of Yeovil Town and a mid-table finish.

Key to their improved form has been their home record, Alty winning each of their last five at home without conceding a single goal. Impressively, that run has contained victories against Dagenham and Redbridge and Chesterfield which means they should come into their Good Friday with no fear. Alty were admittedly fortunate to come away with victory in those matches but their performances against poorer performing sides away from home has been strong and there is an argument to suggest FC Halifax Town come under that branch given recent form.

Pete Wild’s side remain third in the league table and have accrued 1.5 points per game away from home this season. However, they have won just two of their last eight on the road, being defeated by Maidenhead United and King’s Lynn Town during that time. They have conceded in seven of their last eight matches away from home, only keeping a clean sheet against lowly Weymouth, and that game was the only one in which Wild’s side have conceded less than 1xG. They are also having issues defensively with Tom Bradbury and Jack Senior currently unavailable while Martin Woods will miss this one having been sent off at the weekend.

Dagenham and Redbridge come into the Easter Weekend still holding onto the hope that a good end to the season could see them gate crash the top seven.

They are going the right way about it. The Daggers have won five of their last eight matches, conceding just four goals and keeping six clean sheets in that time. More consistency in selection has been key, particularly through the spine of the team where Callum Reynolds, Will Wright, Matt Robinson, James Comley, Mo Sagaf, Paul McCallum and Junior Morias are playing regularly. Their improved defensive performance also shows in the numbers, not conceding more than 1xG in any of their last four home matches. The Daggers have won three and drawn one of the last four matches played against sides outside of the top half at home.

Barnet’s struggles against the better sides in the division continued with a 2-0 defeat against Solihull Moors last weekend. It means they come into this game having lost 11 of their 14 matches against the top eight, conceding more than one goal in ten of those matches. Their form on the road against the top 13 doesn’t make for better reading, losing eight of 12 matches and conceding two or more in seven. Dean Brennan has long spoken about issues with physicality in his team when playing against the top sides and concerns with his midfield won’t help – Harry Taylor had to return earlier than planned last weekend to help out.

The Daggers should find the net on Good Friday and their improved defensive performance suggests Barnet may not get too many chances to reply.

A game between two sides in poor form, who have a very good idea of how their season is going to finish.

Maidenhead United beat Dover Athletic last time out courtesy of a 92nd minute winner. The win means they are now 13 points clear of King’s Lynn Town with both sides having six games left to play. Weymouth, meanwhile, picked up a respectable draw against Grimsby Town to end a six-game losing streak but Aldershot Town’s surprise victory against Boreham Wood means they are now 11 points from safety. Weymouth come into this game having won one of their last 22 league matches.

The pressure is off both of these sides to perform and I think we could see a game that provides goals as a result. Maidenhead United have scored in each of their five matches against sides in the bottom three and in 4 of 5 matches against sides below them at home, the sole failure being against Wealdstone in a game they deserved something from.  The Magpies have kept just three clean sheets against the same opposition, two coming against Dover Athletic, meaning Weymouth, who have scored in four of five away matches against sides 16th or lower, stand a chance of finding the net. They have the worst xG in the National League overall this season but they have picked up recently amid a more positive formation change and Maidenhead will give them chances.

Wealdstone made a name for themselves early in the season for being gritty and difficult to play against. Since the arrivals of Aaron Henry, Nathan Ferguson and Charles Clayden and the returns to fitness of Rhys Browne, they have become a more complete team, offering a much bigger attacking threat and it has resulted in more goals in their games. I think that will continue this weekend.

Their game with Southend United is another in which both sides have very little to play for beyond pride, Wealdstone having secured their survival and Southend United are no longer capable of reaching the play-offs. Before their 2-0 defeat at FC Halifax Town, Wealdstone had scored in 11 matches in succession. They found the net against Chesterfield last weekend and will fancy their chances of finding the net against a Southend United side that have changed their defence in seven of their last eight matches amid injury and departures.

Despite improvements going forward, Wealdstone have also conceded in ten of their last 11 matches, only keeping a clean sheet against a Maidenhead United side that created plenty. Like Southend United, Wealdstone have been forced to make regular changes to the backline, particularly at wing-back, which hasn’t helped. While Southend are without a goal in three matches, they do have Harry Cardwell and Noor Husin fit again and their record against sides in the bottom half is strong since Kevin Maher took charge, winning each of their last four matches against such opposition.

If Torquay United needed further encouragement to go all out in their late dash for the play-offs, overtaking Bromley would have done it.

It’s been some turnaround since early December, Gary Johnson’s side winning 11, drawing five and losing just three of their league matches. While a couple of loan signings have helped, their return to form has primarily come with the returns to fitness of the players left from last season’s title charge, particularly in attack where in the last 19 matches, Armani Little (four goals, nine assists), Conor Lemonheigh-Evans (eight goals, five assists) and Danny Wright (four goals, six assists), have well and truly found form.

The one problem they have is that they can’t keep clean sheets. Torquay have conceded every away match played this season, leading to a both teams to score record of 90% against bottom half sides away from home. That will be music to the ears of a Woking side that have won four and scored in all six of their recent league matches. There is stability about their starting XI again, helped by the returns of Rohan Ince and Solomon Nwaboukei in midfield, as well as having all four forwards fit and available.

Both sides are close to full fitness, have plenty of reasons to be confident and I think both find the net on Friday.

Wrexham are certainly giving their supporters their money’s worth at the minute.

The Welsh club, famously owned by Ryan Reynolds and Rob McElhenney, have scored 28 goals in their last seven home matches and have now won nine of their last ten at home, only falling short against Maidenhead United, a 1-1 draw despite playing with ten men for 86 minutes. Phil Parkinson’s side have the second best home record in the division and know that victory against Solihull Moors could see them not only extend the gap to fourth to seven points but also close the gap on Stockport County.

Solihull Moors are in similarly strong form, winning five of their last six matches and not losing any of their last 14 in the league. They have even kept clean sheets in their last two matches, ending a run of nine without one. It’s not as if their defensive performances have improved, however, they conceded more shots against Barnet than they have done since the 5-1 loss against Dagenham and Redbridge. They will be coming up against a side that are ruthless as they come at the moment – Paul Mullin, Ollie Palmer and Jordan Davies aren’t likely to pass up opportunities in their current form.

Solihull Moors’ long unbeaten run is bound to end at some point and I think it happens on Good Friday.

Sign up to Betfair and get a full refund if your first bet loses. Grab an account through the offer below and place £20 on the 19/1 National League Best Bets Accumulator. Here are the two possible outcomes: