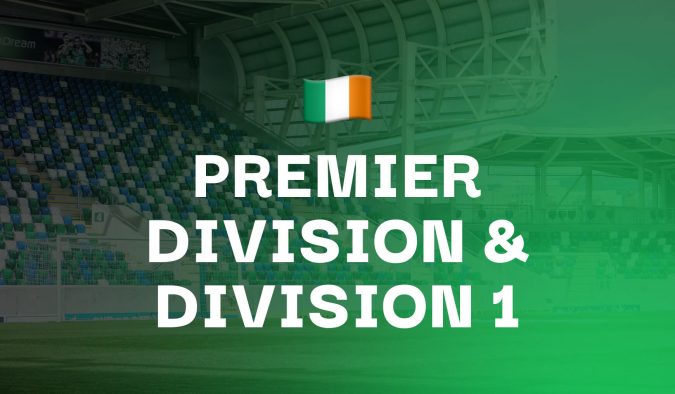 Irish football returns on Friday night where Dundalk now find themselves in the top three, following consecutive home wins against Shelbourne and Drogheda. The Lilywhites now boast the best home form in the top-flight with five wins from seven home league matches while they are yet to lose at Oriel Park.

However, the Lilywhites are just one of two sides in the division yet to win on the road but that stat is not quite as damning as it may seem with Stephen O’Donnell’s side drawing four of their six away matches and suffering their only two defeats of the season so far while on the road.

It’s not that long ago these two sides met at Oriel Park with Dundalk cruising to a 2-0 victory with Patrick Hoban and Dan Kelly the goalscorers. Hoban has yet to score in consecutive games this term which is surprising given his incredible record for Dundalk in years gone by but he’s been hinting at a run of goals coming his way with three goals in his last six appearances. Don’t be surprised if he finds the net against the league’s leakiest defence (30 conceded in just 13 games).

A quarter of the way into the 2022 season and UCD look totally out of their depth and ready for an instant return to the First Division. The Students have scored a league-worst tally of just seven goals and are unlikely to cause the division’s joint second-best defence too many headaches here.

Two teams that have failed to impress so far this season meet at Tolka Park on Friday night in what is an important game for both managers. Damien Duff’s first spell in management has been far from a fairytale with Shels now just two points above the relegation play-off position following a second defeat of the season against Finn Harps (their 7th loss from 13 games overall), while Sligo Rovers haven’t shown any improvement from last season.

Only UCD have scored fewer goals than Shelbourne this season (10 goals scored in 13 matches) but that stat comes as little surprise given the lack of quality attacking options Damien Duff brought to the club in the off-season. The Reds find themselves chopping and changing between Dan Carr and Sean Boyd up front, two strikers who have never been prolific goalscorers. Jack Moylan aside, Shelbourne carry very little creative spark from deep meaning it’s difficult to see where their goals will come from until they can address the balance of the squad in the summer window.

Sligo boss, Liam Buckley has always been associated with playing an attractive brand of passing football but this Sligo Rovers side certainly don’t fit the bill with the Bit O’Red playing a dour direct brand of football this season.

Aidan Keena’s goals have dried up with the former Falkirk man goalless since March while the clubs next top goalscorer Maxa Mata has been absent for the last two matches which is far from ideal.
Shelbourne managed to sneak a 1-0 win on an awful Showgrounds pitch in Sligo a few weeks ago (the playing surface certainly hasn’t aided Sligo this season) and I expect this latest meeting to be equally low scoring.

Bohemians managed to stop the rot, for now at least, with a 3-0 win at home to UCD on Friday. That was a result and scoreline that was badly needed following the comprehensive Dublin Derby defeat against rivals Shamrock Rovers but Friday’s victory wasn’t as straightforward as the scoreline suggests.

UCD missed a great chance to take the lead early on while individual errors as crucial points of the contest saw the youthful Students fold tamely as they so often have done this season. Derry City will offer Bohemians an entirely different test, a test I’m not sure they can meet the grade in.

The Candystripes have scored 11 goals in their last two matches and the manner in which they dismantled a good St.Pat’s team on Friday was particularly eyecatching. In Jamie McGonigle they have, for me, the best pound-for-pound centre-forward in the country and he’ll be looking to add to his tally of 9 league goals so far this season on Friday.

Bohs ability to manage difficult situations has been widely questioned at times this season and having to go to the Brandywell is a major test of their temperament. City have won four of their six league matches on home soil (or astro turf as is the case here) and they stand every chance of picking up another big three points here.

Back-to-back league Champions Shamrock Rovers may be about to lose the services of their Head Coach Stephen Bradley, who is currently in discussions with the English League One side Lincoln about a move to the Imps to take up their vacant managers position.

With Rovers three points behind a very strong looking Derry City side, Bradley’s departure and the potential for the former Arsenal youth to take some of Rovers top performers across the water with him could seriously derail the Hoops bid for three-in-a-row.

However, until then, it has to be business as usual at the Tallaght Stadium and Rovers should be professional enough to deliver a convincing display here against a relegation-threatened Finn Harps.

The Donegal men gave their survival hopes a huge shot in the arm with a win over Shelbourne last time out but a trip to the Champions is a totally different proposition and with Harps scoring just 11 goals this season and conceding 21, they don’t appear to have the quality for a task s great as this.
HOT STAT: Rovers have beaten Harps 3-0 in their last two H2H meetings.

What a mental few days it’s been at Bray Wanderers in what has been a truly crazy season. As documented in previous previews, Bray Wanderers were purchased by Cabinteely at the end of last year with a sort of “super-merger” taking place, a merger which has been deeply unpopular with Wanderers supporters.

Tempers had been threatening to boil over for weeks with sections of the fanbase airing their displeasure at games and online, which has led to the club disabling comments on social media, a move which has only added fuel to this raging fire.

All of this came to a head in Wexford on Monday when Wanderers Director of Football Pat Devlin became involved in an altercation with a group of Bray fans, an incident which has since gone viral. Today, the Wicklow outfit have released an incredible statement backing Devlin and condemning those supporters involved, a move which will leave a toxic atmosphere hanging in the air for the visit of Waterford on Friday.

The Blues haven’t exactly been a model off the pitch either as we saw through their incredible relegation last year while new manager Ian Morris didn’t even see out the first quarter of the 2022 campaign. Still without a manager, Waterford stuttered to a 1-0 win with ten men at home to rock-bottom Athlone Town on Monday.

Waterford would have been expected to win in a much more convincing fashion but to get the job done having been a man light for an entire half of football showed a good spirit and that should be enough to get them past basket case Bray Wanderers.

The Seagulls are winless in their last 8 matches and deservedly sit third from bottom in the First Division. Waterford have a lot of catching up to do on the top two but with the resources they have, if they can get a new manager appointed quickly and get their act together they could still have a say this season.

Twelve games in and with just two points to their name, Athlone Town and UCD AFC remain the only two teams in the entire country without a win this season. The Westmeath outfit are still without a manager despite parting ways with Martin Russell almost a full month ago.

In fairness to the stand-in management team they’ve managed to get plenty of honest efforts out of the players but that was never an issue under Russell who had Athlone playing some nice stuff too, making the decision to dismiss the former Limerick boss all the more baffling.

Friday’s game will be a bottom v top affair with Cork City settling a relentless gallop with the Rebels winning their last four on the spin and suffering just the one defeat so far this term. Colin Healy’s side have scored a freakish 31 goals in just 13 matches and they’ve only conceded 6!

Those are truly the stats of Champions and Cork City are showing all the right credentials to go on and claim that crown. As long as their attitude is right here, this should be childs play.

Longford’s promotion hopes took a huge blow over the Bank Holiday weekend with trips to Cork and Galway yielding a return of zero points earned, one goal scored and six conceded. Those results already leaving Longford cut adrift from the top two meaning a place in the play-offs is most likely their best hope for the remainder of the season.

Things could have been very different if Town took their chances in both of those games but that’s nothing new this term, Town simply haven’t been clinical despite being one of the highest possession holders in the division. Gary Cronin’s team simply aren’t turning possession into clear cut chances and even when they are they are failing to put those chances away.

Longford’s old achilles heel of not being able to defend set pieces have reemerged of late as well meaning Cronin has a number of issues to iron out ahead of Saturday’s home game against Wexford.
Injuries and suspensions are starting to mount up as well which is a major problem given the light nature of the Longford squad this season, they badly need summer recruits to arrive.

However, they should still have enough to end their three-match winless streak here given the leaky nature of Wexford’s back four. Longford put three past Ian Ryan’s men early on this season and with Wexford failing to beat any side above them yet this season, Longford fans will be demanding a commanding response from Cronin and co here.

Sign up to Betfair and get a full refund if your first bet loses. Grab an account through the offer below and place £20 on the 29/1 Irish Football Best Bets Accumulator. Here are the two possible outcomes: