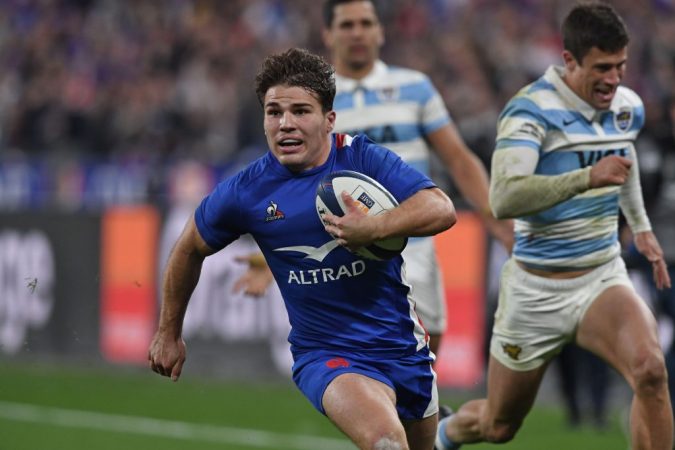 We head into this weekend with Ireland hoping, France expecting, Wales, Scotland & England pondering what might have been, and Italy, well, they’re just happy to be here. It’s every rugby fans favourite Saturday of the year, and based on current standings, the fixtures couldn’t be better matched for a final weekend of a tournament France have dominated. Les Blues are quite rightly the favourites to become champions. Win, and Fabien Galthie’s men will record their first Grand Slam in 12 years. A loss, and they’ll be hoping Scotland found a way to do them a favour in Dublin a few hours prior. Whilst the Scots and England can still technically emerge as champions, it’s beyond comprehension to consider anything other than Ireland or France’s name being etched onto the trophy at 11pm in the Stade de France Saturday evening.

The final round of the Six Nations takes place March 19th

The major talking point heading into this tournament was the rumour Italy were to be replaced by South Africa in future versions of this tournament, a suggestion that was quashed by tournament organisers before it could grow any substantial legs. The idea that Italy could be axed for a Southern Hemisphere side was a lot to take in for the Italian Union, whose U20 side continue to send shockwaves around the original 5 nations unions with a series of impressive results. That said, with the senior side still searching for their first win in this tournament since a victory in 2015, it’s no surprise the question is being asked. It would take a brave person to suggest that streak is about to come to an end.

Whilst this has been one of the poorest tournaments in memory for Wales, Alun Wyn Jones is back to make his record 150th appearance in front of a home crowd desperate to end a miserable campaign on a high. One omen that may have those home fans sitting uncomfortably, every time Alun Wyn Jones has played a marquee game, be it a club, international or Lions debut, or a milestone such as 50th or 100th caps, he has been on the losing side. It’s very difficult to see anything other than a Wales win here, however, Italy scored more points last week against Scotland, than the Welsh have scored against any other opponent this tournament, Italy have also managed to score 4 tries in 4 games, whilst Wales have only gone one better with 5, this game has the potential to be a lot tighter than many are expecting. One aspect that makes a handicap bet so enticing in this game is the expectation Jones & Bigger will have a very expectant crown behind them, this is a game for Wales to attempt to make a statement, kicking for goal will not do, Wales have to be adventures and look to kick to the corner and call scrums in attempt to turn those penalties into tries.

Italy at +16.5 is 11/4 with Paddy Power, and that score line would have been a winner against Scotland last time out, with only three points separating Wales & Scotland when they met, it would suggest this game could be a tighter affair than many Welsh fans would like to admit.

A win for Ireland at the Aviva puts them top the table, and all of the pressure on France who will kick off a few hours later. Andy Farrell’s men were fancied heading into the tournament, a 6 point loss in Paris the reason the title is out of their hands. Whilst Ireland recorded their record win at Twickenham last weekend, for 78 minutes England played with 14 men, and for 70 of those minutes, England matched them in every department. That performance would seem to be an outlier, as Italy & Wales were unable to land a glove on the side who were last crowned champions in 2018.

James Lowe was the star of the show in London last weekend, and it would be foolish to count him out of adding to his tally and cement his place as the tournament’s leading try scorer, with one coming every 54 minutes for the Leinster wing. A man who hasn’t had the conversion rate his performances have warranted is Scotland star and captain Stuart Hogg. The Lions fullback leads the tournament in metres made, in fact, he averages an additional 30m per game better than his nearest competition Freddie Stewart. With Finn Russell dropped from the starting XV, all eyes will be on Hoggy to step up and give Scotland a chance of upsetting the hosts.

Stuart Hogg is 10/1 to score 2 or more tries on Saturday, a feat he managed twice in 2021, against World Champions South Africa, and 6 Nations winning Wales.

The main event of the evening. A repeat of 2016, England travelled to Paris knowing victory would hand them their first Grand Slam since the World Cup winning side of 2003, only this time, it’s Les Blues who will reign as undefeated champions with victory over the World Cup finalists. Jones has made five changes to the side that lost at home to Ireland last week, looking to overawe France with power in the pack, and speed in the midfield and wings.

It’s a recipe that worked last time these teams faced in this competition, England edging a tight affair 23-20, with Anthony Watson scoring England’s first try of the game within 10 minutes. Whilst the last couple of tournaments have seen England become somewhat inconsistent in their performance levels and discipline, one mainstay of this team is their ability to score tries early. In 9 test matches in 2021, England scored a try in the opening 10 minutes 6 times!

Jack Nowell, starting again and finally back to full fitness, including a stint in the scrum last week in lieu of the red carded Ewells, Nowell is a firm favourite of Jones, dependable under the high ball, with Smith and Slade both excellent options with the boot, it would be no surprise to see England work a training ground move to put Slade in space to kick to his Exeter team mate, deep into French territory, and give England an early score. A tactic often deployed by Jones to great effect. That would really put the pressure on a French side known for their ability to self-destruct. Game on! Nowell is 20/1 with Paddy Power to score a try in the first 10 minutes of Saturday’s game.

Jack Nowell to Score a Try inside the first 10 minutes

Sign up to Paddy Power and get a full refund if your first bet loses. Grab an account through the offer below and place up to £30 on any Guinness Six Nations Super Saturday Bets. Here are the possible outcomes if you took the higher odds bet at 20/1: