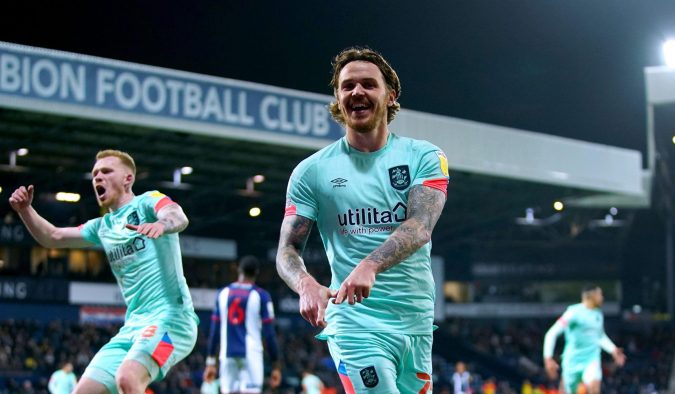 Friday night’s fixture is massively important at both ends of the table as Huddersfield Town host Barnsley at the John Smith Stadium. Victory will mathematically guarantee Huddersfield’s place in the playoffs and a loss will virtually secure Barnsley’s place in League 1 next season. As a result, I thought I would have a look through all of the stats for both sides this season and piece together my top 3 Bet Builder tips and predictions along with a pre-match cheat sheet and my predicted lineups to help anyone that fancies a punt on this interesting fixture.

Not only does this game guarantee playoff football for the Terriers, but the side can also move to within one point of second-placed Bournemouth. However, with Bournemouth having played 2 games fewer than Huddersfield it is unlikely Carlos Corberan’s men will mount a real challenge for the final automatic position. As a result, the side’s first priority is ensuring strong form going into the playoffs by winning their remaining fixtures. Ten points and three clean sheets have been posted from their last four outings and they will hope to carry this into this fixture against bottom of the table Barnsley.

For Barnsley relegation appears to be nothing more than a formality as they would need to win their remaining four fixtures to leapfrog Reading and as the side has only won one away game all campaign this appears unlikely. If the side was to mount a realistic survival push, they needed to secure 3 points against rivals Peterborough on Easter Monday. Something they failed to achieve, as they lost 2-0 in an unconvincing performance. However, the season is not yet over for Poya Asbaghi’s side as there is still a glimmer of hope that they will carry with them through to this fixture and this will likely make them a harder opposition for Huddersfield than their league position suggests.

Considering these two sides’ records home and away this season there seems to be one clear outcome for this fixture. In their last 12 matches at the John Smith’s Stadium Huddersfield have lost just once and won 6. Equally, Barnsley boasts the worst away record in the entire division, winning just 1 game in 21 attempts and totalling 8 points, 4 less than any other side in the league. This would seem to suggest that despite the importance of this game for Barnsley there is very little chance of them returning home with all 3 points.

It is also important to consider Huddersfield’s previous fixtures against other sides residing at the foot of the table. Huddersfield has not lost to a side below 18th place, winning 8 of these 11 matches this season. The Terriers also won every match played at the John Smith Stadium against these sides. This becomes even more imposing for the visiting squad when you consider the aggregate scoreline against Derby, Peterborough and Reading, who has been Barnsley’s biggest rivals for relegation this term, is 9-0 in favour of Huddersfield.

As a result, the Barnsley win would be a serious upset to this trend especially when you take into account their own away form. Carlos Corberan’s side is also experiencing a return to their previously strong form as they have not lost in the league for 4 matches and picked up vital wins against promotion rivals Luton and Middlesbrough in the process.

Despite being the strong favourite to win this fixture, Huddersfield are still priced at a very solid 1.57 which will offer a very reasonable boost to the overall odds of this bet builder especially considering the likelihood of success. If you think Huddersfield are likely to secure victory comfortably, then the handicap market is very appealing as Huddersfield (-1) is priced at 2.7. However, I won’t be backing this personally as the importance of this fixture for Barnsley could ensure this game remains a more hotly contested fixture than previous matches with sides in the relegation zone.

Danel Sinani to Score or Assist

This selection is based predominantly on Huddersfield’s ability to create and score chances from set-pieces. The side has scored 19 set pieces in the league this season which accounts for a third of all the goals in the campaign. This would seem to suggest that the person who takes the majority of the corners and freekicks would pick up a number of assists and this certainly is the case as Sorba Thomas has the most assists in the squad with 11 and is the primary set-piece taker for Huddersfield.

However, after being taken off at halftime with an injury in their last match Thomas is unlikely to feature in this fixture which opens the door for Sinani to produce from set-pieces.

Sinani proved against Queen’s Park Rangers that he can deliver a quality ball into the box from a set-piece when he set up Hodge at the near post for the first goal. With the absence of Thomas, Sinani will not only likely feature, despite being dropped for the previous fixture, but take the majority of the home side’s set-pieces which will likely result in a number of chances created and the opportunity for an assist. Sinani averages just under a key pass per 90 and has 2 assists this season with both coming from corner deliveries, with added opportunities in this match the potential for Sinani to record an assist is certainly there.

However, this selection is not limited to Sinani picking up an assist for the selection to be successful but also the possibility of him finding the net. Sinani has certainly not been prolific in front of the goal with only a 13% conversion rate but the man from Luxemburg has found the goal 6 times this season for The Terriers making him their second top goal scorer.

Sinani has already scored some quality goals for Huddersfield this season and it’s clear that when he plays, he is crucial as an attacking outlet averaging 1.72 shots per game with 0.73 finding the target. Sinani could certainly score if given the opportunity in this fixture and that goal would secure success with this selection.

Danel Sinani to score or assist is priced at 2.1 on Paddy Power and with the likely absence of Sorba Thomas for Huddersfield, Sinani will play a huge role in the attacking play down the wing. As a result, there is a significant opportunity for him to score in the match or assist a teammate through a set piece or any other means.

Over 1.5 Cards for Both Teams

As a result, it is more than likely that there will be a number of cards given out to both teams in this fixture, something that is not uncommon in meetings between these two sides as when they met in the FA cup there were 4 yellow cards given out with both teams receiving 2.

Huddersfield average 1.7 yellow cards per game which would be enough for this selection to be successful. The side has received 3 yellow cards in all of their last 3 fixtures suggesting that if this trend continues then the side is likely to receive the 2 required for the selection to hit.

This is coupled with the fact that 5 of their players have 5 or more yellow cards in the Championship this season including goalkeeper Lee Nicholls who has received 7 yellow cards this season with the majority coming as a result of time-wasting. As a result, there is also an avenue for cards to be shown to Huddersfield players leading towards the end of the fixture something that happens frequently in their matches.

Barnsley themselves average 1.8 yellow cards per game, something that has the potential to increase as Huddersfield’s opposition averages 2.1 cards when playing at the John Smith Stadium. In 6 of their last 10 Championship matches, this selection has been successful and in both matches against Huddersfield, Barnsley has received 2 yellow cards. If these trends continue into the match on Friday, then both teams will likely receive at least 2 yellow cards each.

Prediction: Over 1.5 Cards for Both Teams

Back the 6/1 Huddersfield Town v Barnsley Bet Builder below ⬇️

Sign up to Paddy Power and get a full refund if your first bet loses. Grab an account through the offer below and place £30 on the 6/1 Huddersfield Town v Barnsley Bet Builder. Here are the two possible outcomes:

How to watch Huddersfield Town v Barnsley in the Championship