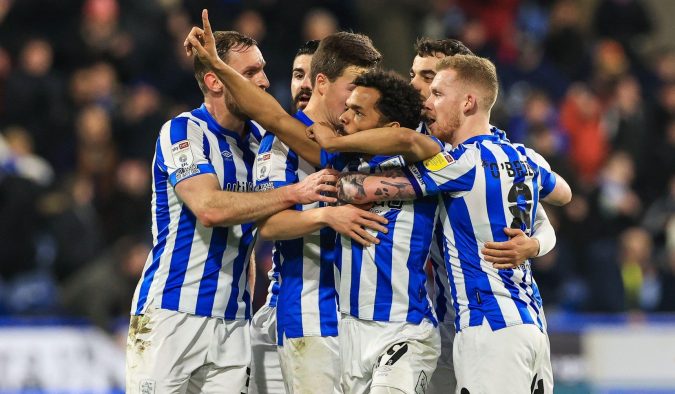 The Championship continues on Monday night, as Huddersfield host Luton. This is a match that will shape the fate of the play-off places in the Championship, as both sides are equally poised to challenge for a place in the Premier League next season. With Huddersfield not being in the Premier League since the 2018/19 season, and Luton not appearing in the top flight since 1991/92, both sides will be desperate to make their play-off spot as secure as possible.

Huddersfield are currently sat in fourth position in the table. They are one point behind third place, who they have played one extra game than, and one point clear of Luton in fifth. With the play-off places being distributed from third to sixth in the Championship, Huddersfield are top of the flurry of teams that will be aiming to lift the play-off trophy at Wembley at the end of the season. After finishing 20th in the 2018/19 Premier League season after only two years in the top flight in their latest stint, The Terriers will believe that they deserve their place back in the top division.

Luton, as mentioned, are sat in fifth position in the league. They are one point behind Huddersfield in fourth, and level on points with sixth position, albeit with a game in hand. After a phenomenal season, Luton will feel like they deserve a chance to at least participate in the play-offs, with fans dreaming that an appearance in the Premier League is extremely possible. With Luton being in the Conference League back in 2013/14, being able to solidify a play-off position will be seen as a huge success in this incredible journey on their rise back through English football.

Have a look at my bet builder selections, as well as the Cheat Sheet, as the battle for the play-offs continues to heat up.

With both sides expecting to lock horns tonight, as they will only settle for a victory, I wouldn’t be surprised if the ‘attack is the best form of defence’ tactic is unleashed. With both sides knowing that outscoring their opponent will do wonders for their play-off hopes, I’m looking at Luton star-man Elijah Adebayo to get on the scoresheet.

Luton’s rise to the top end of the Championship hasn’t been through luck. Adebayo has been one of the key characters in the team who has delivered at the top end of the pitch in order to grasp vital results throughout the season. With an impressive goal tally of 15 goals in this league campaign, Adebayo has been the man to deliver in big games, which is why I believe that he will be the player to make the difference against Huddersfield.

With Luton scoring one goal or more in their last ten consecutive league fixtures, this is a great form of encouragement for the team who enter this game knowing that they need a positive result to maximise their chances for the play-off. With Luton clearly being able to make a flurry of chances for their attackers, Adebayo will be most likely to convert an opportunity due to his tremendous form this season. With an average of 2.15 shots per game, Adebayo often gets in the thick of the action, constantly trying to trouble the keeper and make opportunities for himself.

Completing 33.5 full 90 minutes in his 36 league appearances this season, Adebayo has rightfully earned himself a place in the starting eleven, due to his consistent goal scoring form throughout this campaign. With a vital fixture presenting itself on Monday night, the 24-year-old will be expected to be the shining light of quality for Luton during the match.

Danny Ward to have 1+ Shots on Target

Fourth versus fifth in the latter stages of the season spells tension, and an evenly matched clash between two sides that will be desperately trying to distance themselves from seventh place, where they would fall out of the play-off spots. After already explaining my pick on who will perform for Luton, an even fixture means that both sides will have players that will show their quality. My pick for the Huddersfield player to shine is Danny Ward.

With a tally of 13 goals so far in the league this season, Ward has presented himself as a key player in the Huddersfield side who is most likely to produce top quality attacking output. The attacker has shown his wealth of experience in English football throughout the years, as he has been a key figure in driving Huddersfield back towards the Premier League. With experience throughout the Championship, with also a year spent in the Premier League with Cardiff City, Ward is relied on as a key threat for Huddersfield, as he is expecting to have the footballing knowledge to collect key results to drive The Terriers up the table.

Averaging 2.55 shots per game, he normally averages to divert 1.1 of those on target per match. With a crucial clash against Luton on Monday night, Ward will be expecting to be in the centre of a high-intensity match, as he will be the Huddersfield player that is most likely to produce shots that will trouble the Luton goalkeeper. With Ward averaging 0.45 goals per match, this shows the frequency of his involvement in the Huddersfield attack, as it is often that he appears on the scoresheet. To be able to score goals on a consistent basis, it outlines his habit of always making chances for himself. Because of this, I’m backing him to have at least one shot on target throughout the match.

Prediction: Danny Ward to have 1+ Shots on Target

Luton to Receive the Most Cards

With this game being so valuable to both sides in an almost identical position in the table, I’m expecting tempers to flare as patience may be a thing that runs out quickly, due to both sides’ desperation to outclass their opponents. Whilst looking at who I would expect to be most careless, I decided that Luton, as a team, will have a more reckless approach than Huddersfield.

Out of the two sides, Luton will be the team that will be under the most pressure. Firstly, they are the away side in this fixture. They will be subject to having the majority of The John Smith’s Stadium against them, as the Huddersfield fans will be trying their best to unnerve them and destroy any momentum or encouragement that they will have going for them. Also, despite the gap between the two teams only being one point, Luton are still the underdogs in the match, as they are the side that will be chasing their opponents. This desperation will lead to a higher chance of a few reckless challenges being put in, with the amount of bookings expecting to rack up for the away side

Luton are the side that haven’t been in the top flight for an extremely long time, compared to Huddersfield. This will undoubtedly create an extra amount of pressure, as the hopes and desperation of their fans will transfer to the players, who will be desperate to not let the club down. The extended amount of time away from the top flight will be an added amount of pressure on the players until the end of the season, which is another reason why I’m expecting Luton to rack up more cards.

The referee in charge of this game distributes an average of 4.14 yellow cards per match. This gives Luton an opportunity to pick up a tally of bookings that could be considerably larger than any amount that Huddersfield pick up, due to the referee’s approach at giving out a healthy amount of bookings.

With Luton being the side with more to lose (just), these reasons are why I’m expecting them to keep the referee busy on Monday night.

Prediction: Luton to Receive the Most Cards

Back the 7/1 Huddersfield v Luton Bet Builder below ⬇️

Sign up to Paddy Power and get a full refund if your first bet loses. Grab an account through the offer below and place £30 on the 7/1 Huddersfield v Luton Bet Builder. Here are the two possible outcomes:

How to watch Huddersfield v Luton in the Championship