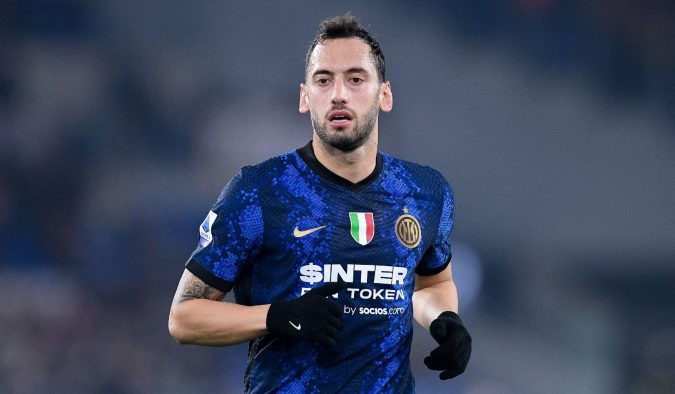 It’s a Derby D’Italia as Juventus and Inter Milan return to Serie A action on Sunday evening at the Allianz Stadium, as they battle it out towards the top of the table. The international break came at a good time for Max Allegri and Simone Inzaghi with both managers under pressure from recent results. These sides sit 3rd and 4th in Serie A with Inter going into this with a 1-point advantage despite having a poor run of form, with Juventus still feeling the sting from the way they crashed out of the Champions League.

Juventus haven’t been beaten in the league since 27th November and have only lost 2 games in all competitions since that date, one of these was against Inter Milan in the Supercoppa. Simone Inzaghi will see the international break as an opportunity to regroup after a poor run of form. Inter Milan have 1 win from their last 7 games in Serie A and with only 9 games left, their title hopes will start to fade if they don’t pick up form quickly.

Allegri faces some issues at left back as Luca Pellegrini serves a one game ban, with Alex Sandro also a doubt to be match fit. The away side arrive in Turin with a fully fit squad following the international break.

Take a look below at my research for each selection along with a Cheat Sheet to help with your bet builders.

The first selection of the bet builder is both teams to score, this looks to be a tight game at the top end of Serie A with only 1 point to separate the sides before kick-off, so I could see this being end to end as only a win for either side will see them keep the pressure on Napoli and Milan at the top.

In terms of head-to-head, both teams have scored in the last 3 meetings between these sides so Derby D’Italia is clearly not a fixture that lacks goals or excitement.

Hakan Calhanoglu to be Shown a Card

For this selection, the focus turns to bookings for this feisty fixture. This fixture doesn’t usually disappoint in this department with at least 4 cards in each of their last 8 meetings, including 7 cards in 3 of the last 5 games.

Calhanoglu is often clumsy with his challenges, pushing over opponents and lunging into tackles when frustrated. With Inter’s poor form of late, Juventus could frustrate them again and it should be another fierce battle as it normally is between these two Italian giants. He averages 1.43 fouls per game and potential opponents could include Arthur, Cuadrado and Euro 2020 standout Locatelli so it will be an interesting matchup in the midfield.

Calhanoglu was booked against Portugal as his nations World Cup dreams were shattered, which seen him pick up his 9th yellow card in all competitions. He was also lucky to escape a booking in his last match in an Inter shirt before the break, committing 3 fouls. If he isn’t careful in this one he could pick up a booking as referee, Massimiliano Irrati, usually isn’t shy with cards with the Italian averaging 5.56 yellows per game.

Prediction: Hakan Calhanoglu to be Shown a Card

The final selection of my bet is Juventus to win or draw, Juventus have really kicked into form recently with 4 wins on the bounce in Serie A and a win here would see them right back in the title race. Juventus have only lost 2 games since November in all competitions so it will be difficult for Inter to get anything from this game, especially at the Allianz Stadium as Juventus are 8 games unbeaten at home in Serie A.

Inter’s last league win away from home came in December against bottom of the league Salernitana and are without a win in their previous 2 with 1-1 draws in these games. Inter have only managed to win 2 from their last 14 games against Juventus so it’s not a favourable fixture for the Nerazzurri, especially in their current poor form.

Aside from their shocking Champions League exit, Juventus have picked up form and impressed in the second half of the season, climbing the table to Champions League spots which looked unlikely at the start of the campaign. Part of this is due to Juventus forwards Vlahovic and Morata being in fine form recently. Vlahovic is the top scorer in Serie A this campaign and has impressed since signing from Fiorentina in January. He has scored 3 goals in his previous 5 league games and his attacking partner Alvaro Morata also has 3 goals from 5. The forward duo will cause Inter some bother here and I wouldn’t be surprised to see either on the scoresheet again.

Back the 8.36/1 Juventus v Inter Milan Bet Builder below ⬇️

Sign up to Paddy Power and get a full refund if your first bet loses. Grab an account through the offer below and place £30 on the 8.36/1 Juventus v Inter Milan Bet Builder. Here are the two possible outcomes:

How to watch Juventus v Inter Milan in the Serie A