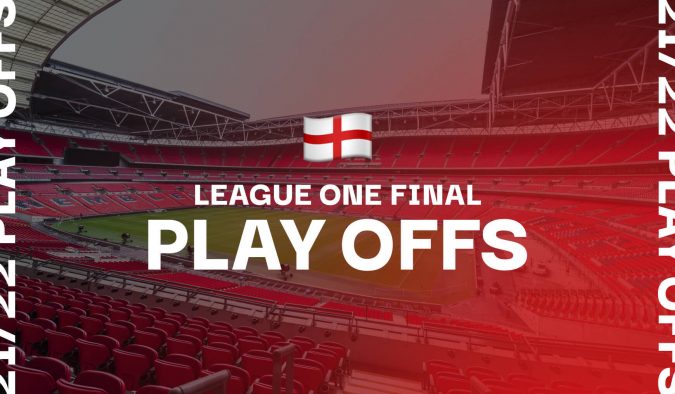 England’s fourth tier comes to a fantastic conclusion this weekend. A season defined by its early runaway leader and its group of 10 teams who found themselves tightly packed into a battle for automatic promotion. A season that saw the most incredible of final days where Bristol Rovers completed the seven-goal margin of victory that they needed to clinch promotion ahead of Northampton Town by the matter of goals for. The two play-off ties have witnessed one team emerge after showcasing their clinical edge, and the other achieve qualification after an eventful game at Vale Park that went all the way.

Both Mansfield Town and Port Vale have very realistic hopes of clinching the final place in next season’s League One line-up. Nigel Clough’s Stags saw off Northampton Town 3-1 on aggregate with a 2-1 home victory and a 1-0 win away at Sixfields that demonstrated their ability to defend superbly both in and around the penalty box. Port Vale succumbed to a 2-1 first leg defeat at Swindon Town, but quickly brought the tie level in the second leg before seeing the game go to a penalty shootout. In what could have been an event all of its own, Darrell Clarke’s side found themselves on the brink of penalty heartbreak before a miraculous turn of events saw them win the shootout 6-5 and advance.

The play-offs have once again shown to be one of football’s greatest inventions, and they’re not fully done yet for 2021-22 either. Here are my top 3 Bet Builder Picks for the EFL League Two Play-Off Final.

Through all the drama and excitement, the EFL play-offs have once again demonstrated how the high stakes can impact the results of matches. Across all six semi-final ties that took place in the Football League, just the one was decided by a margin of more than one goal, Mansfield Town’s 3-1 aggregate victory over Northampton Town. One two occasions, the tie went all the way to penalties, Nottingham Forest against Sheffield United and Port Vale against Swindon Town. Such high stakes and narrow margins can only be expected to be enhanced further during the play-off final, where the thought of leaving the National Stadium empty-handed can terrify the fans that flock in their thousands to come and watch.

With the two teams so evenly matched, it’s highly plausible to suggest that a single goal, either a defensive lapse or a  moment of sublime quality, could be what separates Mansfield Town and Port Vale come the final whistle. One of those sides may well be hopeful that they can replicate the success Sunderland had at Wembley seven days prior, when they benefited from a goal early into the game, held opponents Wycombe at bay throughout the match, and found a clinching second goal towards the end of the game. It certainly feels unlikely that one of Mansfield Town or Port Vale will find themselves being able to blow the other away. Both have demonstrated in just their play-off semi-final ties alone that they have attacking quality combined with defensive solidity. Under 2.5 goals is available for odds of 1.57.

Anticipating a low-scoring affair leaves it also plausible to suggest that one of Mansfield Town or Port Vale will win this play-off final to nil. Both sides recorded 1-0 victories in their second leg games, with Mansfield standing firm to hold back Northampton Town away at Sixfields and Port Vale becoming engrossed in an enthralling contest with Swindon Town throughout both normal time and extra time.

Nigel Clough’s second leg line-up was a masterstroke. With Stephen McLaughlin, Oliver Hawkins, James Perch and Elliot Hewitt forming a solid back four, Clough made the decision to deployed John-Joe O’Toole further forward in midfield. His physicality provided an additional edge to Mansfield’s defensive setup, and was accompanied by the relentless pressing of Stephen Quinn and conservative passing of Kieran Wallace. All three provided physical challenges during the game at Sixfields, to the point some would say deserved harsher punishment than it got, but Clough may well see sense in deploying the same midfield trio again whilst Lucas Akins and Jordan Bowery provide defensive support in their winger roles. Rhys Oates up top is a fantastic outlet and a player very capable of running through a defence on his own. He demonstrated that first-hand with a tenacious counter-attack goal against Port Vale back in March.

In their second leg at Vale Park, Port Vale showed superb defensive coordination to nullify a Swindon Town side who finished the season as League Two’s top scorers. Left-sided centre-back Connor Hall in particular was excellent at keeping key forward Harry McKirdy quiet. Nathan Smith in the centre of Vale’s back three sat tight onto striker Josh Davison and limited his ability to link-up play, whilst right-sided centre-back James Gibbons showcased his natural ability as a full-back by providing dynamic overlaps to wing-back David Worrall, all whilst still contributing greatly during the defensive phase.

Should one of Mansfield Town or Port Vale find the lead late into what is likely to be very close, tense affair, they are more than capable of holding their opponent at bay and potentially clinching a second on the break. Aidan Stone and Nathan Bishop will both be eyeing up Wembley clean sheets. Bot teams to fail to score is priced at 1.8.

Whilst this League Two Play-Off Final is anticipated to be a close affair, it is a game both teams and their fans will be hoping is over sooner rather than late. You are likely to get stern looks and stern words for even suggesting the idea of extra-time or a penalty shootout in a match that carries such high stakes.

I find myself edging towards Mansfield Town emerging victorious within 90 minutes, having been incredibly impressed with their clinical edge and defending in and around the box against Northampton Town. Top scorer Rhys Oates can be a one man attacking force on the break with his dribbling ability. Left-back Stephen McLaughlin has been key to the Stags creative play from both open play and set-pieces. Oliver Hawkins can operate as both a dominant centre-back or target man centre-forward, naturally making him a threat in both boxes from a McLaughlin delivery.

Should Mansfield find an opening goal after capitalising on either a McLaughlin or their quick, incisive passing through midfield to the frontline, the Stags have shown to be capable of holding onto a lead in a high stakes game and even surviving should they find themselves with their backs to the wall. Oliver Hawkins, James Perch and John-Joe O’Toole have the aerial and physical attributes to deal with balls fired into the box, either from crosses or through more direct play. Nathan Bishop in goal has shown to be sharp off his line as well.

Mansfield Town are 2.7 to get the result, though if you find yourself swaying the way of Port Vale, who are the exact same odds, then feel no shame in choosing to back them during your builder. Of all three of the EFL Play-Off Finals, League Two rather fittingly feels the most open and hardest to call. One of those two fine teams has to unfortunately lose at Wembley…

Sign up to Paddy Power and get a full refund if your first bet loses. Grab an account through the offer below and place £30 on the 3/1 Mansfield Town v Port Vale Bet Builder. Here are the two possible outcomes: