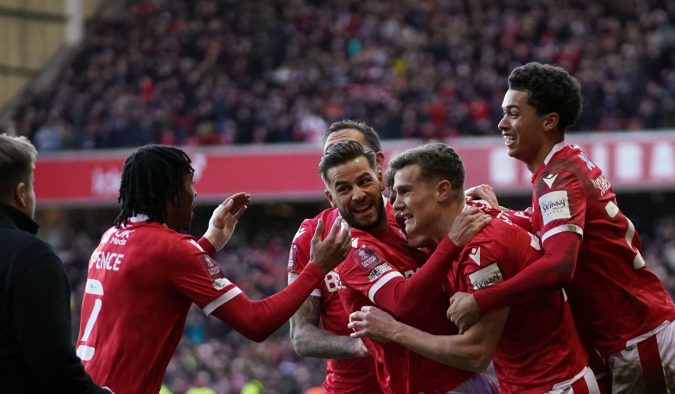 The first game of what will likely be an action-packed Easter Weekend sees Nottingham Forest travel to Kenilworth Road to face fellow promotion hopefuls Luton Town at 12:30 on Good Friday. With this game being such an important fixture in the race for automatic promotion as well as the securing of playoff places, I thought I would have a look through all the recent statistics for both these sides and piece together my top 3 bet builder tips. As another present for you lovely people, I have also put together the usual pre-match cheat sheet as well as predicted lineups for anyone looking to place these and any other bet on this match.

No matter the final league position Forest finds themselves in at the conclusion of matchday 46, the fans will be extremely pleased with the performances of their players and especially the appointment of Steve Cooper. The win in their last fixture against Birmingham brought their winning streak to five successive in the Championship and a result which closed the gap to second-placed Bournemouth to six points. With Huddersfield having played two more games than Forest it would appear Steve Cooper’s side is the only team left that can offer a legitimate challenge to stop Bournemouth from securing the final automatic position and with the forms of the two sides it is not unlikely they will be successful in this endeavour.

However Forest are only four points above seventh, and with trips to Fulham and Bournemouth still to come, a turn in favour for the Trees could see them fall the other way down the table so a win in this match against Luton who sits 5th is absolutely crucial in not only their bid to climb the table but also in avoiding giving a side below them the opportunity to close the gap.

Defeat to Huddersfield on Monday night ended any lingering hope of challenging for second place but with just a 2 point gap to 7th Luton will now need to focus their attention on ensuring they secure a top 6 position. Fortunately for Luton, 3 their remaining 5 fixtures are against sides in the bottom half of the table but with Fulham to play, a win in this fixture would really boost their chances of featuring in the playoffs. Luton will be hopeful they can secure the win as they have picked up thirteen points from a possible 18 at home, but with Forest’s strong form it will be a difficult task to secure the 3 points.

In Forest’s incredibly impressive run that has seen them rise up the Championship table they have won 5 Championship fixtures in a row and are without defeat through 10 fixtures in the competition. In the 7 wins that Steve Cooper’s team has recorded, since their last defeat, Forest has one all of them by 2 or more goals with the scoreline of 2-0 being recorded on 4 separate occasions. If this trend continues through to the Luton game, then the selection of Forest to win with a -1 handicap is definitely in play.

Equally, Luton looked way off the pace against fellow top 6 side Huddersfield midweek despite experiencing a fairly strong patch of form themselves in recent fixtures. The Hatters lost 2-0 in a match where they only recorded 1 shot on target in the 90 minutes and looked second best for the majority of this fixture. If this form carries over to Friday, which is more than likely with just a 3-day break in between the two fixtures and the loss of both starting midfielders through injury With Pelly-Ruddock Mpanzu and Henri Lansbury both sustaining injuries during the defeat.

In their last 3 fixtures against sides in the top 6 Luton have picked up just 1 point, drawing 0-0 with Blackburn in what was a fairly even game. However, this fixture took place during a particularly poor run of form for Blackburn as they lost 4 of their 8 games in this period. The other game was against Sheffield who Luton also lost 2-0 to in what was also an unconvincing performance. Against a team firing on all cylinders like Forest, I expect Luton to lose this fixture by at least 2, the same as they did against both Huddersfield and Sheffield United.

The selection of Nottingham Forest -1 Handicap is priced at 5.0 on Paddy Power. Although Nottingham to win is also well priced at 2.5 and is definitely a strong choice, I struggle to see why the handicap is priced so high with Forest’s recent form suggesting that they are incapable of winning a game by less than a 2-goal margin. If you think Forest is likely to finish this game with all 3 points then the handicap bet is a very well-priced option when choosing your selections.

Brennan Johnson to Score or Assist

In his last 4 fixtures for club and country, Brennan Johnson has been in the form of his life recording 3 goals and 3 assists whilst securing a goal contribution in all 4 matches. Johnson has performed to a high standard not just recently, but across the season as he has been one of the standout players for Steve Cooper’s side and a staple of the squad. Playing all 39 of the team’s Championship matches this campaign and averaging 86 minutes per match.

Johnson is the most productive player in the league for Forest in front of goal and supplying his teammates, with him finding the target 14 times this campaign and recording 8 assists. His 22 goal contributions sit well above his peers as the next highest Lewis Grabban, has 6 less than the Welshman having recorded 16. As a result, it is clear to see that a lot of the attacking play for Forest centres around Johnson with the team having only scored 59 goals in the whole season Johnson contributes to just over a third of them. This statistic is consistent in their recent 5 fixtures as Johnson has 6 goal contributions and Forest have scored 15 goals.

If Forest reaches their average of 3 goals per 90 against Luton, then statistically it is likely that Johnson has contributed to at least one of them. However, even if Forest only finds the net once in this fixture it is still likely Johnson contributed as he has scored or assisted the first goal in Forest’s last 3 fixtures.

Brennan Johnson to Score or Assist is priced at a healthy 2.4 on Paddy Power and if successful it should offer a strong boost to the overall odds of this bet builder.

James Linington has the most yellow cards per game of any ref who has officiated more than 10 Championship games this season. In the 26 games that he has officiated, he has handed out 123 yellow cards at an average of 4.73 per game. As a result, it is more than likely that there will be a number of cards given out to both teams in this fixture, something that is not uncommon in meetings between these two sides as in the reverse fixture 7 yellows were shown including a red card to Jack Colback.

In the last 3 meetings between these two sides, there have been 12 bookings at an average of 4 per game with 2 red cards shown.

At home Luton average the second least cards per game, having received 25 in their 20 games at Kenilworth Road an average of 1.25 per 90. This may cause some concern for this selection, however in 3 of their last 5 matches this selection has been successful. Equally, they face a Forest side whose opposition averages 2.9 cards per game the most in the league by some stretch with Middlesbrough trailing in second at an average of 2.3.

Therefore it is not unlikely that Luton’s average will increase marginally to the required rate against a side whose opposition averages so many cards and with a ref who commonly hands out a high number of cards per game.

Over 1.5 Luton Cards is priced at 1.3 on Paddy Power and with the ability of Forest to draw their opposition into a high number of cards this selection has a high possibility of landing. Especially if you take into account Luton’s season average which sits at a much higher 1.91 yellow cards per game.

Sign up to Paddy Power and get a full refund if your first bet loses. Grab an account through the offer below and place £30 on the 8.76/1 Luton Town v Nottingham Forest Bet Builder. Here are the two possible outcomes: