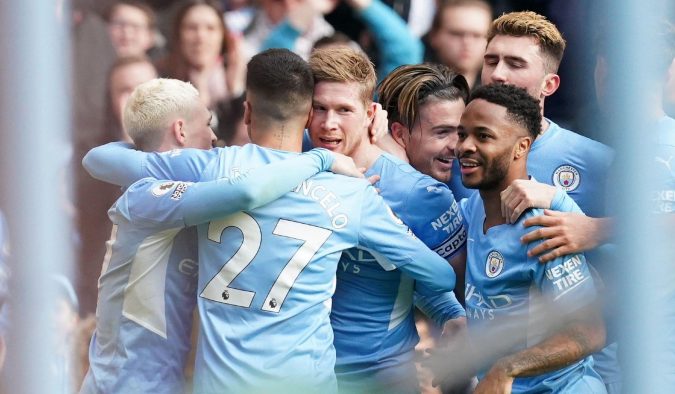 As we see Premier League action resume, Man City take on Brentford at the Etihad Stadium in the first round of fixtures after the winter break. Man City will look to bolster their ever-growing chances to retain the Premier League title, as they aim to increase their nine point lead at the top of the table.

Man City’s previous league fixture resulted in a draw against Southampton, which is very much against their current character, so they will be aiming to get back to winning ways. This was only a blip in form, however, as Man City are unbeaten in their last 13 league games, winning a total of 18 out of the 23 in the league this season. Brentford will have a tough task up against them on Wednesday night, as the Cityzens have won their last six home games. Not only this, but they average an impressive total of 2.55 points per home game, offering Brentford little chance of picking up some points.

Brentford’s recent record doesn’t seem sharp enough to compete with the league leaders. The Bees have lost their last four league games on the trot, which contributes to their 12 losses in 23 league games played this season. Their away record is less than impressive, as they have lost five of the 11 trips that they have made during this campaign.

In the reverse fixture, City won the tie 1-0, however that was in the midst of constant fixtures during the Christmas period. With City now being at home and with a squad of refreshed players, they will be looking to do more damage than last time out. Make sure you look at the Cheat Sheet below and have a read of my bet builder selections for this tie.

Coming up against the Champions of England is never an easy feat, which is why I’m expecting City to make easy work of Brentford and be the only team to score goals in this fixture. Mirroring the result in December, I believe that Brentford will find it tricky to find a way past the robust City defence, and goalscoring chances will be extremely limited. Up the other end of the pitch, I expect City to ooze their class and collect a result which will back up their Champions status. For me, City’s defensive and tactical discipline will be too strong for Brentford to contend with, and this is why I think that City will be the only team to score in the game.

In terms of the numbers behind my thinking, Man City have kept clean sheets in 73% of their home league games this season, which reinforces their quality of keeping their opponents out of any troublesome areas of the pitch. Adding to this, City have won-to-nil in 64% of their home games, which proves that they are no stranger to walking over their opponents with ease. If that doesn’t worry Brentford enough, they will be coming up against the best defensive team in the league, as City have only seen 14 goals fly into their net this season. With City scoring in their last 13 league games, this seems like a trend that is set to continue.

If Brentford don’t feel like they’re in enough trouble, they have failed to score in 36% of their away games this season, showing that they sometimes fail to find the back of the net on the road. They are often on the losing end, as they concede goals in both halves in 45% of their away games. Looking at their general conceding rate on the road, 82% of their away games this season have ended without them having a clean sheet. The Bees have already failed to score against ‘top 6’ teams such as Chelsea, Man City, Liverpool and Tottenham this season, so I don’t see them finding the back of the net on Wednesday night.

Christian Nørgaard to be Booked

As my bet builder choices show that I fully expect Brentford to struggle against City, I’ve done some research and looked at the Cheat Sheet for the game to decide who I think will end up in the referee’s book for Brentford. With The Bees facing the possibility of going behind from an early stage against a ruthless City team and struggling to keep themselves in the game, I expect players’ tempers to flare. The Brentford players may lose their patience and resort to fouling City players to stop them from worsening the score line. My choice for the player to receive a yellow card is Christian Nørgaard.

Collecting 22 appearances in the league this season, Nørgaard is a regular in the Brentford midfield, tasked with keeping order and protecting his defence. Committing 2.45 fouls per game, he is fully aware of his responsibilities to minimise attacking opportunities for his opposition. With the Dane committing a good number of fouls per game, I see this number increasing on Wednesday night, as he will be facing a flurry of fantastic attackers that are regarding as the best in the world. With Jack Grealish drawing 3.26 fouls per game alone, all of the City players on the Cheat Sheet below draw at least 1.1 fouls per game, so Nørgaard and his teammates will have their hands full.

The 27-year-old is fresh from picking up a yellow card in his last league game, which brings his current tally to six bookings this season. With Nørgaard used to seeing yellow, and a herd of ruthless Man City attackers coming his way, a booking seems like a sensible prediction as so many players have to resort to fouling City’s team due to their outstanding talent.

Prediction: Christian Nørgaard to be Booked

Averaging 2.53 shots per game, Sterling averages the most shots on target per game out of all of City’s players with 1.16. Being the player that finds the target the most in a side that is jam-packed with incredible talent, this has persuaded me to choose Sterling to get on the scoresheet. In his 19 appearances this season, the Englishman has collected 7 goals in the league. If you work that out in terms of goals per 90 minutes, however, it shows that Sterling nets 0.51 goals per 90. That’s an impressive record that works out to the 27-year-old scoring in every other game if he plays the whole match.

Sterling manages to score 0.31 goals per shot on target, so as he comes up against a Brentford side in poor form, a possible increase in chances will mean that Sterling will be testing his luck more often than usual. Sterling has an average scoring distance of 14.6 yards, meaning that he finds himself in the right position just inside the box, in order to pounce on chances that City produce. This has been seen to work so well as City usually work the ball to the byline to then bring it back, so with Sterling taking advantage of those chances in great positions convinces me that he will score on Wednesday night.

Back the 11/1 Manchester City v Brentford Bet Builder below ⬇️

Sign up to Paddy Power and get a full refund if your first bet loses. Grab an account through the offer below and place £30 on the 11/1 Manchester City v Brentford Bet Builder. Here are the two possible outcomes:

How to watch Manchester City v Brentford in the Premier League