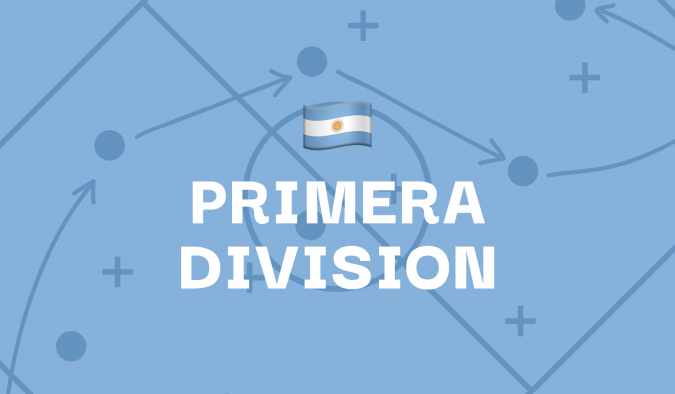 Estudiantes la Plata are top of the group and that is a bit surprising. The surprise doesn’t have to do with their quality, as they are a good footballing side, but because they have played several games with some reserves. Estudiantes are in the Copa Libertadores qualifiers and getting through to the group stage means a large chunk of cash, the reason why it is more important than the local league. The last game of those qualifiers is this Wednesday at home against Everton from Chile, as they are carrying a 1-0 lead from the first leg, they should be fairly comfortable to qualify.

It still looks like Estudiantes won’t take any risk though, because one bad match could be the end of their international quest, so they will again rest several players in this game against Boca Juniors. Against opponents like Arsenal de Sárandi and Vélez Sarsfield that didn’t hurt them too much yet, but Boca are at a different level.

Boca Juniors are off the back of a pretty shocking defeat at home to Huracán. Boca looked lackluster for most of the game and when Huracán scored after 70 minutes, they weren’t capable of turning things around. Dario Benedetto had to miss that game due to injury and the striker, Boca’s top goalscorer with three goals, is again not available for this game. Estudiantes will be without their best striker as well, as 36-year-old Mauro Boselli will be rested for Wednesday. With Estudiantes having the Copa Libertadores in mind, I think Boca are going to take the three points here.

Racing are yet to lose a game this season and against Atlético Tucumán, they are the favourites to take the three points. Chilean international Eugenia Mena was expected to be back for this game, but he had a setback and may have to wait another week. His spot has been in good hands, as new signing Gonzalo Piovi has excelled at left back in Mena’s absence.

Edwin Cardona will have to miss this game. The Colombian number ten pulled a muscle 20 minutes into the game against Talleres and he is not expected to be back this month. Other than Cardona, no changes are expected from the fairly easy victory over Talleres last week. Paraguayan international Matias Rojas is meant to be back, but will start from the bench.

Atlético Tucumán look weak this season. They picked up three points against relegation candidate Patronato, but apart from that it has been dour. Last week against Newell’s Old Boys they were losing two minutes into the game and despite some fierce attacking, they couldn’t get back into the game and ended up losing 4-0. Manager Juan Manuel Azconzábal confirmed that Augusto Lotti, Ramiro Carrera, Marcelo Ortiz and Gaston Gil Romero, all usually regulars in the side, are struggling with injuries and will probably not be fit enough to play this game, giving Racing the edge here.

Defensa y Justicia are one of the most exciting clubs this season. At times, they play fantastic football, but that style has as a consequence that they concede lots of goals as well. In the last three games they conceded seven goals in total, nevertheless, they won all three of those games.

Manager Sebastián Beccacece stands for attacking football and often mentions that he likes his team to go forward. Defensa generally stay true to that style and that brought them to a play-off spot for now. However, it is tight at the top of group A, with the first eight teams all within two points. Bottom of that top eight are Argentinos Juniors, who started the season well, but failed to win the last three games. In the last two games, that both ended in a draw, Argentinos were the better side on both occasions and were unlucky to get a draw and with only two points behind the leaders, that could be crucial in this group.

Where Defensa is mostly all out attack, Argentinos do that a bit more carefully, but at the same time, they aren’t a team that sit back and wait. Their defence is at times a bit leaky  and against Defensa, I think that should be an indication to expect goals in this game.