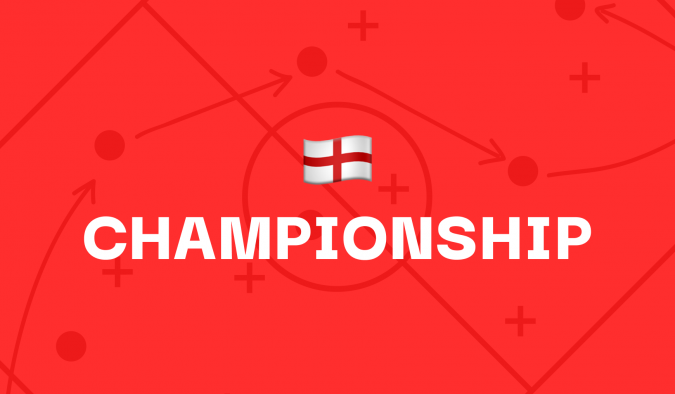 Steve Bruce’s West Bromwich Albion tenure didn’t get off to the greatest start with a defeat to Sheffield United and an undisciplined red card for the captain. However, with this Championship match being played on Monday Bruce and his coaching staff will have a bit more time to work with the players on the training ground in preparation for the challenge of Blackburn Rovers.

Rovers fell to a defeat as well in their midweek clash with Nottm Forest, also suffering a needless red card for their captain, so the similarities here run deep. More concerning for Rovers though is the continuation of their struggles in front of goal. The blank they drew on Wednesday was their fourth in five matches. Whilst there has been some profligacy in front of goal the main reason for this is their inability to create high quality chances. Blackburn’s high scoring matches tend to come when they are able to get ahead in matches early and then use their skill on the counter attack to catch teams out and end up with high quality shots at the end of the breaks. The problem is that they haven’t been getting ahead regularly in recent times.

West Brom will no doubt be drilled defensively in shape for this match. Traditionally this season they have been the side that has conceded the fewest chances in their matches under Valerian Ismael so the capability to keep teams out is within their DNA and often the first thing that a new manager will want to do is shore up the defence.

The expected goals levels in both West Brom and Blackburn matches over the course of the last four games have been below 2xG, 1.85 and 1.96 respectively. With this information added to the context of the game we should be happy to support an under goals bet.

A match between two of the more in-form sides in the Championship here. Cardiff have managed to pull themselves clear of the main scrap for relegation and Coventry have moved back into the fringes of the playoffs.

The positive trends for both clubs are collaborated in the performance data as well. Both are firmly ensconced in the top half of the expected points table, with both teams also performing better than predicted by pre-match odds. Coventry are slightly the better side going forwards in terms of chance creation, albeit they match each other in open play chances. One surprising detail though is that Coventry are averaging over 12 shots per 90 in the opponent’s penalty area compared to Cardiff’s 5.5.

Over the course of the season Cardiff have had a poor home record. They are way above the average number of matches in which they concede goals at home. There has only been one match in which they have managed to keep a clean sheet, Coventry have the tools to exploit that with Victor Gyokeres and Callum O’Hare, plus the likes of Jamie Allen and Jordan Shipley from the bench if required.

One interesting change in Coventry’s tactics last time out was the deployment of new signing Jake Bidwell at left wing back. This meant that Mark Robins was then able to use Ian Maatsen further forward. Maatsen scored from a Gyokeres assist on Saturday and it will be interesting to see how his undoubted technique and pace can add to Coventry’s goal threat.

Coventry aren’t bulletproof themselves though. They have conceded more often than average in their away matches, including each of their last three. Steve Morison’s commitment to front foot, attacking football has taken a while for Cardiff to balance correctly but they are certainly more threatening in open play than they were under Mick McCarthy.

The Lions will certainly be glad to have arrested something of a slide with their home win on Saturday. Their performance data has had them down as one of the poorer sides in the division for quite some time. Interestingly, it has not been their attacking edge that has been poor, Millwall have consistently averaged around 1xG per match all season, which is below average but not awful.

However, they have been conceding chances at a rate nearer 2xG per match. This is definitely not what would usually be expected from a Millwall side in recent years. I would be expecting QPR to be able to score in this match with their forward talent.

The Rs really missed Chris Willock in their performance against Barnsley, it was the first time in twelve months that Rangers failed to score on the road. The fact that Willock’s injury was described as a ‘minor knock’ means that it is possible that the attacking midfielder may well be available for this match. If he is then that does make a big difference to the options going forward.

Regardless, the fact that Millwall have been relatively loose defensively and QPR have good forward options is enough to lead me to believe QPR will score here and that means that I’m happy to recommend QPR on the double chance. One goal could be enough to secure a draw at least in this match.

Sheffield United are becoming a consistent and reliable team. With the talent that they have in the ranks, a Premier League side for the last two seasons, this is a dangerous combination for any opponents.

A quick glance at the home matches table sees The Blades languishing down near the bottom of the table with 20 points. However, upon closer inspection this is only because they have played only 12 home matches so far this season. Their home form is actually quite outstanding of late. Three consecutive 2-0 victories means that there have been no goals conceded in four.

The bare results are matched by their performance data as well. The Blades sit 2nd in the expected points table over the most recent four matches and no team has overperformed their pre-match odds by as much as Sheffield United over that time. They also sit 2nd on xG per 90 and top of the league, by a distance, on xG against over that time. In other words, performances and results are excellent at the moment for Sheffield United.

Conversely, Hull City are having a sticky spell. The initial tidal wave of good feeling that engulfed the Humberside club upon their takeover has subsided into mild panic. No win in three, but more concerningly than that, their performance data stretching back over the last eight games has The Tigers third from bottom on expected points.

It hasn’t been ideal at both ends of the pitch for Hull. Creating only 0.66xG of chances per 90 in open play and conceding 1.12xG per 90 in open play means that you’re always going to struggle to win matches. They did put up a better, more hearty, display against Fulham, keeping the league leaders out until the second half and only losing 1-0 but this match will be just as tough a task.

It is difficult to see Hull scoring in this match. If the Tigers are kept down to 0 or 1 goal then Sheffield United will simply need to repeat their attacking performances that they have been producing of late to win the match. Backing a Blades success here is the correct play.

Sign up to Betfair and get a full refund if your first bet loses. Grab an account through the offer below and place £20 on the 6/1 Championship Best Bets Accumulator. Here are the two possible outcomes: