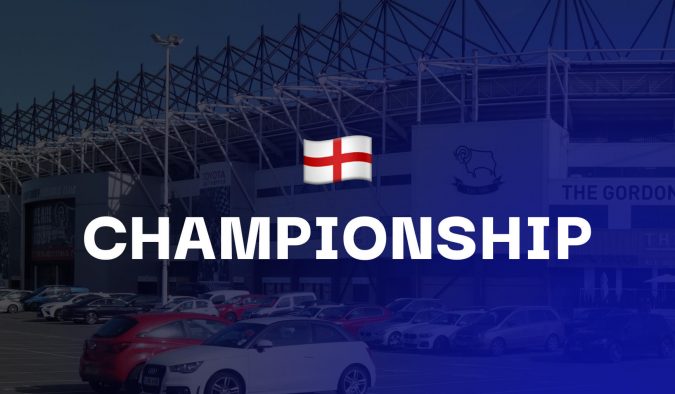 Two of the doomed Championship clubs come face to face in a match that both would have circled as a huge game. The pressure will be off slightly due to the circumstances, although both are mathematically not down, the writing is certainly on the wall.

As a result there may well be a bit more freedom to the play in the match. Peterborough showed against Blackburn on Good Friday that they have more of an edge to their play in the opposition’s box with a couple of well worked goals. With Sammie Szmodics being allowed more freedom to express himself in behind a fitter looking Jonson Clarke-Harris there are multiple weapons for Grant McCann to deploy for a goal. Add to this the impact that can be made from the bench by the likes of Jack Marriott, who got the winner on Friday, and Posh can be relied upon to go for goals from the start to the very end of the match. Indeed, they have scored late in each of their last three matches.

Barnsley also came through their own barren spell in front of goal mid-season to become a more capable attacking outfit. The signings of Dominguos Quina and, especially, Amine Bassi, have been the key contributors to the change. It has taken a while for Poya Asbaghi to transition the style of play and the personnel to the way he would like, but the chances are that he will have more of a blank slate in the summer. For this match though their 2.67xG per 90 in their matches suggests that there have been chances for both sides recently.

Posh’s matches see even more chances than that, averaging just over 3xG per 90 over the last 8 matches. Both teams have been too loose defensively across the season, hence their positions but there’s enough to like about both attacks at the moment to get some juice out of an even money quote for over 2.5 goals.

Another good Blackpool performance went unrewarded on Friday. They improved into the game in the second half but were unable to hold out due to a last minute winner from West Brom. That will have stung Neil Critchley and there may well be a reaction now that they are back home after some tough away fixtures.

Birmingham, meanwhile, suffered a total collapse against Coventry. This increased the pressure and the vitriol towards Lee Bowyer, the staff and the players from the St. Andrews faithful. With this one being away from home it may not affect them as much but the facts are that without points penalties to Reading and Derby, Blues would be in the relegation zone on their results.

Blackpool have proven themselves over the season to be a better team than Birmingham. Not only that but they are in better form in terms of performance data. Where West Brom’s attackers, especially Andy Carroll, did get some change out of Blackpool’s sturdy rearguard, Birmingham’s usual strikeforce of Lyle Taylor and Scott Hogan are likely to find supply lines cut off and space at a premium. It will be interesting to note if Lee Bowyer saw the success of Carroll on Friday and would be tempted to bring in Troy Deeney or Lukas Jutkiewicz from the start to test out if that is a weakness for Blackpool.

The only concern with backing Blackpool at the moment is the lack of goals that they are scoring. However, they haven’t played at home for a while and their home goalscoring record is much better than away from home. Also, the Tangerines have won 13 out of 21 xG battles at home and Birmingham would rank in the bottom half of the league so there is confidence there that they would at least have the better of the chances.

The QPR players are certainly giving the impression that they want to play and fight for their manager. Mark Warburton’s position may be in some jeopardy following the alarming drop off in results in 2022, but against Huddersfield they looked very bright and were probably unlucky to only come away with a draw.

Most importantly they looked more fluid going forwards with Lyndon Dykes being able to win his share of battles at the top of the pitch and allowing space for Ilias Chair to work. The big difference on Friday, and it appears likely to be retained for Monday, is the role of Luke Amos attacking the box from a deeper position. Having the extra target meant that delivery from wide had more threat and meaning to it. Derby could be exposed by that movement and quality.

Derby, of course, are a side that has been playing for their manager from the very start of the season. The turnaround that they managed to perform on the league’s best side in Fulham on Friday will give them every confidence that they can at least end the season on a high.

Despite looking short of goalscoring options throughout the season Derby have often managed a way to get their goals, be that through individual quality or set pieces. However, there were some excellent team goals on Friday which demonstrated cohesion between the young front players so with nothing left to lose we may well see Derby come out flying and attack QPR.

With the way both teams are playing, less reliant on their defences than they have been, it is a matchup that feels ripe for both teams to score. Given the historical nature of the teams the line is a bit generous here and there is a possibly to take advantage with this selection.

There’s no doubt that Forest will feel hard done by after Good Friday’s defeat to fellow playoff contender Luton Town. A debatable penalty and a misinterpretation of the offside rule seemed to conspire against them and having felt the effects of that defeat, Steve Cooper’s men will know that they can ill afford another one of those.

This will provide motivation, if any extra were needed, heading into this Monday match with West Brom. There were few signs of massive improvement in the style and effectiveness of West Brom’s play against Blackpool, but they did do enough to get the victory.

There is nothing for Forest to fear from West Brom though. Andy Carroll is definitely the key threat at the moment for West Brom but the defence of Joe Worrall, Tobias Figueredo, and Scott McKenna have been immense recently so it’ll be a tough battle for both sides. Where Forest do have the advantage is the variety in their front four.

That attacking prowess currently gives Forest a position of third most chances created in the league, with West Brom sitting very much in midtable for that metric.Again, we would certainly be rather backing the team that is forecasted to have the higher xG number before the match and just hoping that the chances play out in the result.

Sign up to Betfair and get a full refund if your first bet loses. Grab an account through the offer below and place £20 on the 14/1 Championship Best Bets Accumulator. Here are the two possible outcomes: