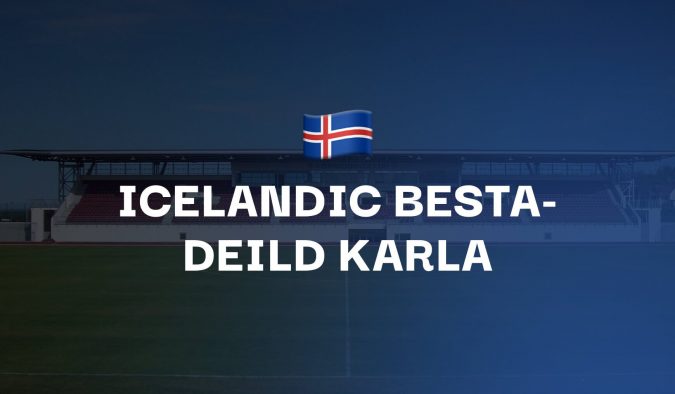 Valur are heading north and will come up against KA in a Monday night game. After a good start to the season, KA are now without a league win since May 15th. Three losses and one draw. However, KA knocked Fram out of the Cup last Sunday, a big confidence booster coming into this one.

Football can change quickly. Valur manager Heimir Guðjónsson was in a very hot seat a few weeks back, however after two good wins against top teams Breiðablik and Leiknir, the media and people around Valur are confident Heimir is turning things around.

Former USA international and Valur big star Aron Jóhansson went out injured in the last game against Leiknir, but Heimir Guðjónsson has a big squad of good players and Patrick Pederson should come into the starting eleven (3 goals in 5 starts). Goalkeeper Guy Smith has been playing with injury and Valur new signing Fredrik Schram will probably make his debut. Schram signed from Danish club Lyngby and has 5 caps for Iceland.

KA are always difficult to beat at home. In 2021 KA won 7 out of 11 home games in the league, with this season’s home record: 3W – 1D – 1L. Nökkvi Þórisson is full of confidence after a great start to the season in terms of goalscoring. Last season Nökkvi scored only three goals in 20 games, this season he already netted 8 goals in 11 games. KA are known for good defending; in recent games they have been pretty solid in front of goal. We could see manager Arnar Grétarsson change goalkeepers. Bosnian born Kristijan Jajalo could step in for Steinþór Auðunsson.

Valur are favorites for this game. Expectations before the season and in fact every season is that Valur should win the title. Valur have the most expensive squad of players. Comparing player to player, Valur are much better than KA, and despite KA being quite strong at home the away side should come away with at least a point.

We have a neighboring derby here in Hafnarfjörður. The seasons have been different for these two teams. FH’s expectation was to fight for the title, natural demand for a club who has won the league 8 times since 2004. The start of the season for FH has been terrible and manager Ólafur Jóhannesson was fired after only winning 2 games in the first 9 rounds. Former Chelsea and Barcelona player Eiður Guðjohnsen is now in control and with him in charge people expect a quick turnaround.

The FH squad is one of the oldest in the league, however Stjarnan has one of the youngest squads. Gunnar Nielson FH’s goalkeeper and Faroe Island international has been struggling with injury and is doubtful for Monday’s game. FH reserve keeper is not the same standard so playing without Nielson is a big blow for FH.

FH will feel the pressure to win this game to avoid relegation. FH did however beat League 2 club ÍR 6-1 in the cup last weekend, which should give Guðjohnsen’s men a little bit of confidence before the Stjarnan derby. Despite FH’s bad league position I give them a good chance of getting something from this game.

Stjarnan have a crop of young players with a lot of pace and willingness to attack. Only two top teams Breiðablik and Víkingur have scored more goals than Stjarnan. The last league game Stjarnan were lucky to get a draw against KR. KR created a bunch of scoring chances and should have won the game with the space left by the Stjarnan defence when attacking. A worrying sign for Stjarnan is how easy it is for opponents to create scoring opportunities, goalkeeper Haraldur Björnsson has been the busiest keeper in the league. You could say Stjarnan have been over performing since the start of the season in terms of points gained and performance on the field. Four draws in 10 games for Stjarnan. I would not be surprised to see this game end in a high scoring draw.

Back the Four and Five Star Selections as a Double Betfair ⬇️

Sign up to Betfair and get a full refund if your first bet loses. Grab an account through the offer below and place £20 on the Evens Icelandic Beista-deild karla Best Bets Double. Here are the two possible outcomes: