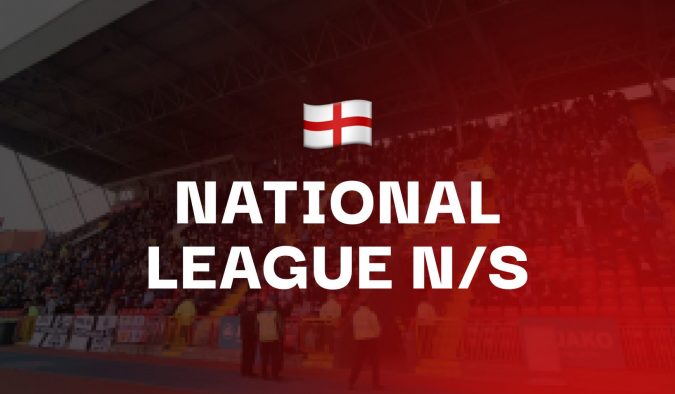 Boston United come into their final home match of the league season knowing that victory could officially secure their place in the top seven while defeat could see up to two clubs leapfrog them.

Like most clubs battling for a play-off spot, their form has been indifferent of late, winning three in a row before succumbing to AFC Fylde and drawing with relegation-threatened AFC Telford United. The one consistency about Paul Cox’s reign so far is that Boston United always score – they have found the net in all 20 of his league matches in charge. They have only kept six clean sheets in that time and just four in their last 17. Both teams have scored in their last seven home matches, of which they have won just two.

Gloucester City have nothing riding on this fixture and their form has typically fluctuated since survival has all but been secured, winning three, drawing three and losing two of their eight. Goals have again been a theme in recent times, Gloucester scoring in ten of their last 11 matches and conceding in nine of them, meaning both teams have scored in eight. They have scored in four of their last five away matches and conceded in all five.

AFC Telford United have a lot riding on this game and it wouldn’t be a surprise to see them take a point back from out-of-form Southport.

Paul Carden, who is from Merseyside and briefly managed Southport, has done an excellent job since taking over at Telford, overseeing a run of 23 matches in which they have lost eight. Only one of those defeats has come against a side not in the top half of the table at the point of playing against them. They come into this game having lost just two of their last nine, both away at top half sides with top seven ambitions. Despite not winning away from home this season, they have drawn seven of 12 since Carden took the reins as manager. They also have decent depth and can freshen up the side – captain Jordan Piggott, Mace Goodridge and Byron Moore were amongst the substitutes on Saturday.

For Southport, the second half of this season has been dismal. They come into this game winless in 12 and having won just two of their last 19 matches. They are also winless at home in eight, scoring in just four of those games. They have recently lost games against Blyth Spartans and Farsley Celtic home and away, respectively. Their chances of making the play-offs have all but gone – they are six points, five goals and five teams worse off than seventh place.

It’s that time of year when some sides need victories more than others. It’s the case here.

Coming into Monday, Dartford sit one point ahead of Ebbsfleet United in that all-important race for third place and a guaranteed play-off semi-final at home, rather than enduring a play-off eliminator beforehand. It’s clearly something they are playing for, given they are third in the form table and have won three of their last four matches, scoring two, three and six goals in those victories and only coming unstuck against newly crowned National League South Champions Maidstone United. Steve King’s side have won eight of 11 matches against the bottom six, scoring in ten and winning four from five at home.

Braintree Town have nothing to play for other than pride. They have secured their safety, currently sitting nine points above bottom-placed Billericay Town with two games to go. Their survival was largely secured thanks to a run of 15 matches in which they lost three and won seven. However, they come into this game having lost four of their last seven and three of their last four away matches against top half sides. They have lost four of six away matches against sides in the top seven, failing to score in four and conceding two or more goals in four.

Congratulations to Maidstone United, who were crowned National League South Champions on Saturday following their 3-1 home win against Chelmsford City. It’s been an extraordinary second half of the season for the Stones who have won 21 of their last 25 matches, including each of their last eight. The Stones are the best side in the division.

It’s unknown quite what the celebrations will have been like for a full-time club heading into a game two days later. However, it would be understandable if the intensity wasn’t quite so high and that’s what I’m banking on here. Their defensive record hasn’t exactly been stellar, conceding in four of their last seven league matches and 11 of their last 16. They haven’t conceded in their last two away matches but did so in the previous six and they have conceded in four of six matches against sides in the bottom seven.

Welling United still have a lot to play for. They are currently second bottom in the league table, two points clear of Billericay Town and knowing that victory on Monday could officially secure their survival. The other reason they could do with a victory is because their goal difference is worse than Billericay’s by 14 goals – if the two clubs end up level on points, they will go down. The Wings have scored in four of their last five league matches, scoring two or more in each of those games, and that includes matches against top seven opposition in Ebbsfleet United, Havant and Waterlooville and Eastbourne Borough. They have scored in all but four home matches this season and seven of their last eight.

Sign up to Betfair and get a full refund if your first bet loses. Grab an account through the offer below and place £20 on the 5/1 National League North & South Best Bets Accumulator. Here are the two possible outcomes: