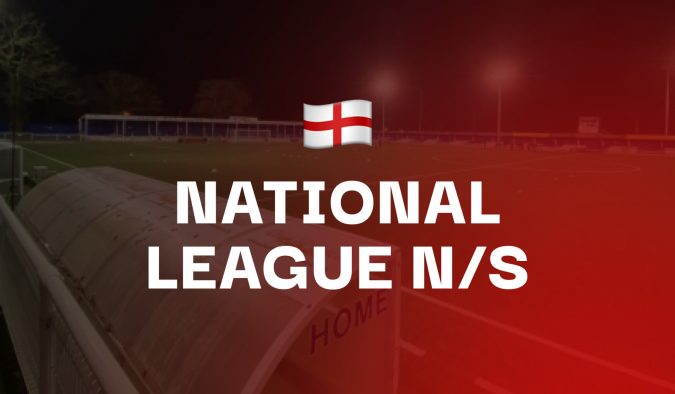 Betting on AFC Fylde to win or avoid defeat is becoming a regular feature of the National League betting predictions and I’m backing them once again on Monday.

Since James Rowe’s arrival at AFC Fylde, the Coasters have won four of their five home matches, only coming unstuck against an AFC Telford United side scrapping for their lives. Most notably, they have improved defensively, conceding just four goals in eight matches since Rowe’s arrival, never conceding more than one goal in a match. They have scored two or more in each of their four victories at home.

Chester have hit a real hot streak away from home, overperforming their chance creation numbers to score 17 goals in six matches, including 11 goals in their last four away matches. That includes three goals scored against Gateshead and two against Kidderminster Harriers. It’s debatable as to whether that run is going to continue when they take on Fylde on Monday, who are proving much stronger defensively. They have also conceded nine goals in their last four matches and have kept just two clean sheets away from home all season. Also, they have picked up one point from 13 away matches against sides above them in the league table.

It’s been a bit of a frustrating period for Brackley Town who have lost top spot almost as quickly as they regained it after three draws in a row away from home.

What Brackley Town are getting right is winning at home. They have played 18 games at St.James’ Park this season, winning 15, drawing two and losing one. That sole defeat came in mid-September and they have conceded just three goals in their last 14 at home, winning 12. During that run, they have not conceded a single league goal against a side higher than 20th in the league table. They have won six of their seven matches against sides in the top nine, winning all six 1-0. They have won each of their last eight home matches.

With the above in mind, it was tempting to suggest under 2.5 goals here. However, if anyone is going to ruin that perfect defensive record, it’s Boston United. Boston have scored in all but four matches this season, each of those being away from home but only one coming against a side in the top half of the league table.

Therefore, I’m backing Brackley Town to win because of Boston United’s record away from home under Paul Cox – three wins, two draws and four losses with all four losses coming in five matches played against top half sides – and their record against sides in the top five – one point from eight matches, including no point away from home.

Easter Monday sees a cracker in Kent as third place Dartford host league leaders Maidstone United. I’m backing the visitors to come away with at least a point.

The hosts, Dartford, are unbeaten at home this season. However, they have won nine and drawn eight. Four of those nine victories have come against the bottom four, meaning Dartford’s record against sides 16th or higher currently reads five wins and eight draws. They also come into this game having won just four of their last nine matches and have dropped points in their last two at home, against play-off chasing Havant and Waterlooville and Hemel Hempstead.

The visitors have won 18 and lost just two of their last 23 league matches, winning each of their last five and scoring at least two goals in each of those matches. They have also lost just three of their 17 away matches this season, proving they know how to grind out results on the road. That includes winning four of their last six away from home, only slipping up against Slough Town and title challengers Dorking Wanderers. Maidstone recently beat Ebbsfleet United and Eastbourne Borough away from home and haven’t lost the xG battle in any of their last eight on the road.

Dartford are unbeaten at home but aren’t currently performing like a side ready to win promotion. Maidstone United are.

It says plenty about the National League South that Hemel Hempstead and Slough Town come into their fixture on Easter Monday knowing they could still finish in the top seven.

Starting with the visitors, Hemel Hempstead have won back-to-back football matches once all season, a two-game run back in November, and have a goal difference of –14 but could move into the final play-off spot with victory, providing other results go their way. Slough Town, meanwhile, have won just four of their last 17 league matches and have similarly not won more than two league matches in a row this season. They are currently five points and seven places behind Havant and Waterlooville.

After a minor blip, Dorking Wanderers are playing like Dorking Wanderers again. Marc White’s side briefly fell short of their usual standards, winning one of five matches, including defeats away at Dartford and Eastbourne Borough. However, they were unfortunate not to beat Hampton and Richmond Borough, a game in which they had ten men and saw their top scorer go in goal, and Ebbsfleet United, a 1-1 draw in which they were comfortably the better side. They responded in positive fashion, beating Slough Town and Chippenham Town 5-0 and 3-0, respectively.

Welling United are struggling to get results under Warren Feeney, the playing squad overhaul (eight signings and five departures within a week of his arrival) not wielding immediate results. However, they have gone toe-to-toe with two of the best sides in the division in recent weeks, losing 4-2 against Ebbsfleet United and coming from 3-0 down to draw with Eastbourne Borough away from home.

It’s these recent results and performances that make me believe we are going to see goals again on Monday. Welling United are fighting for their lives, desperate to pull clear of Billericay Town now they have dragged themselves off the foot of the table. There have been over 2.5 goals in 53% of their home matches this season, including nine of their 12 matches against sides 15th or higher.

Dorking Wanderers are doing all they can to chase down Maidstone United, who currently sit four points above them in the league table. There have been over 2.5 goals in six of Dorking’s last seven matches and 76% of their away matches this season. They have scored at least two goals in every match played against sides in the bottom five.

Sign up to Betfair and get a full refund if your first bet loses. Grab an account through the offer below and place £20 on the 7/1 National League North & South Best Bets Accumulator. Here are the two possible outcomes: