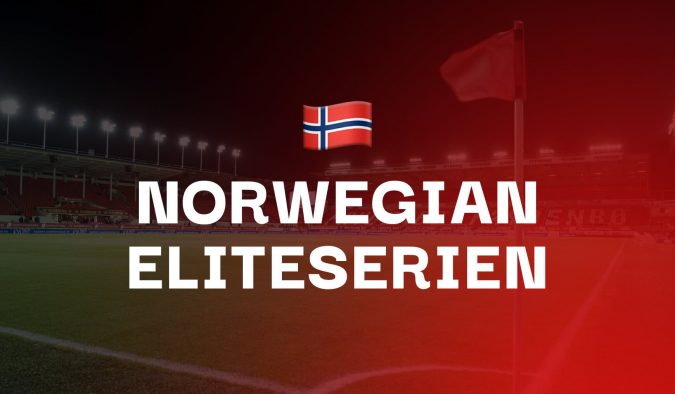 The only promoted side yet to win a game this season in the Eliteserien is Ham Kam. They probably feel they should have a victory considering that they blew a 2-0 lead vs Lillestrøm in the first round, eventually having to settle for a 2-2 draw. Last week they travelled up north to Tromsø and suffered a 1-2 reverse. They were deservedly beaten but it was a reasonably close match. Tromsø outgunned them 1.43 to 0.42 on xG, however the winning goal was a shocking goalkeeping howler from Nicholas Hagen. The Guatemalan international let a long range shot slip through his fingers which was very costly. Ham Kam have at least proved competitive in their first two games and losing at a tough place like Tromsø isn’t anything to be ashamed about.

Sandefjord should also have no shame about losing last week 1-2 at home to Bodø/Glimt. They once again pushed the defending champions of Norway quite close, although conceding over 2.0 xGA in both of their games so far is a slight worry. The Sandefjord defence does look a bit shaky right now and won’t be helped by the bad injury sustained to centre back Sander Foss. The Sandefjord captain is ruled out for the rest of the season with an ACL injury and that is a significant blow. Hat-trick hero from the opening day win at Haugesund Alexander Ruud Tveter missed the Glimt game due to personal reasons and is a doubt for this fixture as well.

I think Ham Kam will win this match. There is a real buzz around this club following their promotion and in the first match a complete sell-out crowd watched them draw 2-2 vs Lillestrøm. Maybe not such a big attendance will be in force for this game, but they will be well supported, and home advantage could be big for Ham Kam this year. Key players such as Kristian Eriksen and Jonas Enkerud have looked comfortable at Eliteserien level and Ham Kam offers a decent offensive punch. The safest option is to take them on a DNB handicap, and I think they can take advantage of some of Sandefjord’s problems, especially with the news that their captain is ruled out for the whole season.

Both sides have lost their opening two games so will be desperate to get some points. Haugesund have been a complete and utter mess in each of their fixtures, with the defence especially an abomination. Their overall 4.51 xGA is really poor and to be quite honest those numbers look fairly generous, it feels like Haugesund could have conceded far more than five goals. The main problem is clearly losing big man at the back Benjamin Hansen who transferred to Molde this winter. Haugesund conceded two headed goals last week and look so vulnerable in the air without Hansen. The overall squad is also quite thin, so they lack options. At least they have shown some signs of scoring goals but even in the final third of the field poor finishing and decision making has cost them.

Strømsgodset also have no points yet this season, but they do not seem in such poor form. They somehow lost against Jerv 0-1 in the opening match despite dominating the entire fixture. Their xG for that game was 2.18 vs 0.58, yet they somehow ended up on the losing side. Godset lost to Molde 1-3 last week, but they can’t be judged too harshly when facing one of the best teams in the league. Even in that game they had a competitive 1.14 vG with Fred Friday hitting the back of the net. One massive concern for Strømsgodset is their horrible away record which was the worst in the entire Eliteserien last season. With already one away defeat in the bag this year, it is clear this side doesn’t travel well.

Neither team has a particularly good defence and I think we will see two desperate sides trying to outscore each other in this fixture. Both teams will most likely score but a slightly better price is over 2.5 goals and that is my preferred bet. There is a chance someone could win this match 3-0 so I think it is the better overall selection. Something like a 2-1 or 3-1 for either side, or even a high scoring draw is quite likely. Haugesund appear to be defensive shambles, but I expect them to cause some problems to a leaky Godset defence. Over 2.5 goals for this match looks like one of the best selections of the entire round in the Eliteserien.

Only two teams have a 100% record after the first two Eliteserien rounds, and Molde are one of those sides. They beat Vålerenga 1-0 and then Strømsgodset 3-1 last week. The 2019 champions have switched to a 3-4-3 formation this season, but it hasn’t affected their offensive output. They should have scored more goals in week one but now seem to have found their form in the final third. They also beat Godset 3-0 in the Norwegian Cup semi-final 10 days ago and under the management of Erling Moe have always carried a strong offensive threat. Molde’s xG so far this season is 4.51 and they’ve actually slightly underachieved that mark only scoring four times. There could be even more in their armoury when everything really clicks.

Lillestrøm travel here with four points on the board and can be satisfied with their start. It must be noted that they have only faced two newly promoted sides though in Ham Kam and Jerv. They even got lucky in round one, falling 0-2 behind vs Ham Kam before managing to rescue a 2-2 draw in the second half. Lillestrom only had an xGA of 0.6 vs Jerv last week, but it was noticeable that their opponents did manage to get into some decent positions at times. The LSK defence does not look as strong as they would like and there are some mistakes creeping in which will definitely cost them vs a better side such as Molde. Centre back duo Tom Pettersson and Igoh Ogbu are both doubtful with injury.

I would expect Molde to be too strong for Lillestrøm here, but a better bet is probably taking a straight over 2.5 goals. It is worth noting that this fixture ended a 3-3 draw last season and the away side do carry a decent offensive threat. New striker Akor Adams has scored in both fixtures so far and looks like an excellent addition. Gjermund Åsen and Pål André Helland look in excellent creative form and I can certainly see Lillestrøm scoring in this game. Over 2.5 is my preferred pick though because it would cover a big Molde win to nil and if they play to their best then 3-0 or 4-0 certainly can’t be ruled out.

The only other team who have a 100% after two games are Viking. They have beaten both Sarpsborg and Aalesund 1-0 and been very patient in each game so far. Viking have been known for being a high scoring swashbuckling side in recent seasons, but something appears different about them this year. They have yet to concede a goal, which is an obvious positive but the thing that has impressed me most has been their overall control of matches. Viking have an xGA of just 1.39 after 2 games which is a very impressive statistic. They have yet to face one of the really big teams, but it is not like they have been playing any poor sides either.

Odd have been living up to their name after being involved in two very strange games so far this season. There was no doubt they had some fortune in the opening round by beating Tromsø 2-0 but then were very unlucky to lose 0-1 at Rosenborg last week. There is a lot more optimism surrounding the club this season with new manager Paco Johansen taking over in charge. I think they can have a strong overall campaign, but their form so far is very mixed. They outgunned Rosenborg 1.37 to 0.71 last week but couldn’t score a goal. There have been some exciting performances from new left wing back Josef Baccay and also veteran fullback Espen Ruud.

If Odd play like they did in their previous home game, then I think Viking will be too strong for them here. The visitors do possess the better quality players and appear to have the ability to dictate proceedings and control matches this season. The spine of their team is very strong, whilst the likes of Veton Berisha and Zlatko Tripic always offer an offensive threat. I am expecting an away win, but the safest play is to take Viking on a draw no bet handicap, still at a decent enough price.

Sign up to Betfair and get a full refund if your first bet loses. Grab an account through the offer below and place £20 on the 6/1 Norwegian Eliteserien Best Bets Accumulator. Here are the two possible outcomes: