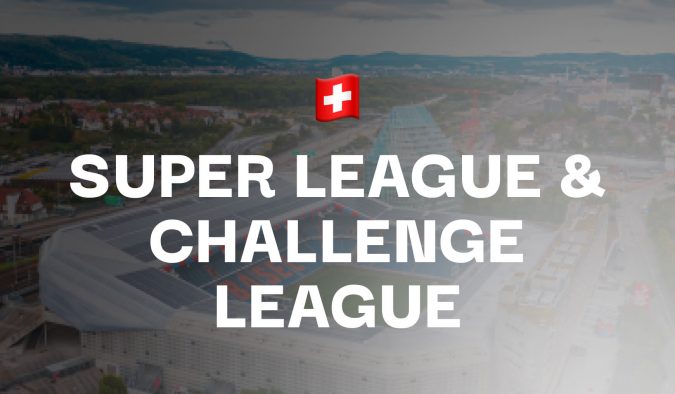 Aarau are still in the thick of promotion contention and remain in the promotion play-off spot. With just two points separating themselves and Winterthur in the automatic promotion spot, it is an ideal position to be in, however, one win and four defeats from their last five is the sort of form that will ensure they don’t remain in that scenario for very long. Schaffhausen and Vaduz are breathing down their necks and even their opponents on Monday, FC Thun, can pull into view with victory.

With four wins and one defeat from their last five, Thun are the polar opposite of their visitors ahead of this clash, but the 4-1 defeat suffered away at Neuchatel Xamax was a bruising encounter for Carlos Bernegger’s side and one they will hope to put behind them quickly after putting together their best winning streak in the Challenge League since January 2021.

FC Luzern need to start winning more games if they want to haul back the five-point lead of Grasshoppers above them and secure automatic safety in the table. Their resolve can’t be questioned, they earned a point with a late equaliser for the second consecutive week on Sunday, but while they have lost only two of their last nine games, they’ve also only won three of those matches.

St. Gallen are the high-flying visitors to the swissporarena on Easter Monday as they look to maintain their unbeaten streak which now stretches to eleven games. They are the only side in Switzerland’s top two leagues that has yet to lose since football resumed in the country after the winter break on January 30th. FCSG would’ve been frustrated though after throwing away the lead twice in their 2-2 draw with Basel, a result that prevented them from closing the gap further on YB and Lugano in the final European spots.

These two played out a thrilling contest in FCSG’s 3-2 win at kybunpark in mid-March and I think it’ll be another exciting encounter this time around. Luzern’s last five games have had eighteen goals while St. Gallen have scored fifteen goals in their last five away matches. All signs point towards another high-scoring affair here.

FC Sion brought an end to a three-match losing streak with their impressive 3-1 victory away to Lugano last weekend. It marked their first win in four matches and only their second win in their previous ten. With their nine-point lead over ninth place, Sion have little to worry about in terms of relegation, but they will have been pleased to end this miserable run in such emphatic fashion given their subpar performances of late.

FCB make another away trip with a feeling of deja vu and will once again feel disappointed to only come away with a 2-2 draw for the second weekend in a row. Their match at St. Gallen was a tight affair but there is a feeling that if they were more clinical at the top end of the pitch, they could not only have all but sealed second place, but also put renewed pressure on a Zurich side that they’ve let off the hook in recent weeks.

There have been thirteen goals in the last two matches between Sion and Basel at St. Jakob-Park this season. The other match, the only one at the Tourbillon so far  in this campaign, was a much tighter affair settled only by a last-minute wonder strike by FCB’s Edon Zhegrova. Sion have made life difficult for FCB in the Valais over the last three years and earned a 3-3 draw in Basel in early February. I expect another tight contest with both teams finding a goal each.

Football can change very quickly indeed. Just two weeks ago, Lausanne hadn’t won in thirteen matches and were nine points from safety in the automatic relegation spot. Since then, they’ve thumped rivals Servette by four goals to one at the Tulliere and stunned the reigning champions Young Boys with a late equaliser to draw 2-2 in Bern. The gap between themselves and Luzern is down to seven points and while that isn’t a huge swing, there is growing optimism in the Lausanne camp that they may not be down and out just yet.

Lugano are the visitors to Switzerland’s newest stadium and they will still be smarting after a surprise 3-1 home loss to Sion last time out. The Ticino club will be hugely frustrated at having failed to capitalise on a YB slip-up for a second consecutive weekend as they look to pull away in the final European spot.

There can be no denying that there is a degree of fighting spirit back in an LS team that looked utterly devoid of anything of the sort just a few weeks ago. That being said, Lugano should bounce back from their disappointment, and they will be confident given an away record since September where they have only dropped points to sides in the top three and in-form St. Gallen.

LS can make this tricky, but they’ve still only won one of their last fifteen, and also been beaten soundly three times by Lugano this season. I expect the visiting side to avoid defeat at the Tulliere.

Sign up to Betfair and get a full refund if your first bet loses. Grab an account through the offer below and place £20 on the 7/2 Swiss Football Best Bets Accumulator. Here are the two possible outcomes: