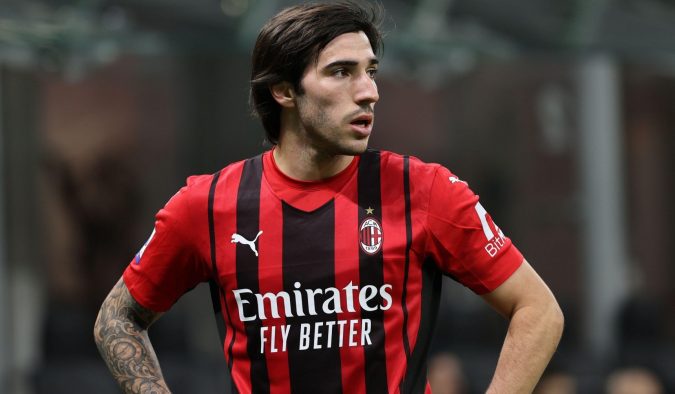 It’s heating up at the top of the Serie A with Napoli hosting title rivals AC Milan at the Diego Armando Maradona Stadium on Sunday night. Both sides sit 1 point behind Inter after their Friday night hammering over Salernitana, but a win for either side here would see them end the weekend at the top of Serie A with 11 games to play.

Both of these sides sit comfortably above Juventus in 4th place and Champions League football looks pretty much guaranteed for these sides, but it’s one of the best chances to win the Serie A in recent years and it looks to be a great battle for the title.

Napoli come into this on the back of a dramatic late finish against Lazio, Spanish midfielder Fabian stepped up to the plate for his side and tucked home a winner 4 minutes into stoppage time in what was a great game in Rome, meaning Napoli ended the weekend top of the table.

It’s been a bit of dip in form for the away side having drawn their last 3 in all competitions and Stefano Pioli will hope to bounce back here against Napoli in what would be a huge boost to their title efforts.

I have put together 4 selections for this game along with a pre match cheat sheet, Daniele Orsato will be officiating this one and with his card stats in Serie A, the odds for cards are pretty short but take a read of my research below to see if you fancy backing this bet builder coming in at around 6.65.

My first selection for this bet builder is Napoli or Draw, Napoli picked up their form again at the weekend and looked decent last time out. There have been 3 draws in each of these sides last 5 games in all competitions and with the importance of this one I think it could be a nervy game with neither team wanting to drop points which could prove significant in the run in, a draw here would take them both level with Inter.

Napoli have beaten AC Milan 1-0 in their last 2 meetings and with the best defensive record in the league they will be a tough team to break down again on Sunday,

A big factor here is the referee in charge of this game, Daniele Orsato. I’m sure most of you have heard this name having officiated in many Champions League games including PSG v Real Madrid a few weeks ago. When it was announced that he would be in charge of this game Milan fans took to social media to show their anger as there is a bit of history when it comes to him refereeing in Milan’s fixtures. From 32 games there has been 14 draws and 8 loses for Milan under Orsato so double chance for Napoli looks very favourable.

For my next selection, Daniele Orsato comes into play again due to his crazy card stats in Serie A this season,  averaging 6.44 yellow cards per game in the Italian topflight!

As I mentioned, Orsato and Milan have a bit of history and this applies to cards too, in those 32 games he has dished out 86 yellows and 3 reds to the ‘Rossoneri’. In these games the away side has seen 78 yellows and 2 reds, so I expect a few cards here.

Orsato took charge of PSG v Real Madrid a few weeks back and showed 8 cards! It could be a similar story in this one with lots at stake for both sides. With the additional pressure of the this being a pivotal game in the title race I think there could be a few players that lose the head as Napoli did when Lazio scored late on last weekend with 2 players being shown yellow late on.

Sandro Tonali to be Shown a Card

Following on from the total cards, this selection focuses on one of the players I think will be in Orsato’s book on Sunday. That player is AC Milan’s defensive midfielder, Sandro Tonali. The Italian midfielder has been a mainstay for Milan this season, making 26 appearances in Milan’s 27 games in Serie A. He has fairly improved his game this season and looks sure to be a future captain for Milan.

As you can see from my cheat sheet below, Tonali averages 1.84 fouls per game and has seen yellow 5 times already. Tonali will be faced with the task of keeping Napoli’s Victor Osimhen quiet, who averages 2.14 fouls drawn per game. Attacking on Tonali’s right will likely be tricky winger, Lorezno Insigne who registered a goal and assist at the weekend as the MLS bound Italian looks to leave Napoli with a bang, It could be quiet the battle in midfield on Sunday night as both sides will be desperate for a result.

Prediction: Sandro Tonali to be Shown a Card

The final selection of my bet builder is under 2.5 goals. As I have said, neither team will want to lose this and could result in this being a cagey affair. Last time out, 1 goal was the difference and it could be much of the same here.

With Napoli having the best defensive record in the league I think they will be a hard nut to crack, but Milan won’t be easy to score past either. Napoli have only conceded 19 goals this season and it took a sweet strike from range by Pedro to beat them last weekend. Centre back Koulibaly is one of the best defenders in the world and nothing goes past him easily.

Milan’s last 2 have ended up in a draw with under 2.5 goals and with Ibrahimovic out they do lack that final product up front despite having the likes of Leao and Giroud in attack.

I do think this will be quite a low scoring game so I have backed under 2.5 to round off this bet builder.

Sign up to Paddy Power and get a full refund if your first bet loses. Grab an account through the offer below and place £30 on the 5.65/1 Napoli v AC Milan Bet Builder. Here are the two possible outcomes:

How to watch Napoli v AC Milan in the Serie A