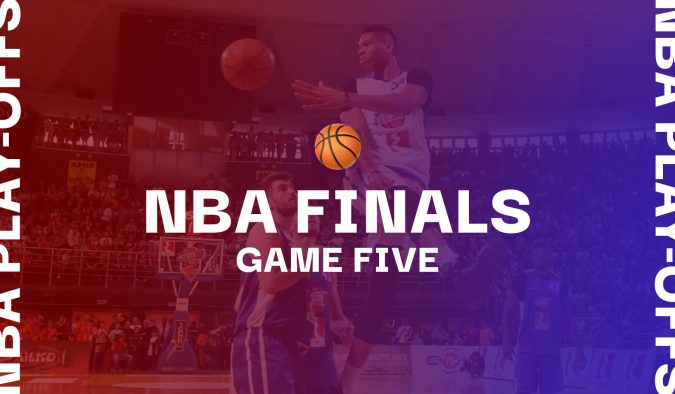 With this yo-yo NBA Finals series all tied up at two games apiece, it is a best-of-three series now to decide the NBA champion. Neither team has lost back-to-back games in this series or in the entire playoffs thus far. It would be shocking if this series doesn’t go seven games at this point. The home-team Warriors are 3.5-point favorites as they try to take a 3-2 series lead.

The Warriors seem to be fully relying on massive performances from Stephen Curry to reach the winner’s circle. More on Curry later as we look at one of his player props for this evening. The Celtics on the other hand have used their depth and overall team talent to capture the two wins they have had in this series. Jayson Tatum and Jaylen Brown are a dynamic duo that have proved they can play together and dominate, but the Celtics role players have also stepped up.

In this article we have had back-to-back hits in two of our three props. We have yet to hit that elusive three player prop parlay, but we are close! Game 5 is a great time to hit that. Third time’s the charm, right? The worst part is we have hit these four props before the third quarter has even ended. Our losses have been under props, so taking that into consideration tonight.

As I mentioned earlier, Curry highlights one of the best props on the board. We’ll be pairing him with teammate Andrew Wiggins and Celtics guard Marcus Smart. As long as this Game 5 stays competitive, we’re in a great spot to hit this parlay. The over/under for each game total has been very steady around 214 points. Through four games thus far, the over and under has been hit twice even though the margin of victory has been 14.3 points per game. Time to find a winner!

Stephen Curry is playing on another level right now. He has been the best player in the NBA Finals by far. He is averaging 34.3 points per game while shooting 49.8% from the field and 49.1% from behind the arc. Curry has made at least five 3-pointers in each game of this series, so I’ve got to go with an over prop. Picking which one was difficult, but I love this points prop.

Picking a scoring prop was the most inviting and even though I contemplated his over 5.5 3-pointers at extreme value, I’ll go with his over on points. That is a ton of points to cover, but Curry seems dialed in and is playing so well lately. My main concern in Game 4 was his ankle injury that he suffered in Game 3. He put those concerns to rest as he poured in 43 points last game, which was the second-most he has scored in an NBA Finals game in his amazing career.

The only game in which Curry missed this prop was Game 2, when he finished with 29 points and the Warriors blew out the Celtics by 19. Curry only played 32 minutes in that game and shot 42.9% from the field, which was his worst shooting night of this series so far. For the Warriors to win, Curry needs another huge performance. He will be aggressive early and often in Game 5.

For the NBA Finals, Curry is averaging a 34.7% usage rate and 37 minutes per game. That is obviously including that average (by Curry standards) Game 2 that he had. A little over half (54.3%) of Curry’s attempts this series have come from behind the arc, which can add up his points in a hurry. He also leads all players with 50 first quarter points. Curry is shooting 23.5 field goal attempts per game, which is way more than he shot in either of the first three series.

This Andrew Wiggins prop has jumped a full rebound on us from when we hit it in Game 4. Not only did Curry have an incredible last game, but so did Wiggins. He finished with a career-high 16 rebounds as he had well over his 5.5 rebound prop. Even though the line jumped, this prop still seems attainable with how aggressive Wiggins has been crashing the class in this series.

Starting Otto Porter over Kevon Looney in Game 4 threw a little curveball at us, but it actually benefited Wiggins. Draymond Green getting benched for playing so poorly helped as well. Outside of Curry and maybe Klay Thompson, Wiggins is one of the best players on the floor for the Warriors right now. He got a lot of flack for being an All-Star Starter this season, but he is definitely earning his stripes during this playoff run, especially his performances in this series.

This is a good rebounding matchup for Wiggins as the Celtics have allowed the sixth-most rebounds per game to opponents during the playoffs. During this series Wiggins not only leads the Warriors, but he also leads every other player in rebound chances with 13.3 per game. The line increased, but there is still value. Expect Wiggins to continue crashing the glass tonight.

In playoff games where he plays 35 or more minutes, Wiggins is averaging 8.6 rebounds per game. Being the primary defender on Celtics star Jayson Tatum has solidified his playing time in the NBA Finals as he is averaging 37.3 minutes per game. Wiggins has averaged over this prop line in every playoff series and he has reached seven or more rebounds in 10 of his past 20 games. If Porter starts for Looney again in Game 5, I love this rebound prop that much more.

This last prop doesn’t have a lot of value, but the hit rate has been incredible. Marcus Smart has absolutely crushed this prop recently. He has recorded four or more rebounds in 11 of his last 12 games. The one game he missed; Smart had two rebounds in 25 minutes of action in Game 2 when the Celtics were blown out. He has played 39 and 40 minutes in back-to-back games.

In that 12-game stretch, Smart is averaging 9.5 rebound chances and 5.4 rebounds per game. Both rank fifth among the Celtics starters, but this is still an easy prop line for Smart to hit. The Celtics have the best defensive rating in the playoffs, which has made the Warriors shoot 44.3% from the field in this series. Smart will have plenty of chances to get over this line. He is a crucial part of the Celtics success in this matchup as he won Defensive Player of the Year this season.

To be honest this line may move, but I would still be comfortable taking this over if it got up to 4.5 rebounds. For reference to that total, Smart has had five or more rebounds in seven of his last 11 games. In competitive games, he will play 40 minutes as he tries his best to defend Curry. They need Smart on the offensive side of the ball, but he can also help crash the glass.

If taking an under prop, look at Robert Williams under 7.5 points. He re-injured his knee in Game 4, but is “optimistic” he will be able to play in Game 5. Williams played 31 minutes in Game 4, which is the most he has played in any game since the middle of March. If for some reason Williams has to miss this game, Smart’s rebound value increases significantly. This prop truly feels like a layup. The value isn’t great, but Smart should easily get over this rebound prop.

Sign up to Betfair and get a full refund if your first bet loses. Grab an account through the offer below and place £20 on the 4/1 Golden State Warriors v Boston Celtics Bet Builder. Here are the two possible outcomes: