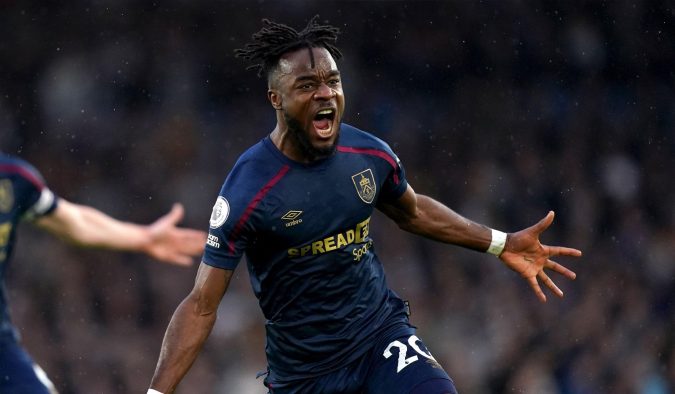 Norwich host Burnley on Sunday in what could be a very important game in the relegation battle. With this game being of vital importance and in my opinion as a neutral the most interesting match being played at 2 pm on Sunday I thought I would have a delve into the statistics of these two sides and come up with my top 3 Bet Builder tips for this fixture along with a pre-match Cheat Sheet and predicted line-ups for anyone looking to have a bet on this game.

Burnley, secured a vital victory late on against Everton midweek their chances of survival have been given a massive boost as not only were they able to stop a 4 game losing streak but also strike a vital blow to their closest rivals in the relegation scrap. Everton is set to play Manchester United at home in the early kick-off on Saturday and depending on that result this game could either offer Burnley the opportunity to capitalise and leapfrog the Merseyside team or need a victory to stay in the hunt and avoid extending the gap.

Sean Dyche’s men will be quietly confident in their chances of staying up as their side has a large amount of experience in and around the relegation zone through previous campaigns. Especially when compared to the Everton squad whose team against Burnley’s average age was just 24.7 and has an inexperienced manager at the helm. Equally, where Burnley were able to turn around their recent form with their previous result, the loss for Everton was their 7th in 8 Premier League games and the prospect of relegation is looming over Frank Lampard’s side.

Mathematically there is still a chance of survival for Norwich, but with just 18 points from their 30 league games, they sit seven points behind 17th-placed Everton and quite frankly it will take a miracle for the side to avoid spending another season in the Championship next year. With just 8 games remaining and both Everton and Burnley having a game in hand Norwich would have to win at least 3 of their remaining fixtures, a difficult task considering they have only won 4 all season and 5 of those fixtures are against sides in the top half of the table.

As a result, a win in this game keeps the hopes of survival for Dean Smith’s side alive but a loss effectively sinks the Canaries. The scene is set for one of the few fixtures remaining between two sides in the relegation zone with both desperately needing all 3 points.

Since January, Norwich have not won in the league, picking up just two points from their last eight matches. One of those coming courtesy of Brighton & Hove Albion who failed to secure the 3 points despite taking an incredible 31 shots in the game. Norwich may have grabbed a point away in the reverse fixture earlier this season, but they have not beaten the Clarets in the league since the sides met in the Championship back in April 2008 and I don’t expect their fortunes to change in this fixture.

Sean Dyche’s side will fancy their chances of escaping the relegation zone as a result of their experience towards the bottom of the table in recent years and this game is the first logical step towards survival with a win against the worst side in the division. Frank Lampard and his young squad have little experience fighting relegation and with them set to play Manchester United today the chances of them playing their first season outside the topflight in 68 years are becoming increasingly more likely. but they have only won once on their travels in the Premier League this season.

Burnley to win this fixture is priced at a surprisingly high 2.5 on Paddy Power and with the experiences of many of the players and manager combined with the quality for some of the new additions, such as the impressive Maxwel Cornet, who a later selection will focus on, I expect them to secure 3 points at Carrow Road. Equally, the standard of their opposition cannot go unnoticed as the home side have picked up just nine points from the 15 games played in Norwich this campaign, which is the second-worst record in the division behind Watford.

Maxwel Corner to have 1+ Shots on Target

Cornet has been one of Burnley’s standout players this season since joining in August for £15 million from Lyon. He currently sits as the Claret’s top goal scorer by some distance as his 7 goals in the campaign see him sit on 4 more goals than the next best Ben Mee on 3. Not only that but Cornet’s goals have proved to be decisive on more than one occasion, scoring both goals in Burnley’s 2-2 draw with Southampton in October, netting the 3rd in the 3-3 draw with Palace and finally assisting the first and scoring the late winner in what could prove to be a decisive victory over relegation rivals Everton in their last fixture.

With the team totalling so few points in the season as it is these differentials could prove decisive and in a game of such high importance, I expect Cornet not only to start but to perform well potentially scoring but at least getting 1 or more shots on target.

Finally, it is worth noting the high number of shots per game Norwich allow. At an average of 5.87, Dean Smith’s men allow their opposition the second-most shots on target per game in the entire league, with only Leeds allowing more. Therefore, it makes logical sense to suggest that Burnley are likely to record several shots on target in this fixture with Cornet hopefully recording one in the process.

Maxwel Cornet to record 1 or more shots on target in this fixture is priced at 1.4 on Paddy Power and if successful the selection will offer a small but not insignificant boost to the overall odds of this bet.

Prediction: Maxwel Cornet to have 1+ Shots on Target

Burnley to Receive the Most Cards

The last time Burnley’s opposition received more cards than them was in February when Jordan Henderson’s foul in the 27th minute was the only bookable offensive in the fixture. In the 8 matches since then, Burnley have recorded more bookings than their opposition in 5 matches and by 2 or more cards in 3 of those. As a result, it may come as some surprise that Burnley only averages 1.87 cards per game enough to place them 8th in the table when compared to the rest of the sides in the division.

With the side picking up a fairly average number of cards per game it could be described as a mystery as to why they so frequently pick up more bookings than their opposition, but when assessing the number of cards their opposition picks up per game then trend becomes clear. In their 29 games, this season Burnley’s opposition has received just 32 cards at an average of 1.1 per game. This is by far the least in the league, with the next lowest side Man United at 39. Incredibly this average falls below 1 in their 14 games played away from home this term, as the home side in these fixtures has received just 13 cards.

Burnley to Receive the Most Cards is priced at 1.91 on Paddy Power and if the recent trends continue this selection should land without much difficulty.

Prediction: Burnley to Receive the Most Cards

Back the 5.62/1 Norwich v Burnley Bet Builder below ⬇️

Sign up to Paddy Power and get a full refund if your first bet loses. Grab an account through the offer below and place £30 on the 5.62/1 Norwich v Burnley Bet Builder. Here are the two possible outcomes:

How to watch Norwich v Burnley in the Premier League