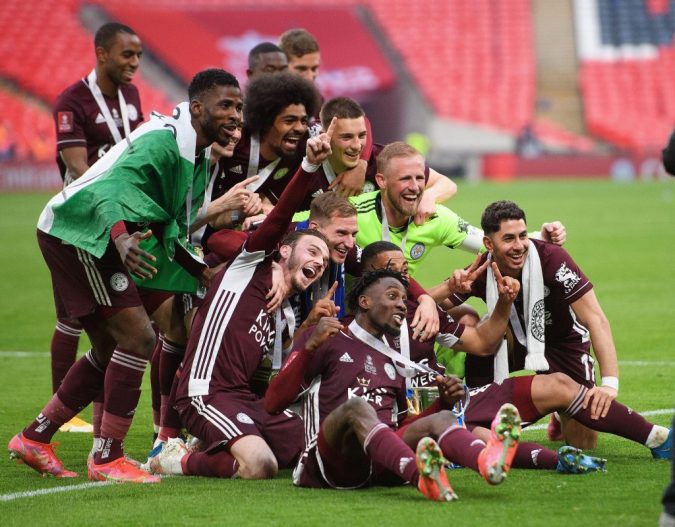 The next round of FA cup fixtures are upon us and for the first time since 2014 Forest will host the holders Leicester City in an East Midlands derby.

For the second round in a row, The City Ground welcomes a premier league side with the hosts looking to knock out another big scalp. Since their 1-0 victory over Arsenal in the third round, Forest were in fine form with 3 wins from 3 until they were outplayed by Cardiff in a shock result last week. The result at Cardiff was over shadowed by injury to Lewis Grabban which will rule their top scorer out for significant time.

Leicester made lightwork of a poor Watford side in the third round as they put 4 past their visitors. The holders of the competition should travel to Nottingham fresh off a 2 week break since their draw with Brighton and now boosted by the returns of internationals from AFCON. Last season’s cup run featured key wins against United and Chelsea and I wouldn’t bet against them to string another magical cup run again this season.

I’ve come up with 4 selections for a bet builder using my cheat sheet to entice you to watch this derby after your Sunday Roast.

It’s often a card heavy game when Nottingham Forest play with 129 yellows in 28 games, an average of over 4 and a half. Ryan Yates and Jack Colback are just two out of five players that have 5 or more yellow cards this season. Interestingly all 3 starting midfielders lead the card rankings, and in a game where they will face quality such as Tielemans and Maddison, expect plenty of fouls in a difficult battle in this area.

Per 90 minutes, Leicester are fouled over 10 times per game, enough to rank them in the top 6 in the Premier league for this stat. Against a side in a lower division, they should frustrate Forest with their possession and quality on the day. Maddison, Choudhury and Lookman should all start as the 3 most fouled players on the cheat sheet.

Referee Paul Tierney averages 3.88 yellow cards per game as shown on my cheat sheet below, giving out more yellow cards than any other premier league ref this season. He will know what’s at stake today and will look to stamp his authority on a cup tie that should be eventful.

All numbers aside, this match is a derby of some sort and the Forest fans should be right behind their side, looking for passion from their side. Forest will look to leave their mark on a Leicester side, winning the physical battle where Leicester might be technically better. I am expecting forest to have 2 cards or more in this tie.

Ryan Yates to be booked

Ryan Yates was excellent in the last round as he set up Lewis Grabban with a superbly weighted assist for the winning goal in the tie. Operating in the both midfield and the back line, Yates has been locked into the starting XI for Forest this season.

Lining up in midfield for the last round and ever since then, Yates has played on the right side of a double pivot. This should match him up against Leicester starman James Maddison who draws the most fouls per game from either side with 2.95 according to my cheat sheet. Yates has given away 6 yellow cards this season too, the second most for Forest players only trailing midfield partner Jack Colback.

I expect Philip Zinckernagel to start in the number 10 position, who is a brilliant technical player but not there for much defensive support in the midfield 3. Leicester’s fitter midfield 3 could overrun Yates and Colback with a numerical advantage. Leicester’s play style is also fast-paced on the counter attack so if Yates is caught out of position expect Leicester to try and capitalise forcing Yates to “take yellow”.

With all the numbers leaning toward a Yates yellow and the expected flow of traffic towards Forest’s goals, it was surprising for me to see a Ryan Yates yellow card at odds of 4.33 for this bet builder. By far, the longest leg of this bet it really bumps the odds up and is very likely to land, particularly when Yates often plays the full game.

Prediction: Ryan Yates to be booked

The recruitment of Leicester City is virtually unmatched as almost every signing appears to be a success. Winning the FA Cup last season cemented their place as one of the biggest sides in the country as they beat Chelsea through a Youri Tielemans screamer.

Leicester currently sit 10th in the premier league with a game in hand, arguably underperforming where they were expected to finish. The quality in their squad going forward has been dragged down by a leaky defence which has conceded 37 goals in just 20 league games this season.

Leicester should benefit significantly from the injury to Forest top scorer Lewis Grabban, which should ease some pressure on the Leicester backline. Forest would have hoped to rely on Grabban’s quality to line up alongside Zinckernagel, Davis and Brennan Johnson but could instead hand a debut to new singing Sam Surridge.

Despite defensive woes this season, Leicester’s forwards have compensated with electric form across all competitions. I don’t expect that to change today in this game, and Leicester to qualify at odds of 1.5 seems too good odds to pass up on.

James Maddison to have 1+ Shot on Target

James Maddison is unstoppable right now, with 13 goals contributions in his last 12 games across all competitions, including 16 shots on target across that period. Maddison’s form saw him net in the last round against Watford with a delicate finish over Daniel Bachmann.

I watched Forest play at Cardiff last week and although it was an uncharacteristic performance they were slow and sat off Cardiff allowing their players plenty of space. Maddison thrives on the ball, always looking to turn on it and play forward. If Forest struggle to match the intensity that Leicester play at, Maddison will be essential to the visitors in this game.

For our bet builder, I’m taking Maddison to have 1+ shots on target at odds of 1.25. Maddison loves a shot on target and my cheat sheet shows he averages 1.34 shots on target per game. If the game flows how I expect, Maddison should see plenty of the ball and when Forest sit off and he is allowed space. Joe Ralls played in a similar role last week for Cardiff against Forest, arguably slightly deeper than Maddison though. In that game, Ralls had 2 shots, clearly afforded plenty of space and therefore I Expect a player with Maddison’s quality to hit the target at least once.

Prediction: James Maddison to have 1+ Shot on Target

Sign up to Paddy Power and get a full refund if your first bet loses. Grab an account through the offer below and place £30 on my 8/1 Nottingham Forest v Leicester City Bet Builder. Here are the two possible outcomes: