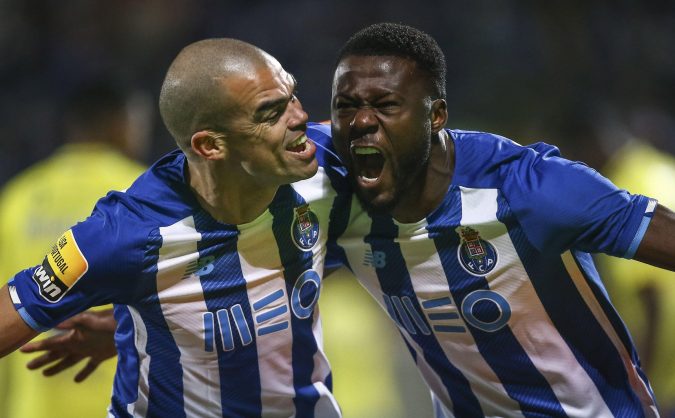 With an incredibly exciting match in the Portuguese Primeira division, as league leaders Porto face second-place Sporting being shown live on BT Sport, I’ve had a dig through the stats to create my Top 4 Bet Builder tips and a complementary Cheat Sheet to get you prepared for the game.

Porto can virtually confirm their 30th domestic title by beating last year’s winners and their closest rivals Sporting Lisbon on Friday under the lights at the Estadio do Dragao. Sergio Conceicao’s men are the only remaining unbeaten side in the league having won 19 and drawn 2 of their 21 league fixtures this season making them by far the most consistent and highest performing team in the league having now won 11 games on the trot, scoring 29 goals and keeping five clean sheets since December’s 3-1 defeat to Atletico Madrid in the Champions League. Very good value for their 6 point lead at the top of the table.

Sporting nearly made history last season with an ‘Invincible’ campaign, losing only once in the penultimate game of the season to Benfica. Porto will now hope to go one better and a win against second in the league is a strong foot forward in the direction of an unbeaten season.

With Porto only dropping 4 points all season and already with a strong 6 point lead going into this game, it is vital that Sporting return from Porto with all 3 points if they want any chance to retain their crown. Despite Sporting winning all but one of their last seven games across all competitions, lifting the Taca da Liga in the process, they have been poor in the league losing 2 of their last 5 league fixtures and falling away from title contention.

This game presents Lisbon with a strong chance to not only turn around their league form but also nock their closest rivals down a peg by ruining the chance of an unbeaten season and shortening the gap between the two sides.

Porto continued their charge to grab the title back from current champions Sporting Lisbon and pick up their 30th league title last Sunday when they won comfortably 2-0 over Arouca in a game which followed the trend of the Dragon’s season, scoring multiple goals and being relatively untested at the back. Porto’s defensive record has been quite exceptional this season keeping 8 clean sheets and conceding 14 goals all campaign second only to their opposition on Friday Sporting. Equally, Porto have only conceded 2 goals in a league game once this season in their 21 matches scoring at least in 18 of those matches.

Sporting despite having the best defensive record in the league, conceding only 13 all season, they have been poor by their own standards in recent games as they have suffered 8 goals in their last 6 games including allowing 10th place Santa Clara to find the net 3 times.

Porto have also won their last 16 home games in the league, including all 10 games in 2021-22 so far scoring 27 times and conceding only 6 in those fixtures.

Despite the notable departures of players like Jesus Corona to Sevilla and Luis Diaz to Liverpool, I expect Porto to win against Lisbon and stretch their lead at the top of the table to 9 points. Despite being the odds on favourite for Match Odds on Paddy Power the Porto win is well priced at 2.0 and if the selection is successful it will offer a strong odds boost to the overall bet builder.

Away team over 2.5 cards

Equally sporting average 3.3 yellow cards a game away from home having collected 33 from their 10 away fixtures. A trend that if continued in this game the selection of over 2.5 cards will be successful. Historically games between these two sides have had a high number of cards with one fixture in the cup last season finishing with 8 yellows being brandished by the referee and another in the league having 9. This coupled with the referee’s averages, shown in the cheat sheet, suggests the away team (Sporting) receives over 2.5 cards in this game has a strong possibility of hitting and is priced at 1.25 on Paddy Power.

Prediction: Away team over 2.5 cards

João Palhinha to be shown a card

As previously mentioned in the last selection I think that there is a strong possibility that this game will involve a high number of cards, especially to the Sporting team and when assessing the Sporting team on the pre-match cheat sheet a few players stand out as possible recipients. Ugarte looks like a strong option averaging 2.98 fouls per game and receiving 3 cards however, having played only 12 games this season and starting just 4 Ugarte averages only 35 minutes per game and is, for this reason, I will be investigating other avenues for this selection.

Unlike Ugarte Palhinha has been a key member of Sporting’s lineup in a high number of games this season, playing 18 of their 21 matches and starting 17. Palhinha not only stats the majority of the games he plays but is on the pitch for a sustained period of time in all of them, averaging 79 minutes per game. With Paulinha averaging a high number of fouls per game at 2.29 having received 4 cards already this season and likely being given significantly more game time than some of the players above him on the cheat sheet, Palhina seems like the best candidate on the Sporting side to receive a card priced at 2.0 on Paddy Power.

Prediction: João Palhinha to be shown a card

Away team over 2.5 corners

The last selection in this bet builder relates to corners. Away from home Sporting average 5.7 corners per game taking 4 in their last 2 away matches in the league. Equally, Sporting have taken at least 3 corners in all of their last 13 games including against strong opposition in the likes of Ajax and Benfica. Despite this game looking likely to be low scoring with both teams fielding very strong defensive units, it is likely that the game will be end to end with both teams picking up several corners.

Porto and Sporting are among the lowest teams in the league for conceding corners. However, both still average over 2.5 at 3.43 and 2.86 respectively and with the level of quality in the Portuguese league varying significantly from team to team, there is a strong possibility that against a side as effective as Sporting, Porto’s will concede a number of corners equalling their average if not surpassing it. If this is the case, then the selection would land adding a small but not insignificant odds boost to the bet builder at 1.2 on Paddy Power.

Prediction: Away team over 2.5 corners

Sign up to Paddy Power and get a full refund if your first bet loses. Grab an account through the offer below and place £30 on the 5.27/1 Porto vs Sporting Bet Builder. Here are the two possible outcomes:

How to watch Porto v Sporting in the Primeira Liga