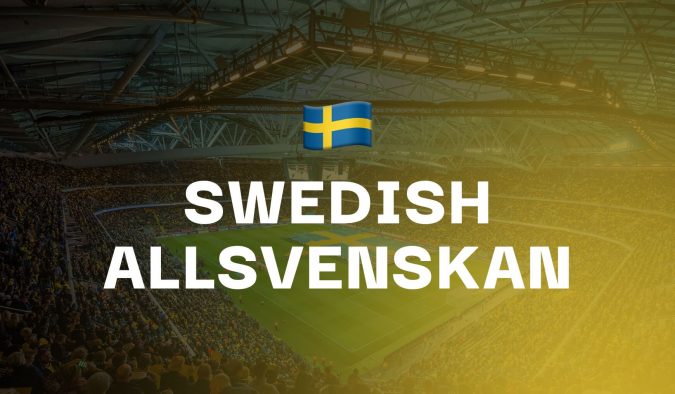 The Gamla Ullevi in Gothenburg is the location for this Gameweek ten Allsvenskan fixture between the side in 11th and the team in 14th.

IFK Gothenburg lost 3-1 at Elfsborg last time out a disappointing result that continued their poor form that has seen them go six without a victory losing four of these.  It means they slid down to 11th after a promising start that saw win their opening three.  At home, IFK have had a mixed time of things with one victory, two draws and a defeat.

GIF Sundsvall will be looking to build on their 2-0 defeat of Mjallby that put to an end a four-game losing streak.  It has been a tough start for the visitors who sit in 14th spot with just six points from their opening nine.  On the road, GIF have played four and lost each of these.

The recommendation here is to take both teams to score which is available at 9/10 with Betfair Sportsbook.  The head-to-head record supports this bet having happened in three of their last four meetings including each of their last three at this venue.

All four fixtures played in the league at this ground this season have seen both teams find the back of the net.  Both teams to net has also occurred in three of the four away matches for GIF Sundsvall.

No side in the division has conceded more goals than the visiting side who have shipped a league high 22.  Gothenburg meanwhile have the sixth worst home defensive record in Allsvenskan.

Attacking confidence will be high for Sundsvall having netted two against Mjallby last week, a side who had only conceded six goals in the campaign prior to that.  The hosts will also score having done so in every one of their home games since November 2021.

The Stora Vallen in Degefors is the venue for this Sunday afternoon clash between the side in second bottom and the team in sixth.

Malmo were in action as recently as Thursday afternoon as they faced Hammarby in the Swedish Cup Final .  It was a game they won on penalties after a goalless draw.  In the league, the Skane outfit have lost their last three and won just one of six a remarkably poor run from the defending champions.  On the road, it is back-to-back defeats in the league and no victory in four.

The odds suggest Malmo should win this win easily and in a normal week that would be fair enough but they can be opposed here.  Malmo just played 120 minutes as recently as Thursday afternoon.  Legs and minds will be tired here against a side who have rested all week.

The home team are available alongside the draw in the double chance market at 2.5 with Betfair Sportsbook.  This looks decent value especially considering the tired legs of the visitors.

The Finnvedsvallen in Varnamo is the venue for this Sunday top-flight Swedish game as leaders Hammarby travel to the team in 13th.

Varnamo put a three-game winless run behind them last weekend when they comprehensively defeated Helsingborg 4-1.  It means they have picked up four points in their last two and moved into 13th.  At home, they have lost just once this season (to Hacken) and that includes a draw with Malmo.

Hammerby are the early pace-setters in Allsvenskan with a 3-0 victory over Norrkoping last time out  their sixth win of the season.  They are among three sides on 20 points but have the best goal-difference in the division.  On the road, they won their first three but did lose to Kalmar (2-0) on their last road trip.

Over 2.5 goals is the bet that stands out in this fixture between two sides full of attacking confidence and can be backed at 1.85 with Betfair Sportsbook.

The hosts have an in-for striker in Marcus Antonsson who has been in excellent form and looking like the player who once earned a moved to Leeds United.  Last season he managed just six goals but this season he already has four.  The visitors meanwhile have two players in scoring form with Willot Swedberg having five for the campaign and Nabil Bahoui scoring four.

With so many attacking players  and Hammarby having played 120 minutes and penalties on Thursday afternoon then over 2.5 goals looks the play.

Back the Four Star Selections as a Treble on Betfair ⬇️

Sign up to Betfair and get a full refund if your first bet loses. Grab an account through the offer below and place £20 on the 7/1 Swedish Allsvenskan Best Bets Treble. Here are the two possible outcomes: