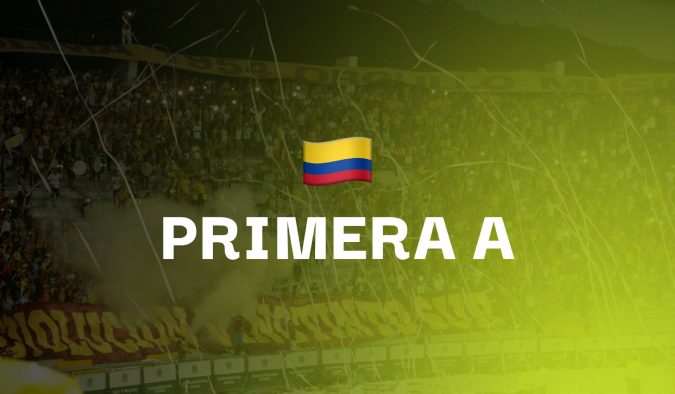 Bucaramanga are a solid top-half Colombian Primera A side when playing at home where they have beaten Colombian giants Atletico Nacional and current champions Deportivo Cali in their last two games. In Dayro Moreno, their troubled but talented striker, they have one of the stars of the league. In eight games this season he’s scored four goals at almost twice his xG. Even at 36 years old he’s still got it. What a career he may have enjoyed if it hadn’t been for the boozing, womanising, and ill-discipline. But in that case, he wouldn’t be at a club like Bucaramanga.

Jaguares’ early season promise has all but fizzled out. Now sliding down the table, even their home form has started to suffer. On their travels they’ve been a disaster. Four defeats and just the solitary point picked up in the first game of the season, is nothing that surprising, mind. Jaguares have long built their foundations on their home form, where other teams find it difficult to play in the boiling mid-afternoon Caribbean sun. It was the main reason why the club refused to install floodlights for so many years – to ensure all their games were played when the sun’s rage was most fierce. With momentum on their side, Moreno in hot-form and Jaguares on the wane, it’s hard to look past the home win.

America are an absolute car crash. The wheels have fallen off, the windscreen’s been smashed in and the whole shell of the team is a roaring ball of fire. It’s difficult to imagine how things can get any worse for the Cali team who have now lost four games in a row, including an embarrassing defeat to Patriotas midweek. Forced to play a left back and centre midfielder in central defence due to the team’s mounting injury crisis that nobody can quite explain, Patriotas ran riot.

The final score was just 2-1, but Patriotas should have won by three or four goals. To rub salt into the wounds, two players were sent off late on (the second time this season) as tempers and frustration again flared, adding two more players to those unavailable here. Much of the blame has been thrown at manager Juan Carlos Osorio, who was recently accused of needing psychological help by DIM manager Julio Comesana after he needlessly stamped on a rival player on the touchline. Nearly all the fans want him out and even the club president let loose a series of barbs on Twitter after last week’s match, which were clearly aimed at Osorio. It’s not a happy place. But Osorio is just too expensive to sack, and so they’re stuck with him until June.

Tolima’s form has slipped a little bit in recent weeks but are still one of the best and most consistent teams in the league. They showed great character to come back from 2-0 down against Once Caldas midweek and against the absolute disaster that is America, it should be a routine home win.

Equidad are on an eight-game unbeaten run which has seen them charge up the table and into contention for a top-eight qualification spot for the league finals. Their football isn’t for the purists. They have picked up more yellow cards than any team in the league and are way clear at the top of the most-fouls-committed table. It’s a hallmark of how manager Alexis Garcia always gets his teams to set up: give little away, unsettle the opponent at every opportunity and break up play using any tool necessary. Rarely do they look convincing or put teams to the sword. Even in their last game against Alianza Petrolera in which they played with a man extra for 79 minutes, they never took control of the game. Instead they committed four times more fouls than Petrolera and won by the single goal. Their two star players, Pablo Lima and David Camacho, have the quality to hurt opponents, but it’s the team’s collective attitude that everyone buys into that makes them so effective.

Pasto have no such identity. They have struggled all season and are destined for a bottom-half finish. Normally they are very strong at home, but this season they’ve won just one game at their high-altitude Estadio Libertad. With Equidad used to playing at high altitude and in strong form, they should be strongly fancied.

Sign up to Betfair and get a full refund if your first bet loses. Grab an account through the offer below and place £20 on the 2/1 Colombian Primera A Best Bets Double. Here are the two possible outcomes: