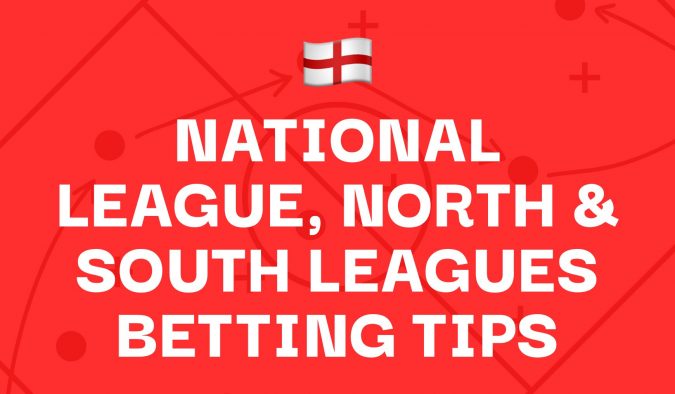 Chesterfield will be hoping to close the gap on league leaders FC Halifax Town to one point when they travel to The Hive on Saturday.

The Spireites return to the league action after spending last Saturday at Stamford Bridge and James Rowe was keen to point out that it was a sign Chesterfield Football Club is back. He also believed the game was a huge learning curve for him and his players but if this season is anything to go by, there isn’t too much more they need to learn when it comes to winning football matches in the National League. Chesterfield have lost just one of their 20 matches and accrued 2.15 points per game, the best in the division.

Their experience and quality will need to be on show if they are to get the better of Barnet. Since Dean Brennan took the reigns from Harry Kewell, they have the eighth best points-per-game record in the division. Their improvement can be mostly put down to defensive resilience, Barnet conceding less than one goal per game in that period and conceding more than one goal on just one occasion. They have failed to win any of their last three (0-1, 0-0 and 1-1) but should welcome back Ephrom Mason-Clark and Daniel Powell to the squad – Dean Brennan was keen for his side to show more going forward.

Barnet have prioritised their defence under Brennan while Chesterfield have one of the tightest rearguards in the division having kept 11 clean sheets in 20 matches. It’s likely that goals will be minimal in this one.

Grimsby Town and Altrincham will be looking for a return to winning ways when they face off at Blundell Park this weekend.

The Mariners have lost seven of their last nine, failing to score in five of those matches. In a bid to arrest their slide, Hurst has chopped and changed his starting XI in a bid to halt their slide but to little avail and the Grimsby gaffer was dealt a blow when on-loan Sheffield Wednesday midfielder Alex Hunt was recalled this week. However, their performances have improved since the enforced COVID break and John McAtee is fit again – a huge boost.

For Alty, it’s now eight without a victory and one win in 14 league matches. Their primary issues have been defensive, Phil Parkinson’s side failing to keep a clean sheet in those 14 matches and have conceded at least two goals on nine occasions. Similarly to Hurst, Parkinson has begun toying with different formations and personnel in a bid to stop the rot but it hasn’t worked yet – they started with a back three in both matches against Stockport County and conceded nine goals. I’m a big fan of Altrincham but with Grimsby’s performances improving and their home record remaining very credible (seven wins from ten matches), I’m backing The Mariners for victory

The final game in the National League sees another pair of clubs looking for a big victory.

With Dover Athletic being the opposition, there will be pressure on Wealdstone to secure a much-needed victory in this one and complete the double over The Whites having beat them 3-2 earlier in the campaign. However, The Stones have lost their last four matches and the defeat against Boreham Wood on Tuesday was their first league game in a month. Crucially, they have won four and drawn three of their matches against sides 15th or lower in the table and will back themselves to add to that tally.

It’s been an abysmal season so far for Dover Athletic. The main positive in most post-match interviews has been talk about the club still being alive and their being no debt, which are overwhelming positives but also do little to satisfy supporters who would like to see their team at least be competitive. The Kent-based have not won a competitive football match since 26th January 2021 (3-1 v Barnet) and not won a competitive football match away from home since 1st February 2020 – almost two years ago.

While the previous fixture finished 3-2, I think Wealdstone will ensure they are solid defensively in a bid to get that victory. Neither side is adept at scoring goals and Dover have just lost their star striker in Aaron Cosgrave. I’m backing under 2.5 goals.

Despite being nearer the bottom of the table than the top, both Blyth Spartans and Gloucester City are beginning to find their feet thanks to new management.

Terry Mitchell has taken the reigns at Blyth Spartans and overseen three victories in his last six, including a hugely impressive victory over title-chasing Gateshead. All three of those victories came at home meaning they have won three of their last four at Croft Park. They will be without Karl Byrne for this one and could be missing two more key players in Connor Thomson and Michael Liddle.

Lee Mansell, the ex-Torquay United and Bristol Rovers full-back, is the man in charge of Gloucester City and he appears to have sorted out their defensive problems of late. The Tigers have lost just one of their last eight and are unbeaten in their last five, conceding just one goal in that time. They also picked up their first away victory of the season thanks to a Ben Gerring header at Leamington.

While the hosts have made big strides in recent weeks in terms of their attacking output, they could be without Connor Thomson and Gloucester City have become very difficult to break down. I’m going to back under 2.5 goals.

Leamington and AFC Fylde will just be happy to get back on a football pitch after recent postponements.

Leamington haven’t played since 2nd January and Paul Holleran will be hoping the break has done them so good as they look to arrest an alarming slide down the table. They are now eight victory and that run has included a 1-1 home draw with lowly Bradford Park Avenue, a 4-0 thrashing at home versus Kettering Town, giving up a two-goal lead against Telford United and gifting Gloucester City their first away win of the season.

AFC Fylde haven’t played since 28th December and they will be looking to put an end to their own poor form having failed to win in their last three matches of 2021. Despite league positions, it isn’t a foregone conclusion that AFC Fylde earn the three points here – their four away victories have all come against sides placed 16th or lower in the table. They have signed Danny Whitehead from Port Vale this week but Jim Bentley remains on the lookout for a striker.

Chelmsford City will be hoping to continue their fine form as Welling United visit the Melbourne Stadium.

The Essex outfit have endured a difficult campaign so far but have won each of their last three matches to push them away from the bottom of the table. Young striker Tom Blackwell has scored in each of those matches, including the winner against Bath City, despite not having scored a league goal for the club beforehand.

Welling United have employed ex-Leicester City, Gililngham and Crystal Palace manager Peter Taylor in a bid to get them out of trouble and it is working so far, The Wings having won five of their 14 matches under his tenure to creep away from the bottom of the table. He has struggled to put a stop to their defensive woes, however, with Welling comfortably the worst defensive side in the division and recent results including 6-0, 3-1, 4-1 and 3-2 defeats.

It’s that goal record that convinces me there should be goals in this one. Welling have conceded in 90% of their away matches, scored in 60% and eight of their ten away matches have involved three or more goals. Chelmsford themselves have seen at least three goals in 56% of their home matches so goals should be expected here.

Both Eastbourne Borough and Hungerford Town go into this fixture needing to put a positive spin on some indifferent form.

The hosts will want people acknowledging that they have won four of their last six matches and will hope to avoid people picking up that they have lost five of their last nine. They will also want people to look at results in games they have played in the last month – they played once and beat high-flying Oxford City on their own turf. They have generally struggled to beat the sides above them in the league table, which Hungerford Town are, but did pick up credible draws against the sides currently fourth, sixth and seventh.

The visitors will want people acknowledging that they have won three of their last six but the biggest picture showed five defeats in the last eight. They will point to their away form as well – Hungerford have the best points-per-away-game record in the division with six victories from nine but they lost their last encounter at 19th place Tonbridge Angels. It was their first away defeat against a side below them in the current standings.

Gary McCann was quite open late last week when he explained how tough December had been for him, his players and the football club as a whole. There were postponed fixtures, three consecutive defeats in which they conceded 10 goals and at the end of it, Charlie Wassmer was let go an incident that occurred during their 4-1 loss against Slough Town. He would therefore have been delighted with the response of his players last Saturday as they saw off Concord Rangers 2-1.

He will be hoping their impressive form against the top sides this season (one win and three draws) continues when they host Dorking Wanderers this weekend. It won’t be easy giving that the Surrey club have won each of their last five and plundered home 20 goals in that time. Dorking are currently third in the league table and second in the form standings. However, while their home form is near immaculate, their away form has been inconsistent with three wins, three draws and four defeats.

It seems to be a rule of National League South football that goals are a requirement in every game and this another game where goals should be likely. The visitors have scored and conceded in nine of their ten league matches on the road and their away games are averaging 3.7 goals.

Sign up to Betfair and get a full refund if your first bet loses. Grab an account through the offer below and place £20 on the 25/1 National League & National League N/S Best Bets Accumulator. Here are the two possible outcomes: