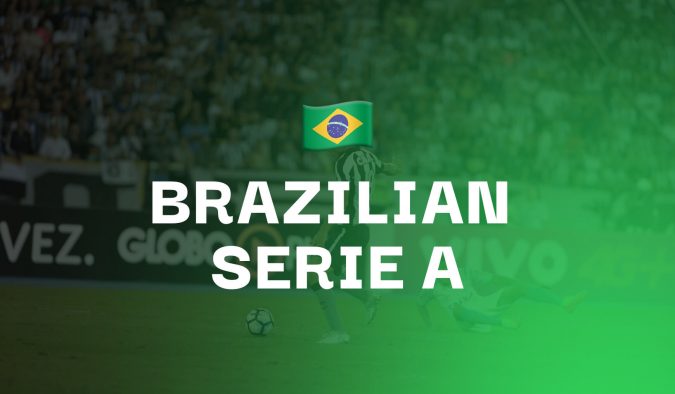 Fluminense have turned a corner in recent weeks following an early Copa Libertadores exit at the hands of Paraguayan outfit Club Olimpia. Since their shock 3-0 defeat in Asuncion, Fluminense have made a slight improvement in their performances. First, they saw off Botafogo in the Rio state championship Semi-final thanks to a late goal from their newfound hero German Cano. This set up a mouth-watering tie with Flamengo in the final, which saw Abel Braga’s men come up with two big performances to become Campeonato Carioca champions for the first time since 2012.

Winning silverware for the first time in ten years will give Flu huge confidence coming into their season opener with Santos, who have been in dire form of late.

For the past two years, Marinho had been a key figure for Santos but his luck with injury last season saw the Sao Paulo club struggle. In January 2022, he opted to join Flamengo and Santos have struggled to get going. In the Paulista State Championship, they failed to make it out of the group stage, only winning three of 12 matches. Then in the Copa do Brasil, they needed penalties to scrape past minnows Fluminense-PI, who only play regional-based football.  With their young squad, it may take them a while before they start improving. In their most recent outing, on Tuesday evening in the Copa Sudamericana, Santos suffered yet another loss, this time to Argentine side Banfield.

Flu are unbeaten since 2018 when hosting Santos and with Peixe not looking like improving their form any time soon, the hosts will be confident of starting the season on the right footnote. Santos have been leaking goals against smaller opposition and Fluminense’s defensive counter-attacking style will suit them to the ground in this fixture.

The back-to-back Copa Libertadores champions Palmeiras have started their 2022 season in style. In the Club World Cup, they showed how tactically well-drilled they are by limiting Chelsea to efforts at goal and their extra-time defeat hasn’t had any lasting effects, if anything, it’s made them stronger. In the Recopa Sudamericana, a two-legged final between the winners of both continental competitions in South America, Palmeiras took on Athletico Paranaense. After a thrilling 2-2 draw at the Arena da Baixada, Palmeiras took control in front of their home faithful with a brilliant display of attacking and defending in a 2-0 victory, to give them their first piece of silverware of the season.

The Paulista state championship was next in their sights, first, they made it out of the group stage in style with nine wins, three draws and no defeats.

In the knockouts, Palmeiras saw off Ituano and Bragantino to set up a meeting with Sao Paulo. A 3-1 loss in the first leg, saw Palmeiras needing to put in a perfect display if they wanted to become champions and they did just that. A 4-0 battering of their rivals saw them lift the Paulista State Championship for the first time under the guidance of Abel Ferreira. Their quest to win a third-straight Libertadores title began on Wednesday with a 4-0 mauling of Deportivo Táchira. They come into their season-opener beaming with positivity.

On the other hand, Ceara are at a crossroads. An early exit in the Copa do Nordeste and Campeonato Cearense saw coach Tiago Nunes sacked. Dorival Júnior replaces Nunes but has only been in charge for one game, a 2-1 win over Independiente on Tuesday which will at least give the North-eastern side a glimmer of hope.

Ceara have a terrible record on the road against Palmeiras and with the Verdão trio of Raphael Veiga, Dudu and Rony in great form, it’s hard to see anything other than a home win.

With Cuca leaving at the end of last season, many questioned if Atletico Mineiro could replicate the success of 2021, but the defending Brazilian Serie A champions have continued where they left off last season. Now coached by Argentine Antonio Mohamed, the Mineiro based club’s first success of 2022 came in the form of a Brazilian Super Cup victory, as they saw off Flamengo on penalties in a dramatic affair. In the Mineiro State Championship, Atletico breezed their way into the semi-final stage with nine wins from 11, where they found the net on 23 occasions. In the semis, Caldense were no match for Atletico who enjoyed a 5-0 aggregate victory. In the final, goals from Hulk (X2) and Nacho Fernandez were enough to see-off rivals Cruzeiro to give Mohamed’s men a record 47th Campeonato Mineiro title. In midweek, Galo enjoyed a 2-0 win in Venezuela in the Copa Libertadores and come into this game in great spirits.

It’s quite the opposite for their opponents Internacional. After finishing runners-up in 2020, Inter had a poor 2021 by only managing a 12th place finish, a round of 16 exit in the Copa Libertadores and a shock third-round departure in the Brazilian Cup. Unfortunately for Inter, 2022 hasn’t started too brightly either… In the State Championships, they only managed five wins from 11 in the group stage, which saw them meet bitter rivals Gremio in the Semi-Final. With Gremio now preparing for a season in the second tier, Inter went into the tie as favourites, but suffered a 3-0 battering at home in the first leg and they could only manage a 1-0 victory away from home in the second leg, ending their hopes of glory. On Thursday, Inter took an early 2-0 lead away from home against Ecuadorian side, Nueve de Octubre and look in cruise control. However, a poor second half saw Inter concede twice as they only managed a draw. It’s safe to say the side from Porto Alegre are lacking confidence, not what you want when you’re about to take on the defending Brazilian Serie A champions.

Atletico have won their last ten games in all competitions and with Internacional struggling in the state championship and having not won away from home against Atletico since 2018, Galo should have enough in the tank to pick up three points in front of their home fans.

Sign up to Betfair and get a full refund if your first bet loses. Grab an account through the offer below and place £20 on the 5/2 Brazilian Serie A Best Bets Treble. Here are the two possible outcomes: