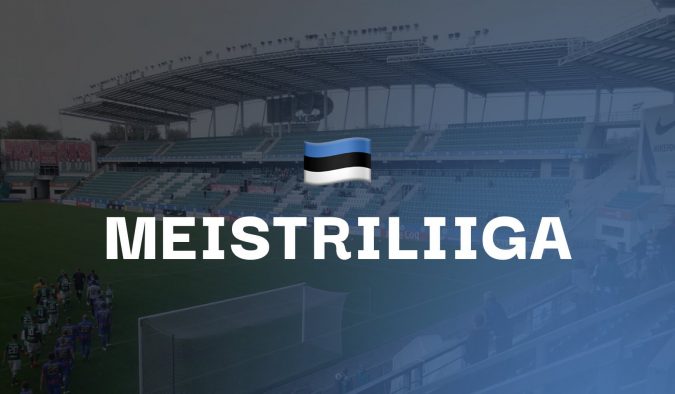 A bottom of the table clash between Narva and Kalev. Many fans of Estonian football thought that Kalev would be the whipping boys this season, but a recent run of form have seen them shoot up to 8th in the table. Wins against Parnu and Tammeka and an unlucky draw against Legion could have seen Kalev leapfrog Narva into 7th if it wasn’t for a dodgy penalty late in the game. You have to ask yourself whether the international break came at the wrong time for Kalev when momentum was high. Kalev can also boast the Premium Liiga May player of the month in Ioan Yakovlev, who contributed 5 assists during the month of May. Foday Trawally has also been a standout player scoring 5 goals already for Kalev.

Narva on the other hand, have lost 8 games in a row, and morale in low in the city. You could see this game as a perfect opportunity to gain some confidence in the team having beat Kalev 5-0 earlier on the season, and possibly pinpointing this game as a potential turning point in the clubs season. Defender Ryan Lindsay has had his contract mutally terminated due to medical issues and star defender and top scorer Denis Dedechko will be suspended for this game, leaving Narva having to shuffle the back line about a bit with maybe some U21 players having to fill in.

Both teams can’t afford to lose this game, Kalev can jump over Narva with a win, which would drag Narva right into a relegation scare. Kalev also have the big 4 to play within the next 5 matchweeks with another match against Narva sandwiched between, picking up vital points against teams around them is a must.

An end to end tie that normally promises goals.

The last time these two played resulted in a shock result for Kuressaare in a 2-1 win, the game was wrapped up after just 17 minutes and Kure ended up having 11 men behind the ball for the rest of the game, with Paide not being able to break that defensive wall.

Other than that shock result, this game usually results in a Paide victory. In the last 20 games between the two, Paide have won 17, scoring 59 goals compared to Kure’s 15.

Moving to the present day, both teams have the exact same form from their last 5 games, 2 wins, 1 draw and 2 defeats. Paide’s fixtures being the most difficult of the 2.

With the international break seeming like an eternity, both clubs are now ready to go with Kure breathing down the neck of Paide for that 4th place spot. Despite this, Paide are going to have way too much for Kure, captain Marten Pajunurm is suspended for the Kure, and is such a big miss for them, whereas Paide have no suspension or injury worries.

With Kure you never know what you’re going to get, they have scored in 13 games this season, but 5 games has finished to a 1-0 scoreline (4 of which are against teams below them).

Paide should win this one quite comfortably, and if they are in the right mood, it could be over by half time. Kure are missing their captain and leader at centre back, but do offer some threat up front in Reinkort and Lipp with 10 goals between them, goals are expected in this one.

Tammeka do not have much luck in front of goal in the last few games, with just one goal scored in the last 3 games conceded 9. Legions fortunes are much better, two draws and a defeat in their last three and have given most teams a difficult game this year despite having an incredibly young team.

These two have only played each other 8 times since Legion’s promotion in 2020 but Legion have the upper hand with six wins, compared to Tammeka’s one win.

It’s worth noting that Legion’s team is completely different from past years due to the ongoing financial crises at the Tallinn club. Fortunately, they have managed to keep three players who could do a job at a higher Premium Liiga club – Domov, Ivanov and Baturins in goal are the spine for this current Legion team.

Tammeka will be a bit weak at the back, Ats Toomsalu is suspended, and David Addy is an injury worry, long term absentee Kevin Anderson is still missing, as is goalkeeper Karl Pechter.

Tammeka in their last six games have O2.5 goals, probably due to the makeshift defence they currently have.

Legion are slowly improving, the squad is starting to gel and with a fresh squad to pick from they may just fancy themselves. It’s very unlikely this will end in a 0-0 draw.

Both sides would be delighted if the season ended right now, sitting in 8th & 9th respectively and only goal difference separating the two. Both teams are going to fancy themselves to get 3 points and they pull away e can be said for Kalev they are looking to go for back-to-back wins for the first time this season.

A big game at the top of the table and a local derby, see’s league leaders Flora Tallinn taking on Nomme Kalju. Flora are by far the most inform team in the league this season and also hold the bragging rights of being the only unbeaten side left.

Kalju are also playing well this year, which isn’t a surprise. Having only lost 2 games this season, to Flora and Levadia, they’ll be hoping to close the gap on the top two, to just 5 points and potentially make a push for the title during the 2nd half of the season.

A 2 week international break has separated match week 16 and 17. Flora had a whopping 11 players called up to the Eesti national team,with 8 players featuring during this period, which could have a lasting effect on the preparation. In the opposite camp, Kalju only had goalkeeper Marko Meerits called up to the side as a late injury replacement for Arsenal keeper Hein. With all the players remaining together, the 2 weeks of preparation for this game is huge.

Kalju will be hoping to have striker Alex Tamm back from injury, who was on the verge of a national team call up before picking up his injury. He leads the goal scoring charts for Kalju this season, with 6 goals, joint with Kaspar Paur, who Kalju will be hoping for a top performance from.

Flora will be at full strength, and will be happy to see players such as Vassiljev and Zenjov returning from national team duty in top form, and bring it back to the league.

A game which promises exciting end to end action, both teams will want the 3 points. Flora are unbeaten against Kalju in the last 9 meeting between the 2 sides, winning 8 of them. The same result will be expected here.

Sign up to Betfair and get a full refund if your first bet loses. Grab an account through the offer below and place £20 on the 4/1 Estonian Mesitriliiga Best Bets Accumulator. Here are the two possible outcomes: