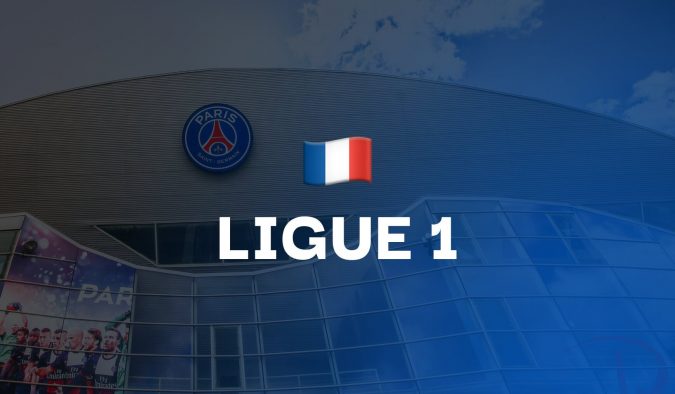 Saint-Etienne and Monaco is a game that should produce goals.

The home side are far better going forward than they are defending, which has been made amply apparent in recent weeks. Their last four games have produced a total of 23 goals, while eight of their last 11 fixtures have seen more than 2.5 goals.

Similarly, Monaco have started to find a goal touch lately. Although they only beat Nice 1-0 in midweek, their four previous matches have ended with at least three goals. Wednesday’s derby against one of Ligue 1’s tightest teams never threatened to be spectacular either.

Against Saint-Etienne, Monaco should experience a more open game, which should allow the likes of Wissam Ben Yedder to thrive. Indeed, when they met earlier this season, they picked up a 3-1 home victory, and each of the three previous fixtures between these clubs has produced at least four goals.

Off the back of five successive victories, it is little surprise that Monaco are hot favourites to take maximum points against a struggling opponent. Their last four victories have been by a single goal, while the fighting spirit that Saint-Etienne have shown in recent weeks suggests that they might be a harder opponent to overcome than the odds suggest.

Goals, though, look to be on the cards in this match, with Saint-Etienne still depleted defensively and Monaco needing to finish the season strongly in order to secure a Champions League spot for next season.

PSG -1 has been a staple bet in recent weeks because of the Parisians’ strong form, and it is worth serious consideration ahead of the weekend’s match against Lens.

Although Mauricio Pochettino’s side spent much of the season stumbling to victories, they have suddenly sparked into life over the course of the last month. Admittedly last weekend’s 2-1 victory over Marseille was something of a low-key success, but surrounding that game are three victories that have seen them score a total of 14 goals for the concession of just two.

On Saturday, they will hope to benefit from the return of Lionel Messi, who will be desperate to be on the field when PSG secure the point they need to seal another title. Definitely back, though, will be Neymar, who was suspended in midweek. With the front three starting to click, the last thing that Lens need to face is two of them being fresh after a midweek off.

The visitors come into this game off the back of three successive victories that have relaunched their European challenge, but while these have been achieved against middle-ranking opponents, these rivals have also been rather out of form lately. PSG will represent a significant step up.

One boost for Lens is that key midfielder Cheick Doucoure does look good to go after coming off injured in midweek, but that may not be enough to save his side from a comfortable defeat on an evening upon which PSG will look to seal another title in style.

Two of Ligue 1’s least thrilling sides will meet at the Allianz Rivera on Sunday for what is likely to be a war of attrition. With just 71 goals scored in their 33 matches, Nice’s games this season have produced fewer goals than any other team in the league. Troyes, meanwhile, are the third in this regard, with their games having tallied just 76 goals.

Ahead of Sunday’s match, neither head coach is liable to change their approach dramatically. Both prefer to be pragmatic, and certainly from Troyes’ perspective, if they were able to grind out a scoreless draw, that would suit them. Nice need to go for the win, but they are likely to do so in a methodical manner.

The home side will have Dante back from suspension to strengthen their defence, while Troyes are depleted offensively as Mama Balde is banned after a midweek red card.

It is a well-established pattern this season that Nice struggle to break down opponents who are defensive, and that is likely to continue in this game. At the Allianz Riviera, though, they do typically find a way, and while their overall form is not good – one win in six – they remain robust at home, where they have won three of their last four and five of their last seven.

Backing a low-scoring Nice victory in this encounter looks a good wager. Troyes won the first meeting between these sides 1-0 in Champagne, but a reverse of those fortunes would not be a surprise.

Sunday’s derby match between Nantes and Bordeaux promises to be an entertaining affair. For Nantes, this game could represent the last opportunity for some players to impress before the Coupe de France final in a fortnight, while Bordeaux’s plight at the foot of the table is such that they urgently require points.

The visiting side led Saint-Etienne 2-0 in midweek but had to settle for a 2-2 draw, which was made all the more frustrating by a goal disallowed by VAR in stoppage time. After being unsuccessful with a pragmatic approach in his early weeks, head coach David Guion has become more attacking in recent games, with the last three outings producing 15 goals.

Hwang Ui-jo, one of Bordeaux’s leading attackers, will return for this match after a ban, while it may be that goalkeeper Benoit Costil is finally recalled. Replacement Gaetan Poussin had a nightmare in a 6-1 loss to Lyon last weekend in which both teams had an xG around the 2 mark.

Nantes, meanwhile, will be looking to get back into some form in this game. Like their visitors, they led in midweek away to Marseille but ended up on the wrong end of a 3-2 loss. Striker Randal Kolo-Muani was left on the bench for that game, but look for Nantes’ top scorer to return on Sunday with a bang as he seeks to add to his 12 league goals for the season.

Nantes won this fixture 3-0 last season and their fans will look for more of the same in their last home outing before their big day in Paris.

Sign up to Betfair and get a full refund if your first bet loses. Grab an account through the offer below and place £20 on the 17/2 Ligue 1 Best Bets Accumulator. Here are the two possible outcomes: