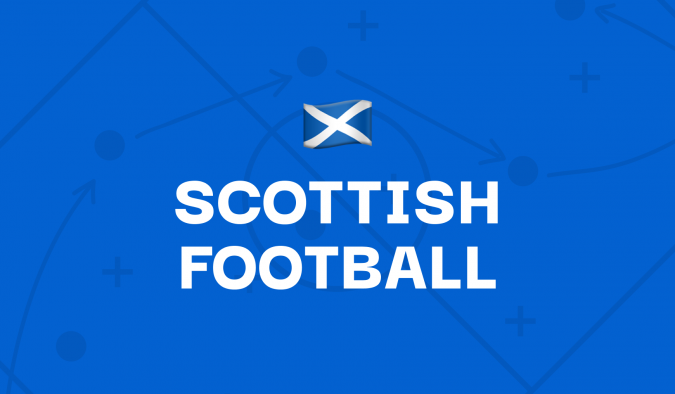 Motherwell’s hosting of Dundee pits two of the most out-of-form teams in the Scottish Premiership against each other.

While the Well are showing some signs of coming out of their recent slump, Dundee’s problems are only deepening.

The home side might have lost to Ross County in midweek, but they created enough chances to win the game and only that lack of cutting edge prevented them from doing so. Only a few days previous, though, they had come back from 2-0 down to secure a shock 2-2 draw against Rangers.

Dundee, meanwhile, were held to a scoreless draw at home against Hibs, despite their opponents playing much of the match down to 10 men. Worryingly for the Dark Blues, they were second best even with a man advantage.

The guests may be under the charge of a new man in Mark McGhee, but he was by no means an appointment that gained unanimous approval and he has lost two of the three league matches he has overseen from the stands, where he is forced to sit due to suspension.

With both teams lacking in confidence in front of goal and there being much on the line in this encounter for both, a tight match is in prospect.

Motherwell should have too much for their guests and a repeat of the 1-0 victory they achieved earlier this season at Fir Park would not be a surprise. Indeed, they have won their last four home matches against this opponent all by a single goal.

League leaders Celtic are priced much too short for this match, given both the level of their recent performances and the struggles they have had this season against a Livingston side that is in good form.

Ange Postecoglou’s men have not even scored in their two previous matches against their Sunday hosts this term, losing 1-0 on their previous trip to West Lothian before being held to a scoreless draw in the East End of Glasgow in October.

Recent performances from the Hoops, meanwhile, have been laboured. While they have won the overwhelming majority of domestic games since a worrying start to the season, the offensive sparkle that has been associated with them has not been readily evident. They were held 0-0 at Hibs last Sunday and then struggled to beat St Mirren 2-0 at home on Wednesday.

Livingston, conversely, are undefeated in their last six. Their home record against Celtic, meanwhile, is surprisingly good. They have not lost in five in front of their home support against the Hoops and have won two of those.

All this means that there is little value in backing Celtic at a skinny 1.33, and even if the Glasgow side are naturally favourites, Double Chance of Livingston and Draw looks a good value bet at 3.00.

More conservatively, Livingston can be backed on the handicap market with a +2 start at 1.62. This bet would have been a winner in each of their last 15 domestic matches.

Queen’s Park may have failed to live up to expectations as one of the favourites to win promotion from SPFL League One, but that has not stopped them picking on Dumbarton this season. Indeed, the Hampden side have already overcome their hosts for Saturday on three occasions this term, including 3-0 when they last visited the Rock in October.

They may have had issues winning games since then, but in midweek they turned in an altogether more purposeful display against Peterhead in a 2-1 victory. It was a game that they should have won far more handsomely and in which they saw two goals disallowed. This performance may, finally, be the one that gives them some fresh impetus for the end of the season.

Dumbarton, meanwhile, will be without regular starters Ross MacLean and Paul Paton after both were sent off against Peterhead in a 4-3 loss last weekend.

The Sons also have the poorest home record in League One, having suffered seven defeats in 13 fixtures this season, including a 2-1 reverse to Alloa a fortnight ago.

They might hope that the abject nature of the playing surface provides a levelling influence in the game, but Queen’s Park are presently playing on a similarly poor pitch in their temporary home of Firhill and seemed to have mastered the conditions when they played in midweek.

QP may be prone to drawing on the road, but this is a game that they should win.

Forfar will hope to take another step towards securing a playoff place when they host Elgin on Saturday. The Loons have a formidable home record this season, picking up nine matches from their 13 fixtures at Station Park, where they have scored exactly twice as many goals as they have conceded.

A fortnight ago, they enhanced their reputation for being a strong home side as they defeated Kelty Hearts, the runaway league leaders, 1-0. Although they subsequently lost to Stenhousemuir last weekend, they will appreciate being back in familiar surroundings.

Elgin, meanwhile, have the reputation for being a side that does not travel well. Indeed, from 13 away games this season, they have lost on nine occasions, including each of the last three. While Forfar were beating the league leaders a fortnight ago, they were losing 2-0 on the road to bottom side Cowdenbeath.

A five-game losing streak was ended by Gavin Price’s men thanks to a 3-1 home success over struggling Stirling Albion, but it cannot disguise their problems on the road.

Indeed, they have never won a league match at Forfar in three previous attempts. Earlier this season, for instance, they suffered a 2-1 defeat at Station Park.

Although six of the previous seven league meetings have seen both teams score – the exception being the last game the teams played – backing the home side for victory in this game offers the best value.

Sign up to Betfair and get a full refund if your first bet loses. Grab an account through the offer below and place £20 on the 11/1 Scottish Football Best Bets Accumulator. Here are the two possible outcomes: