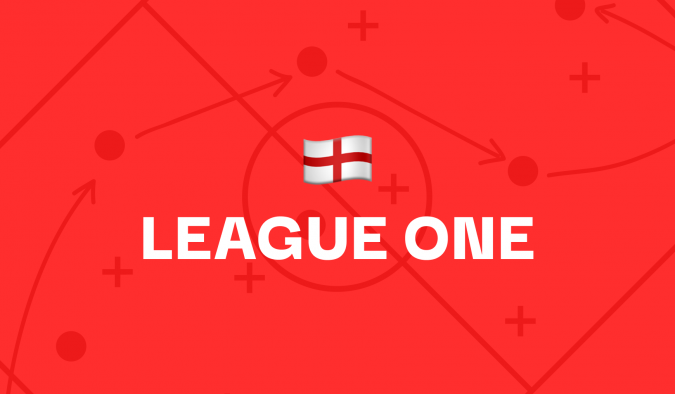 Wimbledon gained plaudits rather than points on Tuesday night, losing 2-0 to Ipswich with a youthful side.

The exuberant Dons ran all evening and could not be faulted for effort or commitment, but were found wanting for key moments of experience and proven quality against the more refined League One Play-Off challengers.

Mark Robinson’s side are winless in five, though, and having sold one of the few remaining seasoned campaigners in Ollie Palmer to Wrexham, are short on knowhow in the final third.

It’s one thing having prodigious talents like Luke McCormick, George Marsh, Ayoub Assal, Jack Rudoni and Dapo Mebude, but sometimes it can be important to have a touch of expertise to bring everything together.

That looks the main problem for the Wombles, who have gone from winning 2-0 at Accrington Stanley and playing Wycombe off the park in a 2-2 draw in Buckinghamshire, to going seven league games without a win with just one goal in six.

Shrewsbury are in a similar position, having won only one of their last five league games, despite avoiding top eight opposition in that sequence and facing beleaguered strugglers in Crewe and Gillingham.

With neither side at the peak of their powers, this could be a low-scoring encounter.

Bolton and Sunderland, former Premier League clubs, have ambitions of returning to the top two divisions of English football, with the latter’s being more urgent than the former.

The Black Cats are in danger of falling behind Wigan and Rotherham in their bid for a top two berth, so head coach Lee Johnson has been backed to make numerous big signings this month.

Danny Batth signs from Stoke, bringing much Championship experience as well as a League One title win with Wolves from 2013-14, while the centre-backs leadership qualities make him an ideal tutor for the talented Callum Doyle, on loan from Man City.

Talking of the Citizens, winger Patrick Roberts signs from that corner of Manchester on an initial six-month deal, with a view to an extension and could be converted into a wing-back or an attacking midfielder.

Roberts enjoyed a stellar season with Celtic in 2016-17 and, even if he has not yet established himself in England, he will bring undoubted quality to the Wearsiders.

Bolton, though, have improved themselves in January, especially up top, where Ian Evatt’s side have gone from overrelying on a 33-year-old, out-of-form Eoin Doyle to having different options.

Dion Charles has relished his short move south from Accrington Stanley after a protracted saga, bringing an excellent work ethic to the front-line, likewise the more experienced Jon Dadi Bodvarsson, who joins from Millwall.

With that in mind, this could be an enthralling encounter with constant threats at either end.

In ordinary circumstances, Crewe could afford to write off their meeting with Rotherham as a free hit.

After all, the Millers are one of the two stand-out sides in League One with a solid, reliable defence, a midfield with a variety of different qualities and a target man in Michael Smith who can do damage to any side in this league.

Unfortunately for David Artell’s troops, they need approximately 28 points from their remaining 19 games to stay up: roughly the form of a Play-Off outsider.

The Alex can take heart from their recent improvement with 10 points from their previous seven game, but technically speaking even that extrapolated between now and the end of the season would not suffice.

For that reason, there is no such thing as a free hit for the Cheshire club, who must give everything they have to pull off an upset against Artell’s hometown club.

The good news for Crewe is that Rotherham’s recent road results have been rather ropey, with Paul Warne’s side losing 1-0 at Fleetwood and Accrington Stanley.

Plus, Warne’s decision to persist with Freddie Ladapo despite his transfer request amid interest from Preston North End proved ill-advised, after the striker produced a lethargic display in the 1-0 win over Cheltenham last time out.

In fact, so languid was Ladapo’s game that 36-year-old centre-back Richard Wood had to charge out of defence at one moment and harry the opponents right up to the goalkeeper, forcing a clearance in the process, as if to make a statement to his teammate about the standards required.

Wood’s leadership qualities have been crucial to Rotherham’s promotion push this term, and Artell – an ex-defender himself – may wish he had that kind of experience in his own side’s rear-guard, as opposed to relying on youngsters like Bill Sass-Davies and Zac Williams.

If Morecambe were to be relegated from League One this season, the smart money would be on them faring well in League Two the following term because they have built an excellent infrastructure over the last couple of years and have a squad they can build something with.

For Gillingham, the concerns are far greater, and the fear is that they will follow in the footsteps of neighbours Southend in suffering successive relegations into the National League.

The Gills have a chairman in Paul Scally who saved the club when he took over in 1995, but not only does his wealth not hold the same capital as it used to due to inflation, his leadership of the club has been hugely questionable.

Scally perpetuates lies, excuses and blame – anything to try and deflect the attention from himself – which is not only creating a toxic culture, but also driving many fans away from Priestfield into the non-league scene.

Very few supporters will renew their season ticket for likely League Two next term, so the budget will be cut significantly, and the Kent club currently has no senior players under contract for 2022-23.

It all paints a bleak picture for whoever takes charge, which will not be Andy Woodman after Bromley were offered an insulting compensation package of £5K, and it looks likely that former Millwall and QPR assistant Marc Bircham will take the helm.

This, therefore, is as good a chance as Oxford will get to further their top six aspirations.

With Ipswich in resurgent mood and Wigan and Portsmouth to come in the following week, the U’s cannot miss this golden opportunity to secure three points.

bottom four, a mere four points above the drop zone and firmly in the dogfight.

Context, though, tells a different story.

The Imps have not had a cutting edge for much of the season, partly because springy front-man Tom Hopper and Southampton loanee Dan N’Lundulu spent much of the season injured and flattered to deceive when they did play, while Freddie Draper is only 17.

Michael Appleton was forced to be creative with his options up top, often deploying technician Chris Maguire as a false nine, Teddy Bishop and Lewis Fiorini on occasion too, which drew less than favourable results – despite the odd star performance from Maguire.

At the heart of January’s recruitment drive, therefore, has been strengthening in attack and that has been reflected in the additions of John Marquis, Liam Cullen, Morgan Whittaker and Ben House.

Marquis has already shown signs of the form that made him top goalscorer for Doncaster for three seasons running, with the 29-year-old benefiting from operating in a more floor-based system than he did at Portsmouth.

With that in mind, Lincoln should be viewed as a top half side, even if the table shows them to be below Burton, who were deservedly beaten 1-0 by MK Dons last time out.

The Brewers have arguably missed a reliable, back-to-goal focal point since Kane Hemmings departed for Tranmere, with loanees Daniel Jebbison and Gassan Ahadme both preferring to run in behind.

Marquis could be the difference-maker.

Sheffield Wednesday have suffered an injury crisis in defence this season.

The situation has sometimes got so bad that Darren Moore has been forced to field a back-three comprising entirely of players operating away from their natural position.

From that perspective, it is hardly surprising that Moore has moved to sign Harlee Dean.

The centre-back has plenty of Championship experience from his time at Brentford and Birmingham, so could make a difference in League One, especially in a back-three.

Dean might not be especially cultured, but he is very aggressive and backs himself to carry the ball forward, so the insurance of two other defenders could make a difference.

The worry, though, would be that Ipswich have established some clear patterns of play already under Kieran McKenna and backed that up with results, winning four league games in five.

Dean, therefore, cannot always afford to jump in for a full-blooded challenge against Town, when there is the risk of him losing his position an them smartly playing around the former Brentford stalwart.

The rejuvenated Tractor Boys look vastly underrated to avoid defeat at the price of 4/6, which would be arguably the bet of the weekend.

Sign up to Betfair and get a full refund if your first bet loses. Grab an account through the offer below and place £20 on the 16/1 League One Best Bets Acca. Here are the two possible outcomes: