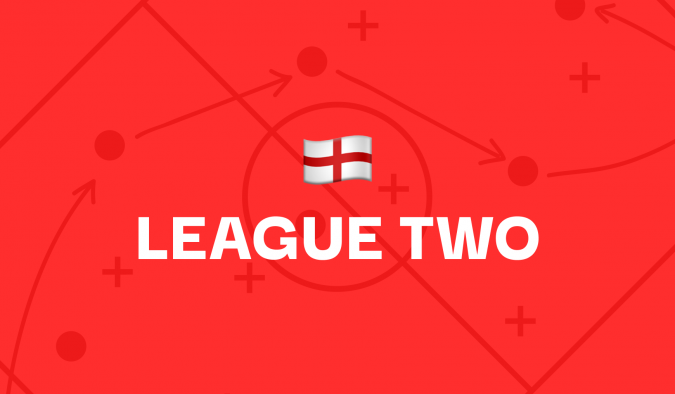 Mansfield Town have catapulted themselves up the League Two table over the past couple of months and have transformed themselves from mid-table obscurity into serious promotion contenders.

Nigel Clough’s side are flying at the moment and haven’t lost in their last 10 league games in an impressive run of form spanning back to 23rd November when they lost to Sutton United. They currently sit 5th in the league table and are five points inside the play-offs and just three points off the automatic promotion places. The Stags are finding different ways to win games and beat in-form Colchester United 2-1 at home last time out thanks to goals from striking pair Rhys Oates and Jordan Bowery.

Clough was full of praise for his attacking players and hailed them as “outstanding” as his side go into this weekend’s clash against Bristol Rovers in good spirits. January signing Matty Longstaff was an unused substitute in the last game and is in line to make his eagerly awaited debut against the Gas on Saturday. His loan move to Field Mill on the final day of the transfer window last month sent shockwaves through the Football League and fans are intrigued to see how he will get on in the fourth tier based on the fact he has already made 20 Premier League appearances so far in his career. Mansfield’s current midfield options Ryan Stirk, George Maris, Ollie Clarke and Stephen Quinn are enjoying themselves at the moment and have been key players in the middle of the park for Clough over recent matches so their newest recruit won’t exactly walk into the starting XI. However, with midfielder George Lapslie still injured for another few weeks, Longstaff’s chances of getting some minutes have certainly increased.

Bristol Rovers are no pushovers and have players who can hurt the Stags. The Pirates lost 2-1 away at 23rd place Oldham Athletic last time out through and are way down in 14th place despite playing their football in League One last term before they were relegated. They have a couple of injuries to contend with at this moment in time with first choice goalkeeper James Belshaw missing the past two games with a knee injury and January striker recruit Ryan Loft still out for the next few weeks. Joey Barton replaced the pair with Anssi Jaakola between the sticks and Harvey Saunders but they have struggled to make the same impact.

Walsall are in a real mess at the moment and have slipped down the League Two table over the past couple of months.

Their 1-0 loss to bottom of the table Scunthorpe United was the final straw for head coach Matt Taylor and he has been sacked during his first season at the club. The Saddlers now go into this weekend’s clash against 2nd place Tranmere Rovers without a permanent manager and have placed Mat Sadler and Neil McDonald in interim charge as they hunt for a new boss. Walsall haven’t won in their last eight games in the league in dire run of form spanning back to their last win on 11th December when they beat Colchester United 3-0.

Their goals have seriously dried up over recent times and they have only found the net twice since New Year’s Day so have dropped down to 21st place and are only four points above the relegation zone now as they nervously look over their shoulders towards the National League. They were dealt a huge blow in January when winger Otis Khan left the club for fellow fourth tier outfit Leyton Orient as he was a key player for them during his short spell at the club. He has been replaced in his position out wide by Manchester United loanee Reece Devine who has no experience of playing at this level at all and has been thrown straight in at the deep end at the age of just 20.

﻿Tranmere will be licking their lips at the prospect of facing goal-shy Walsall this weekend as they look to continue their push towards promotion to League One. They boosted their attacking options by luring striker Kane Hemmings down to League Two from Burton Albion in the division above and he scored a brace for the Whites in their comfortable 3-0 win over Swindon Town last time out. Their boss, Micky Mellon, said the attacker has been “brilliant” since his winter switch and the former Rangers man will be looking to add to his tally on Saturday. Tranmere have the best defensive record in the league and have only conceded 20 goals in 30 games so far this term with Celtic loan man Kris Doohan in inspired form after taking the number one spot from veteran Joe Murphy a few months ago. The Merseyside club are strong on the road and haven’t been beaten away for their last six league games with their last loss away from Prenton Park being on 30th October against high-flying Mansfield Town.

The Latics decided to bring back the Mancunian for a sixth spell in charge at Boundary Park to replace Keith Curle to try and save their season. It is no secret that the North West side are at serious risk of dropping into non-league this season following their dismal start to the campaign. However, they appear to have turned a corner under Sheridan now and have a genuine belief that they can now survive between now and May. He said that his players have the “desire” to stay up this term and this has proven by the fact they are unbeaten in their last three league games now, winning two and drawing the other. Winger Tope Obadeyi has returned to the club on a deal until the end of the season and the former Bolton Wanderers man has played a key role in their recent upturn in form as he has given them something different going forward. He has stepped into the side ahead of Jamie Hopcutt, who hasn’t scored this season, over recent matches and provides a better option as he possesses more Football League experience which is useful in a relegation dogfight.

Newport are going for promotion and will cause problems to Oldham’s defence as they have scored six goals in their last two games at Rodney Parade. ﻿﻿James Rowberry decided to drop attacking midfielder Ollie Cooper from their starting XI in their 1-0 loss to Northampton Town last time out as he wanted to “manage” his game time to keep his fresh as the Swansea City loan man started 19 consecutive games before the clash against the Cobblers on Tuesday night. He came off the bench in the end but will go into the weekend game against Oldham fresh and ready to start from the off again. The 22-year-old has been a key player since making the move to South Wales from the Swans and adapted well to the step up to senior men’s football as he has managed 10 assists in his 26 appearances so far. His impressive contribution has helped the Exiles rise into the play-offs and they currently sit 7th in the table above Port Vale as they hope this is the year they finally get promoted to League One. Newport boast having the league’s joint-top scorer Dom Telford in their side and he has 20 league goals to his name so far this term. He hasn’t scored for the past couple of games though and will be itching to get back on the goal trial, especially as Forest Green Rovers’ Matty Stevens is level with him now as they battle it out for the golden boot.

The U’s have been the surprise package in League Two this season in their first ever venture in the Football League following their promotion from the National League. Matt Gray’s side were held by Salford City last time out but haven’t been beaten for nine league games now in an impressive run of form spanning back to the 7th December when they lost 3-2 away at Newport County.

They also haven’t been beaten on home soil since Walsall got the better of them on 30th October meaning Forest Green won’t be in for an easy rise as they look to extend their gap above Tranmere Rovers at the top. Sutton are 4th in the table right now after 14 wins from 29 games and are only two points behind 3rd place Northampton Town in the automatic promotion places. They have no problems in scoring goals whatsoever and are the 3rd highest scorers in the division on 44 behind Saturday’s opponents on a massive 60 and Newport on 46. This is because the London spread their goals across a variety of different players with key attacking pair David Ajiboye and Isaac Olaofe both getting seven, midfielder Rob Milsom and striker Donovon Wilson managing five and forward Richie Bennett bagging four.

Rob Edwards has done a mightily impressive job at Forest Green after the taking over at The New Lawn last summer after the Gloucestershire club lost in the play-offs last season. They are 10 points clear at the top of the league, are the top scorers out of all the teams and haven’t lost in the league for 18 matches. Their last loss came on 9th October against Swindon Town. They showed their resilience and character in mid-week by coming from 1-0 down to beat a dogged Rochdale side 2-1 and Edwards said it was one of the “hardest” games they have had this term but they came through it to pick up another valuable three points as they hunt down promotion to League One for the first time in their history.

In terms of team news, Rovers have a clean bill of health and have been boosted by the return of Ebou Adams from the Africa Cup of Nations after he was on duty with Gambia. Former Celtic man Regan Hendry took his place whilst he was gone but Adams gives them more energy and enthusiasm in the middle of the park. Their striker Matty Stevens’ goal against the Dale sees him level on 20 goals with Newport’s Dom Telford in the top scorers’ charts now and the race is on between the duo between now and the end of the campaign for the top price. Forest Green’s other striking option Jamille Matt may also have something to say about that as he currently has 18 to his name.

Sign up to Betfair and get a full refund if your first bet loses. Grab an account through the offer below and place £20 on the 5/1 League Two Best Bets Accumulator. Here are the two possible outcomes: