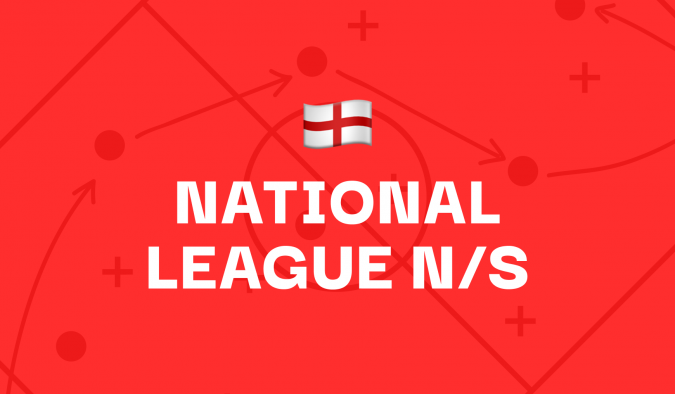 Since their nine-game unbeaten opening to the season ended, Jim Bentley’s AFC Fylde side have struggled to really build momentum and keep pace as Gateshead and Brackley Town push on in their bid for promotion to the National League.

The Coasters have won six of their last 13, thrice winning back-to-back matches but falling at the third hurdle. This happened again on Tuesday night, Fylde taking a 2-0 lead at fellow promotion chasers Chorley in what would have been a big victory on the road, only to concede twice in the second half. However, the result did mean it’s four unbeaten since Boxing Day and their home form suggests that should turn to five on Saturday.

Fylde have played ten matches at home this season, winning eight, drawing one (v 2nd place Brackley Town) and losing one (v 5th place Chorley). Curzon Ashton, meanwhile, tend to struggle on the road. They have won just three matches away from home all season, all coming under the stewardship of former-manager Steve Cunningham and all against sides currently in the bottom half of the table. The Nash have won just one of their ten matches against sides in the top half of the table.

Curzon will be buoyed by recent high-scoring victories against Blyth Spartans and Chester at home but Mill Farm is something of a fortress and Fylde should take the three points.

It’s hard not to side with Brackley Town in this one.

For starters, Brackley Town are second in the league table and with good reason, having lost just three league games all season. Their home record is excellent too, the Saints having conceded just four goals in ten home matches, winning seven, drawing two and losing one – a surprise 3-1 defeat against Darlington in September. Since then, Brackley have played seven league matches at St James’ Park and conceded zero goals.

Farsley Celtic, meanwhile, are in complete disarray. They have won just three league matches all season and lost each of their last seven league matches, conceding at least three goals in five of those matches. They were beaten 4-0 in Southport, 6-0 at home to Darlington, 4-0 against Hereford and, most recently, 3-0 at Boston United. Unsurprisingly, it has led to Neil Ross being moved on as the club look to avoid a return to the Northern Premier League.

Normally, I wouldn’t bet against a side whose manager has just been moved on. However, with The Celt Army consistency losing comfortably, you wonder how much change can be implemented in a couple of days, especially when they are a part-time club. With the odds too short to bet on a home victory but Brackley likely to win to nil, I’m going to go with Both Teams to Score – No here.

It was always going to be an interesting test of mental strength to see how Kidderminster Harriers would respond to finally losing their unbeaten run.

It happened on January 18th at Hereford, a 2-0 defeat ending their ten-match unbeaten run in the league. Would a fourth round FA Cup tie against West Ham United prove an unwanted distraction to their impressive league form? Would it spark a similar run of form to the one that saw them lose three games in a row back in September and October?

The answer was no. Kiddy responded with a 3-0 thrashing of York City and then a 1-0 victory at Kettering Town in which their defensive resolve was tested amid a fairly subdued performance. Clearly, Russell Penn’s side know how to win football matches. They’ve certainly proved they know how to win football matches at home. The Aggborough outfit have a near-perfect record against sides currently positioned 10th or lower in the league table, picking up 37 points from a possible 39 and winning all seven home matches.

It spells trouble for a Gloucester City side who followed a first away victory of the season with a draw and three defeats. Their recent games have been tight but a lack of goals has been a huge problem and it’s little surprise that Mansell is now overseeing a transition of his squad, Dejon Noel-Williams being the first to move on.

Southport keep winning football matches. It’s now 13 league matches unbeaten and the Merseyside outfit have conceded just five goals in that time, including just one in their league eight. They have won ten of those 13 matches and not even an enforced break from action could slow them down with victories over Bradford Park Avenue and Gloucester City coming within four days of each other after a three-week absence from league matches. It’s been some turnaround for a side that started its campaign without a victory in seven.

There’s no reason why they can’t keep their run of form going when Guiseley come to visit on Saturday. For starters, they are unbeaten at home, winning seven and drawing one of their eight matches against sides below them in the table. They also have a near-perfect record against sides in the bottom seven, securing 19 points from a possible 21.

In fairness to Guiseley, they picked up a much-needed victory against Alfreton Town on Tuesday with new signing Dom Tear at the double and have scored in their last three matches, something they hadn’t managed since August. However, it hasn’t been a season of many positives for the Yorkshire outfit, Russ O’Neill and Marcus Bignot struggling to get a consistent tune from what is a very young squad overall. Leading into this one, it’s notable that Guiseley have won just two of their ten away matches, coming against 16th and 22nd in the league table, and have failed to beat any of the top 12 in 13 attempts – they have picked up just three points in those matches.

Southport’s run will come to an end eventually but I don’t think it’ll happen on Saturday.

When a team is on a long unbeaten run, you’re waiting for the moment it collapses. For Maidstone, it perhaps felt like that moment might be coming. After six straight victories, they succumbed to draws away at much-improved Billericay Town (1-1) and St.Albans City (0-0). It meant Tuesday’s derby clash with promotion rivals Ebbsfleet United was a test of their mettle and they came through it with flying colours, winning 4-0 to send their fans home happy.

Manager Hakan Hayrettin was delighted with his side’s work rate and professionalism and he will hope that carries into Saturday’s clash when they travel across the Thames to Canvey Island to take on Concord Rangers. The Stones are now unbeaten in their last 10 and their away record has been impressive, losing just once – and that came during their one poorer period of the campaign during October and November.

As for Concord Rangers, their home record looks decent on the face of it with five wins in ten matches. However, they have won just two of their last seven at Thames Road and have won just one of their last nine overall, including none of their last five. Despite their impressive draw away at Dartford last time out, it’s hard to make a case for them picking up all three points against a Maidstone side in a great vein of form.

The last week has been an absolute horror show for Ebbsfleet United.

After a two-break from league action, they were hammered 5-1 by Dorking Wanderers before being thumped by Maidstone United 4-0 in their local derby. It’s hard to imagine their travelling support being enamoured, especially as it means Maidstone have now done the double over them this season and they have failed to beat any of the current top three in four attempts.

A positive response is going to be demanded by all at the club and the visit of Hampton & Richmond Borough represents a good opportunity to right recent wrongs. For starters, this isn’t the first time Ebbsfleet have lost back-to-back games this season and they were followed by six and five match unbeaten runs. Furthermore, their home form is excellent, winning seven of their ten matches at the Stonebridge Road Stadium, including three of their last four.

The Beavers, meanwhile, are typical of a mid-table outfit – generally solid against the lesser lights in the division but struggle against the better sides. That is reflected by picking up 22 points out of a possible 33 against sides positioned 12th or lower in the league table and just seven points from a possible 33 against sides 11th or higher. Also, away from home, they have lost three and drawn two of their games against top half teams.

The Beavers may point to a 3-0 victory in the reverse fixture as evidence they are capable of beating the better sides but Ebbsfleet will want a strong response to recent setbacks and should come away with all three points.

Sign up to Betfair and get a full refund if your first bet loses. Grab an account through the offer below and place £20 on the 15/1 National League North & South Accumulator. Here are the two possible outcomes: