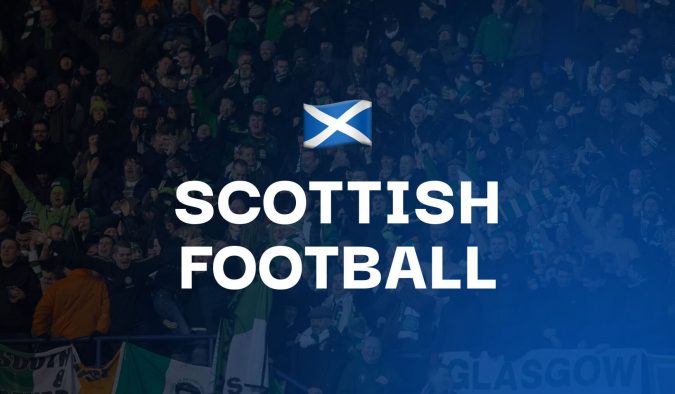 We are now at the business end of the Scottish Football season and with a six-point lead at the top of the Premiership, Celtic are closing in on regaining their crown from Rangers. There is little doubt that they will overcome Hearts in Saturday’s early kick off, with the Parkhead side having been exceptional at home since drawing 0-0 with Livingston on October 30.

Although a 10-game winning streak in the league was brought to a close by Rangers in a 1-1 draw last weekend, that was ample for the Hoops to retain control of the title race from their great rivals.

It was, meanwhile, just the fourth occasion on which both teams have scored in a league match at Celtic Park this season. When Celtic have faltered in the past at home, it has been because they have been held 0-0. They have only twice picked up victories and conceded – once against Aberdeen in November and once against Dundee in February.

Having lost to Hearts on the opening day of the season, minds will be focused on the challenge this match presents. Indeed, their two subsequent victories over the Edinburgh club have been by just a single goal, suggesting that this is in line to be another hard-fought encounter.

Given Celtic’s robust defensive record at home, plus the need to pick up three points to keep the pressure on Rangers in the title race, look for them to see this match out with a cleansheet against an opponent that barely mustered a goal-per-game on average on their travels in the regular stage of the season.

Ross County can go a long way to securing a top-five finish on Saturday if they can overcome Motherwell in Dingwall. Given that the visiting side have been miserable away from home this season, the odds appear in favour of County getting the job done.

Indeed, Malky Mackay’s side have a healthy record against Motherwell over the course of the last year. They have met four times in the previous 12 months, with County having picked up victories in three of these, including the only home match they have played.

Although the hosts have a tendency to draw at home – seven of their 17 fixtures at Victoria Park this season have been drawn – there is little history of draws between these clubs. Indeed, none of the last 11 fixtures between the pair, dating back to April 2018, have ended all square.

Motherwell, for their part, have one of the worst away records in the Scottish Premiership, with their home form the reason they have made it to the top-six. On their travels, they have earned just a couple of victories from 17 games. Only bottom side Dundee and Aberdeen have poorer records.

Moreover, while Ross County should have the pick of their regular players, Motherwell are missing a sprinkling of regulars, including Scotland right-back Stephen O’Donnell, who is presently out injured.

Ross County’s recent form does not look great – they have won only one of their last five in the league – but two of those matches have been against Celtic and two have been against Hearts, giving this record an unfair reflection of where they are at. Motherwell, meanwhile, have won just once since Boxing Day.

Saturday’s trip to Livingston will reveal a good deal about where St Johnstone are mentally at the moment. They are virtually guaranteed to finish in the bottom two but still have a little work to complete in order to ensure they are not relegated.

Callum Davidson’s side had finished the regular season in relatively good style until they were hammered 7-0 by Celtic away from home, and since then they have mustered only a point from two matches against Dundee and St Mirren. Last weekend’s home loss to the Paisley side will have been a difficult one to take.

Now St Johnstone have to bounce back against a Livingston side that has won its last couple. However, they have picked up successive victories against this opponent in the league, while they have also won all of their last three visits to West Lothian – each by a single goal.

A tight match is surely inevitable – St Johnstone’s 35 matches have produced only 68 goals in total – but a combination of motivation and a good head-to-head record favours them.

Additionally, Livingston have doubts over striker Bruce Anderson, who has 11 goals and four assists for the season, making him indispensable to the club. With nothing to play for, it would be surprising if he were unduly risked. Similarly, first-choice goalkeeper Maksymilian Stryjek is banned.

Livvy might have won their last two at home, but completing a hat-trick promises to be a difficult challenge against an opponent they simply do not like.

Montrose hold a 1-0 advantage following the first leg of their playoff semi-final against Airdrie, but expect the home team to bite back in this match. Indeed, it was a surprise that the Gable Endies picked up victory earlier this week given their injury record, but they have never previously reached a playoff final, having been at this stage in each of the last couple of seasons.

Much of the first leg was controlled by Airdrie after they lost an early goal, and they will expect to be too strong for their guests on Saturday. Their home record in the regular part of the league season was exceptional. After losing their first two matches of the campaign, they suffered just a single loss in their subsequent 16 matches, winning 12 of those.

Moreover, the Diamonds had impressive firepower. In their last 16 home games of the season, they averaged scoring over two goals per game.

Montrose, meanwhile, have chronic defensive problems coming into this match. They have only one fit centre-back and are liable to play top scorer Graham Webster as a full-back in the subsequent reshuffle. Goalkeeper Aaron Lennox is also ailing with injury.

Going in their favour is a strong head-to-head record against Airdrie, but they have lost on two of their last three visits to the Lanarkshire club, including a 4-1 defeat when they last met at this venue in February.

The hosts should be backed by a strong home crowd, and they should leave happy.

Sign up to Betfair and get a full refund if your first bet loses. Grab an account through the offer below and place £20 on the 17/2 Scottish Football Best Bets Accumulator. Here are the two possible outcomes: