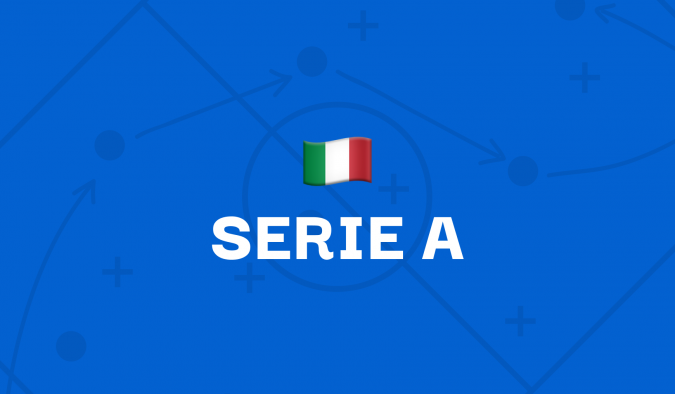 Salernitana are coming into this match against Sassuolo off the back of a 5-0 thrashing from Inter last weekend in Serie A. After four draws in a row, they had the sort of match that many of their fans have come accustomed to seeing this season.

Sassuolo are the sort of team that on the right day, could easily go and put five past Salernitana as well. The likes of Gianluca Scamacca, Giacomo Raspadori, Domenico Berardi and Hamed Traore can give the best defences a seriously difficult game.

If the Neroverdi show up and play half as well as they can going forward, they will score goals. They are suspect at the back though and have struggled to dispatch of the teams beneath them in the table this season. That’s what has held them back from the European places.

Despite their tendency to slip up against the team’s right at the bottom, it is hard to imagine the Neroverdi not finding the back of the net against Salernitana who remain rooted to the bottom of the table.

Even more so considering they come into this match having won the last three. They could be finding the consistency that has been alluding them all season so far under Alessio Dionisi. It’s Sassuolo’s game to lose down in Salerno on Saturday and if they don’t take all three points, it will be due to wasteful finishing.

This one is a huge game at the bottom of the Serie A table as Cagliari attempt to leapfrog Spezia and move further away from the relegation zone. Spezia have been hovering relatively comfortably above the relegation zone all season but they have now lost their last four Serie A fixtures and have found themselves right in the midst of the fight.

Cagliari have been heading in the opposite direction. They have spent much of the campaign in the bottom three but their own improvement and Venezia’s poor form means that they now sit in 17th place having only lost one of their last five games.

With the positive momentum that the Sardinian side have and the slippery slope that Spezi have begun to slide down, this could be one that goes with form and changes the complexion of the relegation battle.

Joao Pedro will, of course, be the main man for Cagliari and often all he needs is the sniff of a chance and he can make all the difference in these games. Having a player like him could be what keeps Cagliari in the division rather than Venezia or Spezia who lack a prolific source of goals.

The two sides are on the same number of points coming into the game but it feels more likely that Cagliari will have climbed one place closer to salvation by the full-time whistle.

Juventus will be viewing this game as another chance to extend their deeply impressive unbeaten run. They have not been beaten in Serie A since a home defeat to Atalanta at the end of November.

Whilst there has been plenty of draws in that run and the football has not exactly been a joy to behold, they’ve put themselves back in the conversation for the title should the three teams ahead of them slip up again.

Sampdoria find themselves in very precarious position in the Serie A table now after mostly drifting through 2022 so far. They’re only four points ahead of Venezia in the bottom three who also have a game in hand over the three teams immediately above them. Sampdoria will be more than content to take a morale-boosting point against Juve on Saturday which isn’t a recipe for a game with an abundance of goals.

As has become the norm, Juventus victories are often by a single goal or two this season. As soon as they take the lead, Massimiliano Allegri seems content to tighten things up and see the game out and move on to the next one. Another factor in Juve’s approach to this game is that they have a Champions League Round of 16 second leg against Villareal to contend with on the following Wednesday.

Whilst they have three full days to recover ahead of that match, Allegri will not be risking any injuries to key players if the Bianconeri do take an early lead at the Marassi on Saturday evening.

This all points to another low-scoring victory for Juventus.

After that slight wobble that saw AC Milan draw with both Salernitana and Udinese, they got their mojo back with a superb away performance against Napoli that resulted in a 1-0 win.

That victory put them back to the top of the Serie A table and they will see a home game against Empoli as a superb opportunity to build a run of form like the one they had at the very start of the season.

As they play a day earlier than Inter and Napoli this weekend, Stefano Pioli will know that a win will apply some pressure to the chasing pair who can’t let the Rossoneri build a gap. They’re currently two points ahead of Inter and three ahead of Napoli.

AC Milan will feel confident and Empoli will not as they are in their worst patch of form since the season began. They have drifted from an impressive mid-table team into a side that could soon find itself in the relegation scrap if they do not pick up at least three more wins.

Their last Serie A win came in mid-December and was actually away to Napoli. That barren run of form means that they are unlikely to find the back of the net at San Siro on Saturday evening.

The Azzurri’s confidence appears to be shot and facing a Milan side with the likes of Olivier Giroud, Rafael Leao, Brahim Diaz and perhaps a returning Zlatan Ibrahimovic will surely result in another defeat

Sign up to Betfair and get a full refund if your first bet loses. Grab an account through the offer below and place £20 on the 11/1 Serie A Best Bets Accumulator. Here are the two possible outcomes: