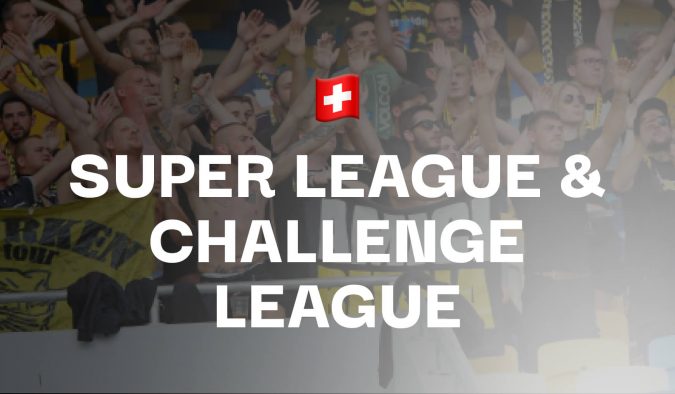 There aren’t many positives that SC Kriens can take into next season in the third-tier of Swiss football, but their victory over FC Wil last Saturday is one of them. The 2-1 result was their first win in sixteen games and at the very least ensures they have reached a double-figure points total in this campaign.

Neuchatel Xamax were big winners at home to Thun and reignited their hopes of a top-half finish after the 4-1 thumping at the Stade de la Maladiere. It is the first time that Xamax have scored four goals since August and it will provide a confidence boost after scoring only one goal in three winless games prior to last weekend.

Kriens have battled hard this season despite the vast quality difference on display between themselves and the rest of the league this season and they deserved that rare victory over Wil. That being said, that result is likely to be a short-term reprieve rather than anything they can build on. Xamax have been inconsistent but they’ve also beaten Kriens in the last three matches.

FC Wil suffered the ignominy of being the first side since October to lose to bottom of the league SC Kriens last weekend, dropping down into ninth as a result. Safety is already secure and there is a twenty-six point gap between themselves and the bottom of the table, but it was a disappointing result, their second in a row, and they’ll be looking to put things right for the visit of SLO.

The problem for Wil all season has been their defence. They have no problem scoring goals, they have the second-highest goals total, but simply can’t stop conceding. Incredibly, they have scored three or more goals on four occasions this season, but failed to win any of those matches.

Stade Lausanne-Ouchy are at risk of missing out on a top-half finish after their winless run was stretched to four games in their home loss to Yverdon-Sport. They have also conceded in their last five games.

FC Wil games are always entertaining. 24 of their 29 matches have had Over 2.5 goals while two of the three matches between these two this season have also ended with three or more goals. With neither in good form but scoring and conceding plenty, I expect that it’ll be a high-scoring affair again at the IGP Arena.

Just shy of a month since winning in Bern for the first time since 2014, FC Zurich face BSC Young Boys again in the Super League. Not much has changed since that night in mid-March for the home side, they remain in pole position for the league title and were relieved to see dropped points go unpunished for a second consecutive weekend after their 1-1 derby draw against Grasshoppers. With just seven matches left to play, it would take something approaching a miracle for der Stadtclub to let their eleven-point lead slip.

Given their complete domination of Swiss football in the last four years and their record-breaking title win just last season, it is hard to believe that Young Boys have not won a league match since March 1st. Their run of six winless games is their longest without victory since 2013 and pre-season title ambitions have turned into just trying to ensure that they don’t miss out on Europe altogether.

FCZ have had the better of the last three meetings with two wins in the last two and one defeat that came back in September. Since then, FCZ haven’t looked back while YB have been a picture of inconsistency. The champions-elect have toiled in their last two matches but they have been strong all season, especially at home, and should be able to avoid defeat against a YB side that have won only one of their last nine away fixtures.

This match on Saturday will see two of the three most successful sides in Swiss football history go head-to-head. Servette and Grasshoppers are both a long way from those dizzy heights of their title triumphs a couple of decades ago but have much still to play for as we head down the final straight of the 21/22 campaign.

SFC continued their ‘Jekyll & Hyde’ routine last weekend as they bounced back from their inexplicable 4-1 away defeat to bottom club Lausanne by picking up the three points in a 1-0 victory over Zurich. Away form continues to trouble the Genevans but they are one of the strongest home sides in the league and are unbeaten in their last seven at the Stade de Geneve.

I don’t expect Servette to lose this match, but there is little value in the ‘Double Chance’ market, and they are too erratic to confidently predict victory. Instead, I would go for Both Teams to Score here. GC are winless in their last nine but have found the scoresheet in all but two of those games. SFC are far from watertight at the back, as shown by their 4-1 humbling at LS, and the previous three meetings this season have produced thirteen goals with both finding the net in all three.

Sign up to Betfair and get a full refund if your first bet loses. Grab an account through the offer below and place £20 on the 11/2 Swiss Football Best Bets Accumulator. Here are the two possible outcomes: